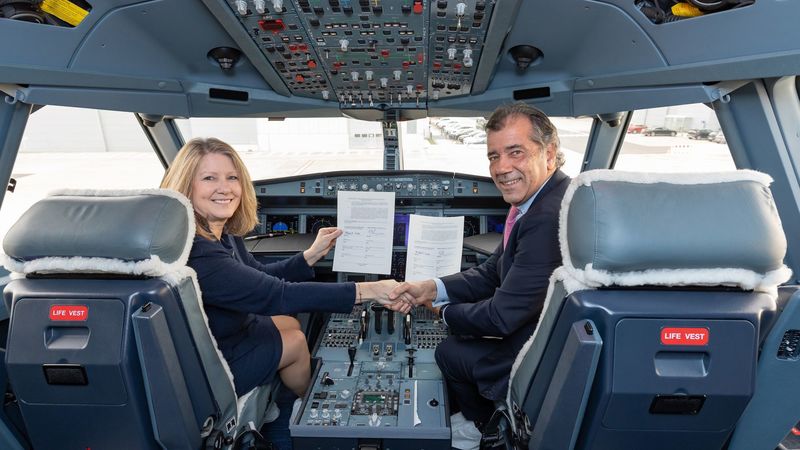 Airbus and Lockheed Martin have their eyes firmly on the US aerial refuelling market after signing an agreement to work together in this area.  The Memorandum of Agreement will see the two aerospace giants attempt to exploit the growing demand for air-to-air refuelling from US defence customers.  KDC Group knows a little something about this market after working on the KC-46 Air-To-Air refuelling project for many years and this new tie-up promises to be an interesting gambit by Airbus and Lockheed Martin.

At the heart of the agreement is the Airbus A330 Multi Role Tanker Transport (A330 MRTT), the jewel in the Airbus Air-To-Air refuelling crown, which is in service daily around the globe.  The two companies will investigate a wide range of opportunities such as business models for supporting near-term customer needs for aerial refuelling through to innovation and how air-to-air refuelling might work in the future.

Lockheed Martin has developed expertise with large aircraft and tankers over the years in areas such as systems integration, manufacturing and MRO operations. Of course, the company is already a prominent US defence contractor which will help greatly in such a venture.

Airbus Defence and Space Head of Military Aircraft Fernando Alonso said: “The A330 MRTT has been selected by a dozen nations around the world. It is extensively proven in live operations and has been repeatedly praised by major air forces. We are convinced that the combination of Airbus’ tanker expertise with Lockheed Martin’s extensive US presence, has the potential to provide highly effective solutions for current and future US military aerial-refuelling requirements.”

“Reliable and modernized aerial refuelling is an essential capability for our customers to maintain their global reach and strategic advantage,” said Lockheed Martin Chairman, President and CEO Marillyn Hewson. “By combining the innovation and expertise of Airbus and Lockheed Martin, we will be well positioned to provide the United States Air Force and allies around the world with the advanced refuelling solutions needed to meet 21st century security challenges.”