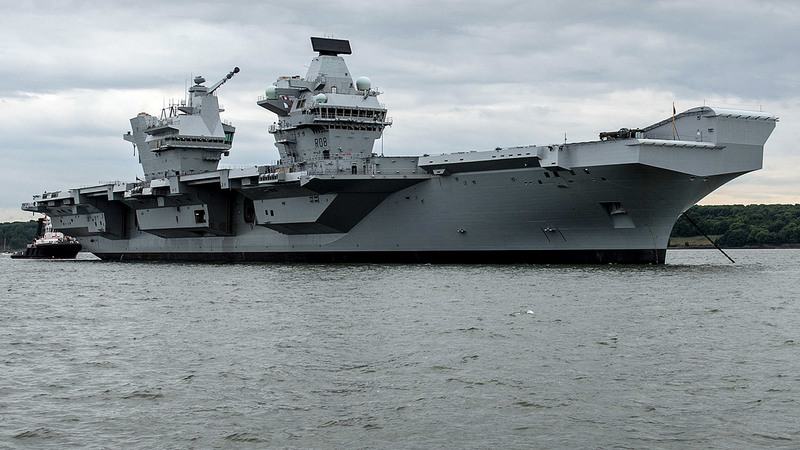 The HMS Queen Elizabeth, soon to be the Royal Navy’s flagship, has sailed into her home in Portsmouth for the first time.

The aircraft carrier is the Royal Navy’s largest ever warship at 65,000-tonnes and will carry 11 brand-new F-35 jets to project Britain’s power around the world.

Secretary of State for Defence Sir Michael Fallon said: "Today we welcome our mighty new warship, HMS Queen Elizabeth to her home for the very first time. She is Britain’s statement to the world: a demonstration of British military power and our commitment to a bigger global role.

"The thousands of people across the UK who have played a part in building her and her sister ship, HMS Prince of Wales, should be immensely proud as our future flagship enters Portsmouth. She has made good progress in sea trials and will now embark on the next phase of preparations that will see the return of Britain‘s carrier strike ability.

"When she enters service she will help keep Britain safe at a time of increased threats, able to fill multiple roles from providing air power anywhere at any time to fight future campaigns, supporting allies or delivering humanitarian aid.