How Hiring has Changed 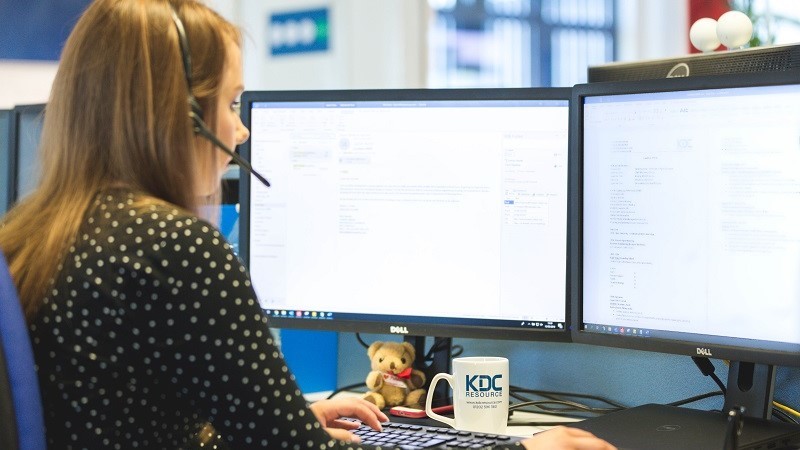 A few years ago, finding great people to join an organisation relied on a few simple tactics.

Post ads in the local or national newspapers, as well as any industry magazines. Then call through the list of candidates that you’ve already spoken to a dozen times before.

Occasionally it would yield results but more often than not you’d either have to put up with a subpar candidate – because no one else applied – or coaxing someone away from a role they were happy in for more money.

Then the internet happened.

Websites and job boards sprang up and suddenly recruitment became a little more inbound. Candidates were coming to recruiters and hiring managers and that allowed databases to be established and to consistently grow.

This opened businesses to a much wider talent pool which meant better quality hires. But it wasn’t without its problems.

CVs were (and are) static documents which meant they quickly fell out of date and recruiters had no way of knowing who was still on the market or who had found a new position. Or who had sold up and gone to live in a cabin in the woods.

But the internet was just the beginning.

The Internet of Things

The proliferation of the internet resulted in tools and platforms for candidates and recruiters alike to use in order to advertise and apply for roles faster and more effectively than ever before.

Websites like Jobsite allows candidates to set up profile that showcases their experience and personality and allows recruiters to find them and make swift contact.

LinkedIn upped the ante by giving users a global network of businesses and professionals that they otherwise wouldn’t know existed.

The job market effectively became international with opportunities coming from all over the world.

It also allowed recruiters and hiring managers to find candidates who were both actively looking for a new role and who’s work experience was up to date. And often appended with additional qualifications, certifications, recommendations and endorsements.

It serves as a living record and – to an extent. A verification method that the individual can do what they say they can.

The downside is it’s very easy for LinkedIn users to ignore recruiters. As is their right, but it’s a little frustrating when there’s a great role they could be perfect for on offer. The other downside is that it’s staggeringly easy to get friends to endorse you for all your claimed abilities.

Equally modern job boards serve as gateways to an almost unlimited supply of candidates. Providing you know how to leverage the host of features; businesses can be put in touch with their perfect candidate in a matter of days and complete the process in weeks.

Instead of months of painful and often fruitless advertising.

Mobile technology transformed the recruitment business. Emails on phones, job board apps and LinkedIn mean that recruiters went can get a response in a couple of hours. Instead of waiting a day or more in the past.

Candidates can respond to or apply for opportunities faster than ever before. And thanks to the advent of cloud storage, they now often have their CV within easy reach too, meaning recruiters can progress applications the same day.

The downside for the recruiter is the candidate expects the same kind of response. Which is difficult because they are often the middle link in the chain, trying to get two separate parties to align. Even internal recruiters struggle with this issue.

On average, 82% of candidates expect to hear back about a role they have applied for but only 29% ever do.

But as the internet has become more ubiquitous, the technology underpinning it has improved, providing even more tools to make the hiring process less complicated.

Faster connection speeds and more powerful computers means that it’s also much easier to arrange interviews – or at least first stage interviews – over video calls. Zoom, Skype and Google Hangouts all allow businesses and candidates to have a conversation, wherever they are in the world.

There are obvious huge cost savings if the candidate lives in another country - or even the other end of the country. Plus, there’s inevitably an awkward conversation to be had if someone you flew out for a first interview doesn’t make the cut.

Video calls avoid all those problems.

Of course, there are drawbacks. The poor internet connection can render the technology useless. And there really is no substitute for meeting the person in real life.

As a first interview tool, video calls are effective, providing you keep it focused to can they – at a basic level – do the job and are they pleasant to talk to.

If the answer to both those questions is yes, then that’s when you get them on a plane.

For all the technological leaps that make it easier and faster to find candidates and move them through the process, the biggest shift has been the emphasis on culture.

Turning up and doing the job day after day holds very little interest for the modern workforce. Jobs aren’t for life anymore. Especially if the individual doesn’t feel valued or like they’re making any meaningful contribution.

Employers are starting to think along the same lines too. They don’t want clock watchers or people who see their organisation as a steppingstone.

They want people who are motivated, passionate and committed to the cause. To make the difference they so desperately want to make.

We’ve seen incredible candidates on paper get turned down by some of our most prestigious and exciting clients because they weren’t a good cultural fit.

It’s a hard thing to tell a candidate. That they didn’t get their dream job because – basically – the hiring manager didn't like them very much.

Obviously, we’re more diplomatic than that when providing feedback but that’s what it boils down to.

Recognising that the culture of a company is what holds the company together – not an alpha leader type or huge profits while driving down the cost to operate – is a seismic change.

As recruiters we now must consider the type of person we’re speaking to on the phone, not just whether they can do the job.

The reality is the industry is changing all the time. As the new generation of recruiters and candidates come of age, the methods used to communicate will change too.

Some of the most successful recruiters in the industry never pick up their phones. Simply because they don’t need to. They have worked out where their candidates hang out and how they like to be communicated with.

As a result, they do all their recruitment through Facebook, LinkedIn, Twitter and forums. It’s unconventional but it works.

It’s unlikely that some of more accepted approaches – like a good old-fashioned phone call or email – will ever truly disappear. It will just evolve.

But as company culture changes – and employees feel greater freedom to take a phone call from a recruiter, rather than guilty, it will get easier to reach out to them about opportunities, not harder.

KDC Resource are expert technical recruiters in to the Aerospace & Defence, Space, Emerging Technologies and Cyber Security sectors. If you’re looking for a new role upload your CV today.

Alternatively, if you have requirements you need support in the filling, contact us and a member of the team will be in touch.