The 500th Eurofighter delivered to the Italian Air Force 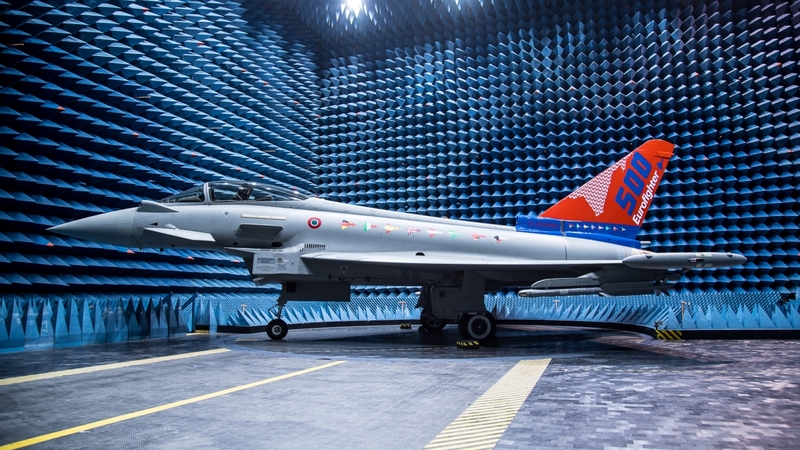 The 500th Eurofighter has been delivered to the Italian Air Force in a special ceremony at Leonardo Aircraft Division’s Turin site.

In total, 599 of the aircraft have been ordered, making the Eurofighter the largest collaborative industrial programme in Europe.   Almost 400,000 hours have been flown.

"The 500 strong Eurofighter Typhoon fleet represents one of the largest and most capable fighter fleets in the western hemisphere, and will be the backbone of European airpower for decades to come.  Today’s handover is a great testament to the programme’s success, and I firmly expect to see the fleet grow further as our partner companies continue to pursue opportunities for more orders internationally."

"We are very proud to deliver the 500th Eurofighter Typhoon produced to the Italian Air Force. The Eurofighter Typhoon is the largest collaborative industrial programme in Europe, it is a successful and significant contributor to the nation’s economic wellbeing, employing high-skilled workers and generating thousands of high-value manufacturing and engineering jobs. We are now fully committed to completing deliveries to the Italian Air Force, to develop the capabilities of the aircraft, and to the activities envisaged by Kuwait’s contract, while  continuing to pursue a number of significant market opportunities around the world."