The Current Status of the Royal Navy’s Fleet 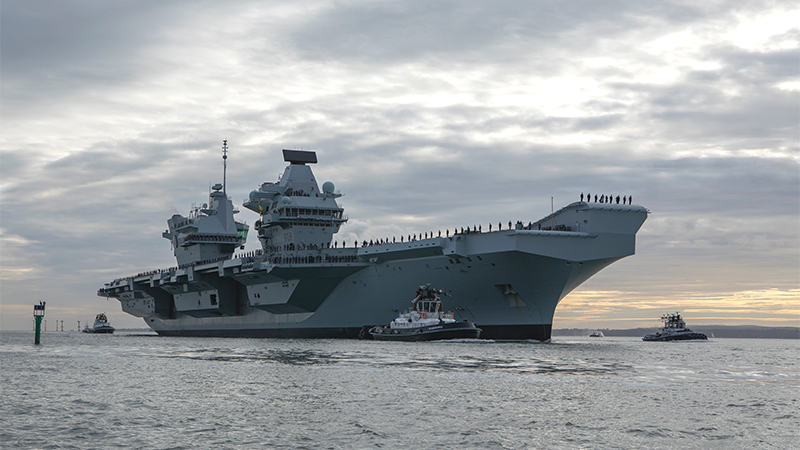 Although Britain’s armed forces are currently undergoing something of a shakeup, the Royal Navy retains a considerable presence at sea. While the UK might not have the largest naval fleet in the world, it more than makes up for this with its technologically advanced ships.

Considering recent adjustments to funding and structure, now seems like a good time to take a look at the Royal Navy’s surface fleet to understand how it functions as an international naval force.

As of August 2021, the Royal Navy has 64 vessels in its surface fleet. This excludes HMS Victory, as this is in commission but no longer suitable as a modern warship.

The largest group of warships is the Type 23 frigate, of which there are 12. HMS Monmouth left service on 30th June 2021 after being laid up for more than a year. While frigates primarily deal with submarine hunting, they also form the backbone of the naval workforce.

Although there are only six Type 45 Destroyers, they are possibly the most formidable group of ships in the naval fleet. Each ship features a range of weaponry for tackling small surface vessels and missile attacks. They achieve this using the Sea Viper missile system, an advanced missile array that can guide 16 missiles simultaneously.

Unsurprisingly, auxiliary ships make up the bulk of the navy’s surface fleet. These include hospitals, cargo ships and tankers, and the Hunt and Sandown Classes of mine hunting vessels. Many patrol and mine-hunting ships entered service in the mid-to-late 80s, and will likely soon be replaced.

The most recent additions to the fleet are the two Queen Elizabeth Class aircraft carriers, which entered service in 2017 and 2020. Considered the nation’s flagships, they are the largest and most advanced warships in the Royal Navy.

Each ship is large enough to accommodate any helicopter in the British armed forces, but they will primarily launch F35 stealth bombers on covert missions. The carriers are armed with Sea Viper arrays and the Navy’s Phalanx 20mm Gatling gun.

According to the Navy’s website, its mission statement is to protect the UK’s interests, at home and abroad. In short, this translates to keeping maritime shipping lanes safe, aiding humanitarian missions, and preventing conflict in hostile areas.

It is likely due to the UK’s presence in NATO and the UN that our current naval fleet leans heavily towards carrier vehicles. The Queen Elizabeth Class aircraft carriers will allow British forces to deploy rapidly into conflict zones without establishing land bases. Although not a novel tactic, it will help the Royal Navy to remain a forceful presence on the world stage.

We are at an interesting turning point in the defence industry. The UK, along with other major nations, is moving towards more technologically advanced warfare. It means we will likely see an overhaul of our current forces, as it will mean fewer people deployed in the field.

What effect this will have on naval vessels is unclear but will present itself in the next decade or two. Considering the modular design of the latest ships, it will involve more technology, more remote operation, and smarter warfare.