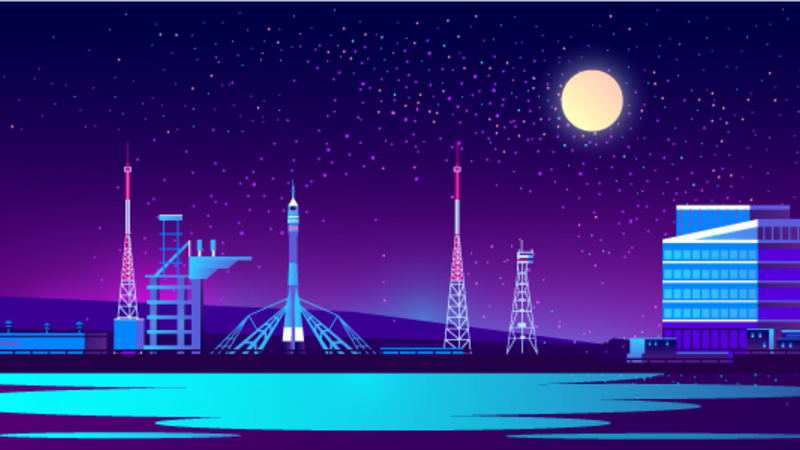 Historically, the space industry has been dominated by the USA and Russia. While the UK has sent a few astronauts into space, we have never made a robust attempt to launch our own attempts. That is, until very recently.

In late 2020, Boris Johnson pledged to launch a British spaceport satellite as early as 2022. With the planning permission that was recently granted on the Scottish spaceport site, this pledge looks to be more realistic than ever.

In its recent bid to get involved in the commercial space industry, the UK investigated sites for horizontal and vertical launch pads. It managed to find a suitable location for each: Scotland and Cornwall.

The Scottish site, known as Sutherland spaceport, will be a vertical launch site. As the name suggests, Orbex will use the site to launch spacecraft vertically; the UK Space Agency chose the site due to its suitable proximity to both polar and sun-synchronous orbits.

Located on the Mhoine Peninsula in northern Sutherland, the spaceport site is suitably dislocated from any nearby residential areas. This was, of course, a primary deciding factor when choosing suitable locations.

Although the site is currently beginning construction, British aerospace company Orbex has committed to launching from the site. In conjunction with Lockheed Martin, they hope to launch up to ten craft a year.

Unlike Sutherland, the Cornwall spaceport will be a horizontal launch site. It functions more like a traditional aeroplane runway and is in fact located at Cornwall Airport Newquay. The current plan is to have the infrastructure in place during 2021.

Cornwall Council is developing spaceport Cornwall in partnership with Goonhilly Earth and Virgin Galactic. The early investment of Virgin shows their desire for a viable commercial launch site in the UK.

Highlands and Islands Enterprise chose the site for several reasons. First, it is one of the UK's newest airports, meaning it already has the current infrastructure to support its commercial planes. Second, it has one of the UK's longest runways (2.7km), making it ideal for launching spacecraft. Also, much like Sutherland, it is suitably located away from any dense residential populations.

How the UK is Anticipating the Commercial Space Boom

In recent years we have already seen the move towards commercial space travel. Virgin Galactic and SpaceX are perhaps the two most well-known commercial space ventures, and this will only grow as more start-ups latch on to the development of low-cost and reusable space vehicles.

Orbex is one such company. They plan to invest in bio-propane rockets, which produce up to ninety per cent fewer carbon emissions than traditional rockets. Much like SpaceX, the company is currently looking into viable options for reusable spacecraft.

This is particularly applicable to the world of satellites. The UK currently produces a large portion of the world's satellites but has no launch infrastructure of its own. As demand for satellites and other forms of space travel is only set to grow, now is a good time to get involved.

Importantly, the UK appears to have grasped the concept of low-cost launch sites. For example, Sutherland spaceport was given £2.5 million in initial funding and is estimated to cost £15 million overall.

Similarly, Spaceport Cornwall is being dropped into an existing airport, making use of its cutting-edge infrastructure. The intention with both sites is to provide easy access to low-cost space travel to incentivise commercial entities to launching from the UK.

As a move towards commercial space travel and space tourism grows, the UK has positioned itself well to take advantage of the surge. The shift towards low-cost spaceports and tight price-points on launches will invite commercial entities that lack the traditional funding of government institutions. Hopefully, this is the beginning of a booming new British industry.