Virgin Galactic One Test Flight Away From Passenger Spaceflight 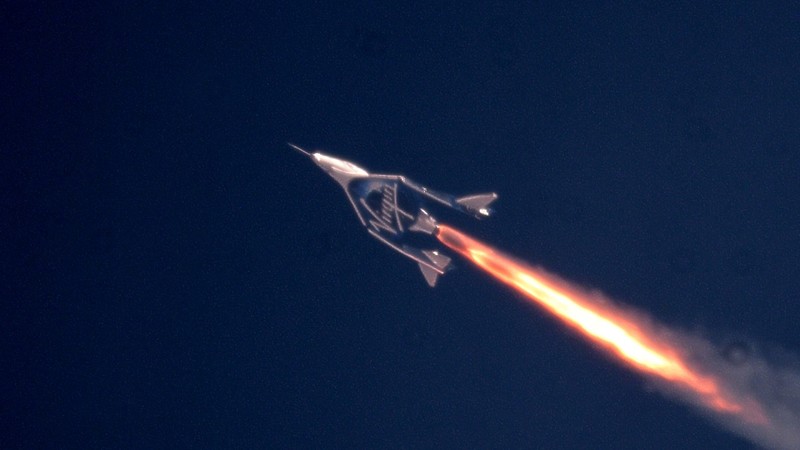 Virgin Galactic’s Unity spacecraft undertook a third successful rocket-powered flight last week.  This test flight saw the spacecraft go faster and higher than it has ever done before. In fact, Unity reached the Mesosphere for the first time by hitting an apogee of 170,800ft.

Unity was taken up to 46,500 ft by a carrier aircraft.  Once released, the vehicle pulled into a near vertical climb and thundered higher and higher at 2.47 times the speed of sound to 170,800ft.  This part of the Mesosphere is often referred to by experts as the “Ignorosphere”, as it is an under-studied atmospheric layer because it is above the range of balloon flight.

After a previous test flight, Virgin’s Richard Branson stated that the company was “only two or three more flights” away from reaching space.  With this new success, another barrier has been overcome and taking paying passengers to space may now only be one test flight away. A final test flight will likely need to reach a height of 264,000ft, the height that Virgin aims to take customers to, where humans would experience weightlessness and see the Earth’s curvature when looking back.

Once safely back on the ground at Mojave Air and Space Port, Chief Pilot Dave Mackay detailed the flight that he and fellow Pilot Mike “Sooch” Masucci, had experienced: “It was a thrill from start to finish. Unity’s rocket motor performed magnificently again and Sooch pulled off a smooth landing. This was a new altitude record for both of us in the cockpit, not to mention our mannequin in the back, and the views of Earth from the black sky were magnificent."