What Impact Will the Cost of EVTOLs Have on their Rollout? 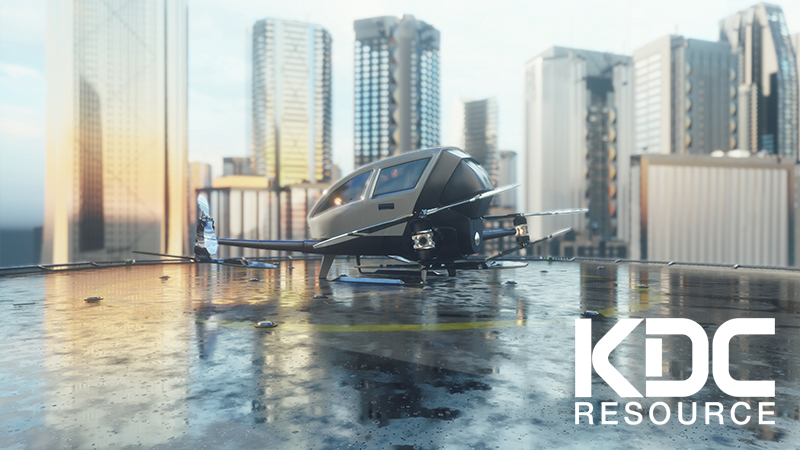 Like all emerging technologies, the cost of EVTOLs is a hot topic for manufacturers. Most notably, the high production and maintenance costs of EVTOLs will likely influence initial rollout due to hesitance about spending so much money.

What are the major costs involved in EVTOLs? Are they limited to production costs, or do adopters need to consider maintenance and infrastructure costs?

The first area of cost worth considering is the R&D side of EVTOL technology. Granted, this is currently underway, but EVTOLs will need plenty of technology that does not exist in the correct format.

This statement is true for both hardware and software. As we discussed in an earlier post, EVTOLs will rely on a novel form of AI for everything from take-off and landing to traffic avoidance. The hazards involved in navigating air space are vastly different from those involved in driverless cars.

Granted, technologies such as GPS, LIDAR and radar already exist. Still, they will need to be adapted to fit the requirements of crewless aircraft suitable for passenger transport, both from a safety and functionality perspective.

In terms of hardware, it appears that EVTOL will make use of carbon fibre reinforced polymers (CFRP) to cut down on weight. Again, this technology already exists in several applications, but these will need to be adapted to fit the structure and weight ratios of EVTOLs.

In short, while many companies are well underway with their R&D, there are still many hurdles that need to be crossed before companies can roll out EVTOL tech on a commercial scale. This research is expensive because it requires novel technologies that manufacturers must source and adapt from current industries.

Then we must consider the development of infrastructure at the endpoint. Cities will need large-scale hangers as central hubs, equipped with charging stations and smart technology. We will likely also see the development of something similar to bus stops or helicopter landing pads, at least in the early stages of rollout.

The initial costs of infrastructure will be very high, both for cities and for the production of EVTOLs. However, once this is in place, falling costs will hopefully stimulate further development of cheaper and more efficient technologies.

Of course, all this novel technology means considerable production costs. In 2019, Uber estimated that production could cost up to $1.2 million per four-seater air taxi. However, the same article acknowledges these costs could drop as low as $200,000 if a more significant number of units are produced at once.

Much of this production cost is associated with the new materials necessary for creating lightweight and efficient electric aircraft. Considering this industry is still in its early stages, it is no surprise that costs are so high.

That said, American aerospace company Archer announced in January 2021 that it had entered into a partnership with Fiat Chrysler Automobiles. The partnership is designed to give Archer access to FCA’s production and design knowledge to significantly reduce the costs of building CFRP EVTOLs.

This deal will likely set a future precedent for other EVTOL manufacturers to take advantage of existing infrastructure to reduce costs.

However, for those manufacturers looking to build their own supply lines, creating this kind of infrastructure will prove very costly. Current aerospace manufacturing techniques will be too slow and too expensive for this kind of vehicle.

Similarly, reliance on composites will impact manufacturing. Manufacturers can reduce composite production costs through additive manufacturing methods, but production will likely rely heavily on big data and automation to keep costs as low as possible.

Arevo is positioned to be a big player in EVTOL production. They produce 3D-printed thermoplastic composites on demand. While they are testing their business model on bicycle frames, the fact that Airbus is an investor in Arevo shows they plan to move into EVTOLs in the future.

The state of batteries

Lithium-ion batteries are still expensive; this is seen most evidently in the electric car market where owners often must rent the battery. Its cost is almost as high as the vehicle itself.

Therefore, batteries could remain something of a bottleneck for EVTOL production. Manufacturers are addressing ways to reduce the cost of rechargeable batteries, and their high demand will hopefully lead to a research boom that will significantly reduce costs. For example, lithium-ion batteries have already become six times cheaper in the last ten years, a trend that will inevitably continue.

Two critical areas of development are increasing energy density and improving battery lifespan. Currently, Li-ion batteries have a three-year lifespan and cannot be repaired if they malfunction. This needs to change to make batteries more cost-efficient and applicable for high-demand applications such as EVTOLs.

Nature recently published a study that investigated improving the energy density of Li-ion batteries. The study found plenty of scope within the current design for improving energy density by changing electrode materials and increasing the concentration of lithium. However, this technology needs further research before it is the solution for EVTOL battery issues.

A third area that needs to be addressed in the future is energy management software. EVTOLs will be very smart vehicles, so it makes sense that they would have adaptive energy technology to make the most out of their battery life.

For example, we will see developments in adaptive power consumption that will offer more or less power in different situations. These might range from weather conditions to journey length or any other factors that affect battery consumption. Similarly, we will likely see the introduction of low power mode-specific applications.

As we can see, EVTOLs will be very expensive in their early stages. However, this is not unique to the industry and is the case with any emerging or disruptive technology.

What is unique to the EVTOL market is the apparent desire and push towards electric vehicle technology. This will drive manufacturers to develop the least expensive and most efficient technology in the shortest space of time; the race will be to see who conquers the cost-effective EVTOL market.

Regardless, EVTOL production offers a wide range of exciting and interesting considerations, particularly novel technology, and its adaptation to an entirely new industry.