50 Years of Concorde and the future of Supersonic Flight 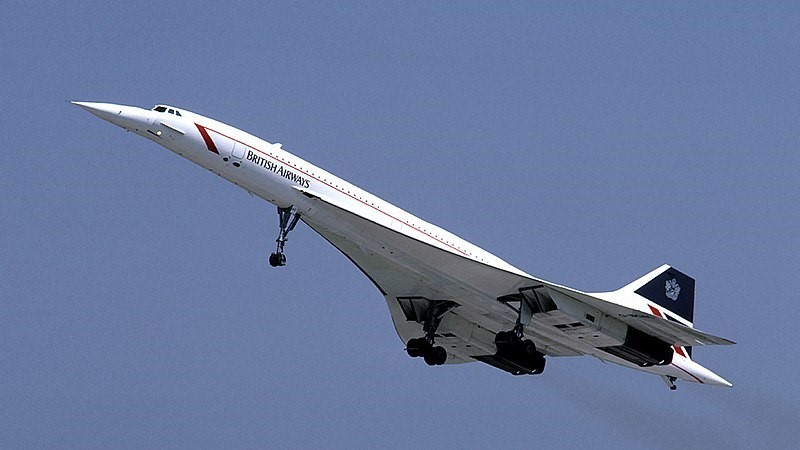 In the early years of aviation, it was a romantic, wonderous thing. It was about brave feats, privilege, mystique and adventure.

When the Wright Brothers took to the air, they were doing so in something akin to a powered kite.

In 1927 the Spirit of St Louis flew non-stop from Long Island to Paris, making it the first single-engine, single-seat aircraft to do so. The flight took a staggering 33 hours and 30 minutes.

But at that point in history the miracle was that it made it at all, not how fast it got there.

Even during the World Wars pilots were vaunted as Knights of the Sky. Daring, brave men who defied nature itself to do battle among the clouds.

Of course, we know the reality was quite different. Planes were unreliable, dangerous, noisy and uncomfortable. And the life expectancy of a pilots during the Second World War could be measured in weeks.

But that didn’t stop generations from falling in love with the miracle of flight.

The realities of modern commercial flight quickly changed all that. Cramped conditions, terrible food, tedium and the misery of check-in and baggage claim bludgeoned any sense of romance from flight in the post war years.

That was until a bright day in March, 1969 at Toulouse Airpot a modest crowd of reporters and thousands of spectators gathered to watch history be made.

The 29-minute maiden flight of the Franco-British technological marvel would change the way the world looked at commercial flight and at the aerospace industry as a whole.

Why Concorde Changed the World

Supersonic flight – by 1969 – was nothing new. Military jets and strategic bombers could reach supersonic speeds and had done so since the experimental planes of the 1940s.

The English Electric Lightning (where the F35 gets its name) and the iconic F14 Tomcat, made famous by the 1986 hit Top Gun, were amongst the supersonic arsenal of the world’s mightiest nations, during the Cold War years.

Supersonic flight had, for almost 30 years, been an instrument of war. A tactical option rather than a mode of transport.

Concorde placed the dizzying thrill of supersonic flight in the hands of the masses. Wrapped in a timeless design and a decadent experience.

No flight suits or oxygen masks to get in the way of a glass of champagne while travelling at Mach 2. All the while skimming the atmosphere at over 60,000 feet.

A little-known fact about the Concorde is at cruising altitude passengers were exposed to twice the normal amount of solar radiation. Pilots carried radiometers to warn them of unusually high readings so they could descend to a safer altitude.

Far more significantly, Concorde made flight romantic again, while making the world an awful lot smaller. Passengers could travel from London to New York and back before their loved ones went to bed.

For the international execs, London to Singapore went from an exhausting 17 hours in the air, to seven. It didn’t take much to work out how much those ten hours saved were worth to big business.

But it went further than that. In the winter, by taking the evening flight from London to New York you could quite literally chase the sun.

How’s that for daring, mystique, adventure and romance? Racing the night for a few more hours of daylight.

By the time the fleet were grounded in 2003 there were more astronauts than there were Concorde pilots. That makes for a pretty exclusive club.

Considering only 14 Concordes entered service and collectively only wracked up around 150,000 flights over it’s 30-year career, it’s impact on the world is undeniable.

Many blame the Air France crash in 2000 for grounding the supersonic airliner but the truth is both Air France and British Airways were already looking at grounding their fleets.

The truth is, Concorde was an analogue watch in a digital age. It need upgrading but the systems were so dated that it essentially needed rebuilding.

The outrageous ticket prices had kept Concorde profitable but never to the point that either British Airways or Air France could justify spending that kind of money.

But more significantly, the world had changed. Supersonic flight was expensive, noisy and environmentally calamitous. A Concorde produced higher emissions than the Boeing 747. The 747’s engines were far more fuel efficient and the aircraft could hold 5 times the passengers and travel much further.

Coupled with the oil price shock of the 1970s, the Concorde rapidly became a testament to inefficiency and waste.

In the 80s and 90s that didn’t seem like such a problem. Economies were booming and excess was the way to live.

Technology had made the need to travel around the globe a defenceless waste of money. And the average holiday maker wasn’t about to shell out over £13k for a return ticket to New York.

Overlooking the fact that – fully laden – it could only just reach the US Eastern Seaboard from Paris and London. And the fact that other aircraft could carry more passengers, in better comfort, for longer distances.

The bottom line is the Concorde didn’t make any sense. Not that it really had in the first place.

Had it sparked a technological revolution in commercial supersonic flight innovation then things might have been different. But it didn’t.

The true tragedy of the Concorde is it is the first time in history where humanity has taken a technological backwards step. We went from a species capable of mass supersonic flight to one that wasn’t.

As if someone flicked a switch and we all stopped looking skywards, fascinated by this incredible, feat of human ingenuity, and just carried on like nothing had happened.

Although Concorde’s story is all but over, the same can’t be said for supersonic flight.

In fact, Concorde’s successors could be taking to the skies within the next decade.

Among the names attempting to revitalise supersonic flight are NASA, Boom Technology and Aerion who have the backing Boeing, GE, Honeywell, among others.

NASA seems pre-occupied with creating a low-level sonic boom through the design of the craft. While Aerion and Boom Technology are focusing on making supersonic flight mainstream again.

But that’s where the similarities end.

Aerion is developing a 12-seater tri-engine jet that looks like it’s been taken out of Tony Stark’s sketch book. Essentially, they are looking to tap into the high-end corporate markets.

Although since Lockheed Martin are now working with Aerion on a feasibility study, there’s obviously military and intelligence applications for a small, 12-person jet that can reach Mach 1.4.

The benefits of being able to rapidly deploy intelligence or military assets into hot spots will no doubt be worth its weight to countries like the UK and US.

Boom Technology on the other hand is looking to create the spiritual successor to Concorde. The Overture’s design is a natural evolution of the Concorde. They also claim it can hit Mach 2.2, or roughly 1,451 mph.

However, rather than trying to cram 100 passengers into their aircraft, the Overture will only carry 55. With an emphasis on comfort, privacy and productivity for its all business class passengers.

They also claim that their turbofan engines are as fuel efficient per passenger as any of the leading commercial airliners.

If Boom can pull that off, then they may well fill the gap in the market left by Concorde and give airlines a boutique offering that will appeal to the top 1%.

The only obvious drawback is – without refuelling it has roughly the same range as the Concorde. Of course, that means you can still get from London to New York and back before the pubs shut.

However, anyone hoping to make supersonic jaunts from London to LA may be disappointed. Unless Boom at going to take the bold step and attempt mid-air refuelling.

The more likely scenario is a brief stop at JFK before making the 2,500-mile flight from there.

Presumably they too will have to use low-boom technology in order to be able to go supersonic over land. Past restrictions meant that Concorde could only do so over the ocean.

Whatever happens next, it’s exciting to see supersonic flight is only a few short years away from returning to our way of life.

It may not have the same sense of wonder about it as Concorde or that sense of romance. The technology involved is all a little bit too Star Trek for that.

But with this next wave of innovation it may kickstart the revolution that we all hoped Concorde would start back in the 60s and 70s.

Where lumbering jetliners and unbearably long flights are the thing of the past. In its place supersonic mass conveyance for all, bringing the farthest flung corners of the world within our reach.

And when you consider how migration has split families across hemispheres, the ability to half flight times is a powerful thing to bring to the world.

If you’re operate in the aerospace industry we want to hear from you. If you’re searching for great engineering talent and would like to discuss your requirements, then get in touch today. A member of the team will be only too happy to assist.

If you have a technical background or a career in engineering and you’re looking for the perfect role in aerospace then upload your CV today. Or you can check out our current vacancies or contact us to speak to a member or the team.