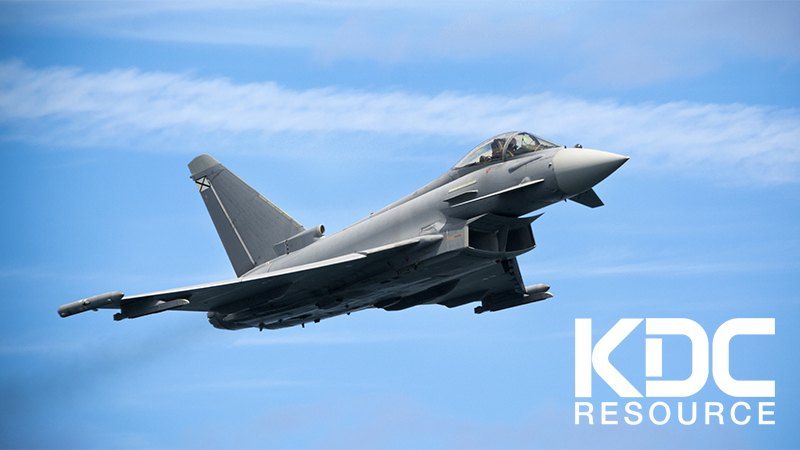 But what has the last 60 years of NATO air defence looked like and is the system still as necessary now as it was back then?

The History of NATO Air Defence

The Integrated Air Defence (IAD) system was first conceived in 1955. Its purpose was to act as an early warning system and to provide air defence for all NATO countries. Initially, there were four areas covering Europe but at the time of rollout it became three.

But the air defence system as we know it officially launched in 1961. The UK’s Integrated Air Defence system has its roots in WW1 when it detected planes entering UK airspace mainly using manual observation and telephone lines. By the 1930s, the UK had created the Dowding System, a ground-based air defence network.

Various European NATO members contributed their air defence systems to the larger network, which included radar installations, interceptor aircraft, surface-to-air missiles, and command systems. In the early stages, NATO members agreed that the Supreme Allied Commander of Europe would control all resources in times of war.

Over time, advances in defence technology led to major overhauls of the system. By 1972, there were 84 radar sites, and in the 1980s the Airborne Early Warning / Ground Environment Integration Segment (AEGIS) replaced all previous computation hardware and integrated virtual displays.

By the 2000s, the IAD system included the most cutting-edge defence and processing equipment. There are still numerous reporting and processing centres across Europe, although the 2008 financial crash led to many countries reducing their defence budgets.

Even in peacetime, the IAD has two primary missions: to maintain the security of members’ airspace and to defend member states against ballistic missile threats. It considers ballistic missiles to be a long-term threat and the project is entirely defensive in nature.

Air policing, however, is a more proactive mission. It involves the continuous presence of interceptor aircraft across member states that are always ready to approach and counteract air threats.

In times of war, the IAD system is designed to deter airborne threats and position NATO members as a collective power. While we have never really seen this happen, it was a vital component in the Cold War, particularly for dissuading the threat of missile strikes from Eastern powers.

The Composition of the IAD System

The NATO IAD system consists of airborne and ground-based capabilities to combat any air or missile threat. It includes a network of radar and early warning detection stations along with various control and reporting centres.

There are currently 30 members of NATO and all contribute to the IAD system. At the very least, most countries house radar stations, although some, such as Lithuania and Montenegro, have their airspace monitored by other countries. Other countries with more established air forces, such as the UK, contribute aircraft and other facilities, too.

The NCI Agency manages the control and digital infrastructure side of the IAD system. It is currently developing the new Air Command and Control System (ACCS) to merge current disparate systems into one operation.

Allied Air Command (AIRCOM) is the official base of the IAD system and is located in Ramstein Air Base, Germany. This is the central command for all NATO air forces, although there are secondary command centres in Germany and Spain that are responsible for the airspace north and south of the Alps, respectively.

In the UK, several leading aerospace companies contribute to the larger IAD endeavour. For example, in 2019 Leonardo UK signed a contract worth roughly £155 million. Leonardo will upgrade NATO’s electronic warfare training equipment, specifically for the Joint Electronic Warfare Core Staff (JEWCS). This department is responsible for managing electronic threats, such as radar and GPS jamming.

Leonardo’s new equipment will help JEWCS to create a hostile environment in which to train. Along with Cobham and Elettronica, Leonardo will design and implement devices that simulate enemy electronic threats. Although Yeovilton, UK is the main JEWCS base, the equipment will be delivered across Europe.

Cobham won a £50 million share of the contract and its role is to develop the NATO Anti-Ship Missile Defence Evaluation Facility (NASMDEF) system. In short, this will consist of electronic warfare pods that fit onto planes and simulate enemy electronic warfare threats. It forms part of the larger JEWCS training strategy, which will target land, air, and sea.

Conclusion – The Future of NATO’s IAD

Even in times of peace, NATO remains an important force in Europe and beyond. Its IAD system is crucial for maintaining air security across the continent and will continue to do so in the future.

Although it represents some of the most cutting-edge air defence technology, we can only hope that it will never see use. Even so, the next 60 years of NATO’s IAD system will likely see it overhauled in ways we currently cannot imagine.