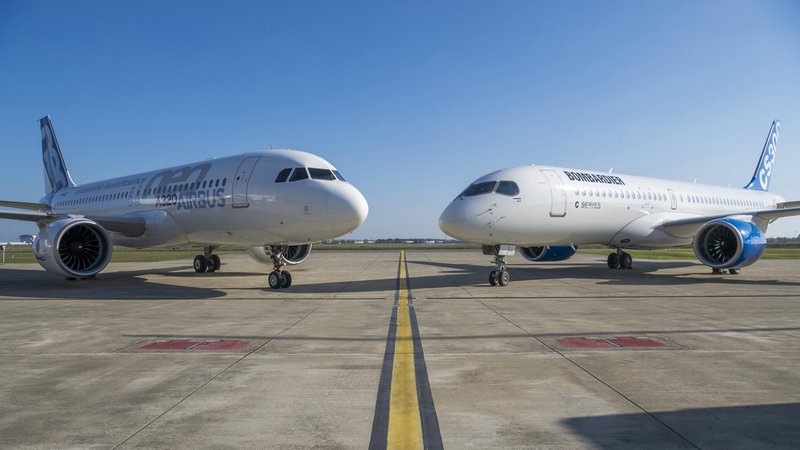 Airbus has put the final touches to its deal to acquire a majority stake in the Bombardier C Series through the C Series Aircraft Limited Partnership (CSALP).  All regulatory approvals have now been obtained and the the transaction will officially complete on 1 July.

As always with cross-border transactions involving national champions, political concerns were a potential sticking point.  However, it seems that such concerns have been overcome.  The partnership’s head office, primary assembly line and related functions will be based in Mirabel, Québec.  In addition, it is expected that increased demand will support a second C Series Final Assembly Line in Mobile, Alabama, dedicated to supplying U.S-based customers. The C Series is positioned to capture a large percentage of the estimated 6,000 aircraft needed in this market segment over the next 20 years.

Airbus commands over half of the global single-aisle jet market but only around 25% in the US.  Although Bombardier’s C Series is smaller than both Airbus and arch rival Boeing’s models it has cutting-edge fuel efficiency that customers love.  Airbus now owns one of the most efficient and modern single-aisle planes, has access to the technology that underpins it for its own next generation single-aisle plane and it also cements its place as the narrowbody leader.  And all for no cash at all.

Airbus Chief Executive Officer Tom Enders said: “This partnership extends our commitment to Québec and to all of Canadian aerospace, and we are very glad to welcome so many C Series teammates into the extended Team Airbus. The strength of the entire Airbus organization will be behind the C Series. Not only will that enable this outstanding aircraft to fulfill its market potential, but we are convinced the addition of the C Series to our overall aircraft product offering brings significant value to Airbus, our customers and shareholders.”