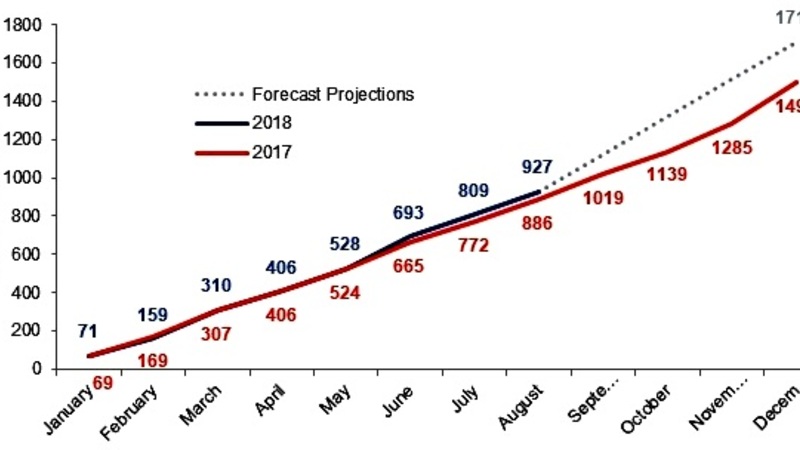 ADS has announced that 2018 aircraft production is well ahead of 2017, with the first eight months of the year seeing global aerospace manufacturers deliver 41 more aircraft than at the same point in 2017.

In total, 927 commercial aircraft have been delivered in 2018 which are worth up to £18bn to UK industry.  The UK’s aerospace expertise continues to shine brightly, with vital components like wings and engines continuing to be produced in large numbers for Airbus, Boeing and Bombardier.

Paul Everitt, ADS Chief Executive, said: “Aircraft production this year is on track to meet international expectations of a new record, with a major contribution from UK industry worth £18bn to our economy so far this year alone.

“UK and European manufacturers are now depending on negotiators in London and Brussels to make sure they can continue to keep up this extraordinary growth in the years ahead.

“Compromises must be made on both sides to reach an agreement that puts prosperity first and protect both UK and EU businesses from a disruptive Brexit.

“It is essential the EU and UK negotiators secure a withdrawal agreement and trigger a transition arrangement. UK and European aerospace companies want to see a deal that protects jobs, prosperity and productivity in an increasingly competitive global market.”

This record year was significantly aided by a big August.  The saw deliveries reach the highest point in 2018 with 93 single aisle aircraft making up the majority of these deliveries.