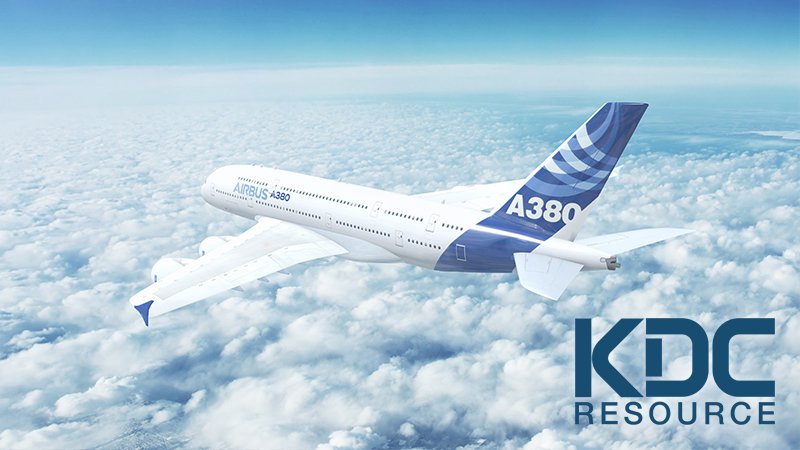 In March 2021, Airbus completed production on its very last A380. After only 12 years in production, demand has dropped off almost entirely, marking the A380 as one of the shortest-lived commercial aircraft in history.

Many viewed the A380 as the future of long-haul flights at launch. It, however, never happened due to a market shift towards planes at the opposite end of the spectrum. Could Airbus have foreseen this market shift, and what does the future hold for long-haul air travel?

The Airbus A380 entered the market in 2007 with Singapore Airlines. While not an entirely novel concept, Airbus saw its superjumbo as fulfilling an anticipated demand in the air travel market. Along with this market prediction, Airbus wanted to distance themselves from Boeing's business model, which, arguably, it did. In the same year, Boeing released a significantly smaller aircraft - the 787 Dreamliner - that has arguably been more successful.

Airbus’ market prediction was as follows: passenger numbers to double every 15 years, meaning that airports would become overwhelmed with the sheer number of people passing through them in a short space of time. Therefore, larger planes would increase passenger capacity, thus easing congestion in airports. A larger aircraft would also maximise a carrier’s return on landing slots, which can be very expensive.

The A380 positioned itself as the answer to these concerns. It can hold 555 passengers, has two decks, and contains a shop, bar/restaurant, and beauty salon. It is a passenger experience as much as it is a functional mode of transport - offering comfort and luxury you cannot find on other flights.

However, this market prediction never materialised. Airport capacity has grown enough to comfortably handle increased passenger numbers, particularly in booming markets such as Asia. More importantly, passengers (and carriers) have shifted towards a different concept of air travel.

Due to its sheer size and facilities, the Airbus is very expensive to run. It has a fuel capacity of 320,000 litres and has four of either Rolls-Royce’s Trent 900 or Engine Alliance’s GP7000 engines. The total floor space in an Airbus A380 is around 500 square metres; it is a truly massive plane.

As of the end of 2020, there were 242 A380s in service and nine more on order. The leading airlines that use A380s are Emirates, British Airways, Qantar, and Singapore Airlines, although Lufthansa and Malaysia Airlines also ordered several.

Simply put, the A380 was designed to fulfil a problem that never happened. On top of this, the A380 was an unprofitable aircraft for carriers to run, mainly because of its sheer size. Filling 555 seats on every flight meant having to offer heavy discounts, which drastically undercuts profit margins. Flying a packed plane with discounted seats is only marginally better than a half-full plane from the carrier’s perspective.

Significantly, too, the aircraft market shifted towards smaller, more efficient planes. These are easier to fill at full price, meaning more stable and guaranteed profits for carriers. While it means they might have to run more flights, it also means greater flexibility and fewer empty seats.

Similarly, the number of routes that could justify such massive planes are few and far between. However, this does not mean there are not popular routes, but finding more than 500 people to fly simultaneously on a single route is not as common as Airbus predicted. For this reason, many carriers were reluctant to commit to massive aircraft when they could be more flexible with smaller ones.

In terms of both operating cost and passenger yield, smaller planes are more economical. Newer twin-engine planes have more efficient engines than the A380’s four-engine setup, meaning they require less fuel and are cheaper.

The only market prediction that Airbus seemed to get right was the continued demand for hub-to-hub travel. While Boeing positioned itself as a “global” carrier - transporting passengers from, say, the UK to Japan, Airbus set its sights on retaining the hub-jumping flight model. However, this model still demands smaller, more flexible aircraft rather than superjumbos. Again, this is simply because it is easier to spread passengers across several planes than attempt to fill one massive one.

What Aircraft are Carriers Investing in?

The demand for “traditional” sized aircraft is still as strong as ever (excluding current market conditions, of course), and carriers continue to prefer long-standing aircraft over superjumbo models like the A380. But what specific aircraft take up most of this demand?

For short-range flights, the Airbus A220 family and the Boeing 737 are the leading contenders. Both are single-aisle planes with similar passenger capacity, making them efficient, flexible options that are functional yet profitable.

The A220, for example, holds up to 150 passengers and is powered by two Pratt & Whitney PurePower PW1500G engines - one of the most efficient turbofan engines of its kind. It has 25% less fuel burn per seat, which equals lower operating costs and fewer emissions.

The current range of 737s can seat up to 220 passengers depending on the model and are all powered by the CFM-56 engine. Much like the A220, the 737 positions itself as an efficient, low-cost aircraft for short-range travel. One crucial point that both aircraft share is their flexibility: regardless of the specific model, they have the same pilot type rating and parts commonality. This factors makes them good additions to a carrier’s fleet because they are adaptable and easier to repair and will arguably last longer because of this.

The Airbus A350 and Boeing 737 are typical wide-body jetliners that remain popular mid-and long-range flight choices. They feature more efficient technology than their predecessors and are big enough to fulfil carrier demands but not too big to be unprofitable.

The A350 features a range of smart composite materials to reduce weight and improve fuel efficiency. These include carbon composites and titanium and modern aluminium alloys combined with two Rolls-Royce Trent XWB engines. It also uses an adaptive wing design for maximum aerodynamics while in the air. All of this results in 25% less fuel burn and lower operating costs than Airbus’ previous generation aircraft.

Similarly, the Boeing 787 Dreamliner uses two of either Rolls-Royce’s Trent 100 or General Electric’s GEnx-1B engines. Like the A350, the 787 uses a range of composite materials, including carbon fibre reinforced polymer, to help reduce weight and improve fuel efficiency. It can seat up to 296 passengers in a high-density arrangement, but between 234 and 240 passengers are more common.

Airlines favour smaller, more efficient aircraft because it makes filling them easier and reduces overall operating costs. None of this comes as much of a surprise, but the focus on more environmentally friendly models of operation created the perfect storm for the Airbus A380. While Airbus had a great idea, it simply came at the wrong time and was based on several inaccurate market predictions.

The future of long-haul air travel looks to continue along this line. We will likely see aircraft stay the same size while the focus will remain on improving fuel efficiency and maximising composite materials. However, the commercial rollout of hydrogen fuel and electric engine technologies will create a massive overhaul in the aerospace market, one that could prove the undoing of many currently successful aircraft.