An Update on Battery Tech: Have eVTOLs Reached Viability? 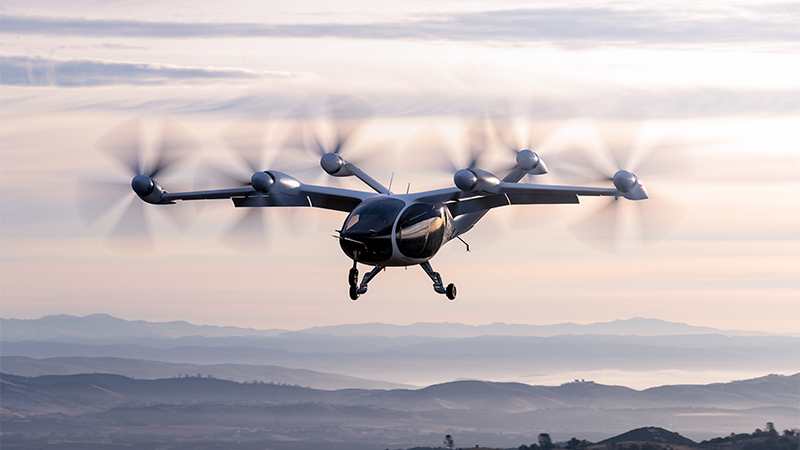 In February 2021, we published a piece on the fundamentals of lithium battery technology. We concluded that current lithium-ion batteries are the main limitation in the viability of mid-to-long-range electrical flight and cost-effectiveness.

But, Joby Aviation recently announced its eVTOL completed a flight of 154.6 miles on a single charge using available battery technology. Does this mean lithium-ion batteries have reached acceptable operational levels?

Joby’s eVTOL completed 11 laps of a circuit at the company’s flight test facility in California. It flew for 1 hour 17 minutes on a single charge of its battery, including vertical take-off and landing and transition to horizontal flight. Considering Joby plans to enter the mid-range flight market, this is a significant achievement.

The aircraft used commercially available lithium-ion battery technology, although Joby made some adjustments for its eVTOL. Specifically, it used an 811 NMC cathode and graphite anode cell. The cathode consists of an 80-10-10 split of nickel, manganese, and cobalt. Electric cars use the same composition to improve price parity with petrol cars and to extend their range to more than 300 miles.

Importantly, an 811 NMC cathode strikes the right balance between price, capacity, and longevity, hopefully meaning Joby can provide an affordable service to its future customers. The company has previously proven that one battery can handle 10,000 flight cycles during its lifetime.

Comparison with Other eVTOLs

Of course, Joby is not the only company working on battery technology. So, how does it compare to other eVTOL batteries?

Lilium recently announced a partnership with a German manufacturer, CUSTOMCELLS, to produce its custom battery setups. Lilium plans to use silicone-anode batteries in its Jet, the same kind in future electric Porsches. The company’s previous tests demonstrated that the batteries provide a flight range of 155 miles, although it believes its flights will be 60-70 miles on average.

Lilium opted for silicone-anode due to its Jet’s propeller architecture, which requires a much higher power demand than its competitors. Similarly, the batteries must withstand constant fast-charging and high turnover demand.

Volocopter’s VoloConnect is capable of 60 miles on a single charge, but it is designed for intercity travel. Luckily for Volocopter, this means it has not needed as much research and development to produce a viable battery. However, this is an improvement on the technology used in its VoloCity, which has a flight range of 22 miles.

Vertical Aerospace’s VA-X4 will have a range of more than 100 miles on a single charge. Its head of battery technology, Limhi Somerville, recently stated they have tested five battery designs and configurations, including two custom designs. Vertical Aerospace will use lithium-ion batteries but has come up with a unique configuration to ensure the right balance between energy density and cost.

In our previous battery article, we argued that lithium-ion batteries have almost reached the limit of their capabilities. This is still true. Different cathode materials and battery configurations are squeezing as much as possible from the technology, and we are still awaiting its revolutionary replacement.

Even so, advances made by eVTOL companies demonstrate just how much we can get from a lithium battery. We will see many of these companies launch their aircraft in 2024, by which time we might see incremental – but vital – improvements to battery life.