Are Flying Cars The Future Of Urban Mobility? 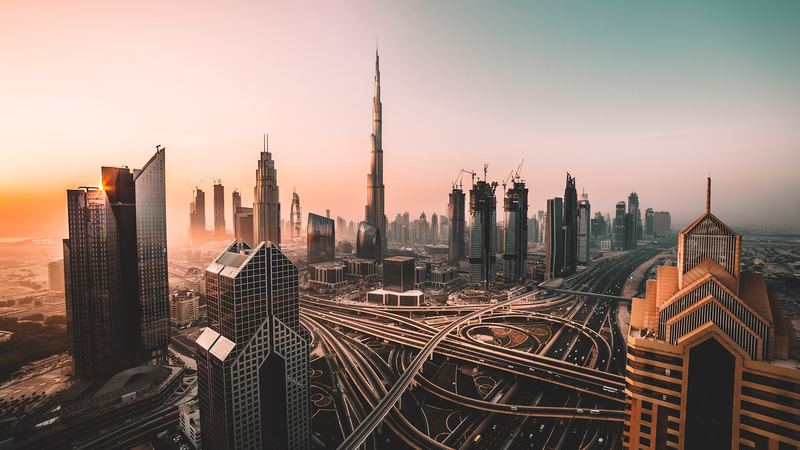 Flying Cars have been a farfetched talking point for decades now, but are we finally starting to see a surge in the development of these types of technologies?

Countless technology start-ups have been cropping up all over the world with promises to deliver these amazing and seemingly fictional capabilities by as soon as 2022. But even more than this; large investment companies are ploughing money into them to see this technology come to life! They aren’t using the anti-gravity propulsion or teleportation devices that are boasted by sci-fi shows, but they are still developing advanced technology which hasn’t been seen before.

So …. What’s the problem? In major cities around the world we are seeing huge amounts of traffic, congestion and pollution, especially around peak times. This is mainly a result of how we have constructed our cities vs. transport systems over time as well as larger populations and the increasing urbanisation of the population.

The majority of us live and work in 3D buildings (there are multiple floors piled on top of each other on a small footprint area at ground level). In some extreme cases, such as the Burj Khalifa in the UAE, 12,000 people can occupy the building's 6 million square feet with such a small comparative footprint onto the earth. Even Burj’s underground parking has a capacity of 3000 vehicles.

Imagine the offices inside the Burj Khalifa filled with eager employees Monday to Friday, now imagine everyone arrives and leaves at the same time in a 2D traffic system …. Surely this is madness! This will only create massive amounts of traffic and congestion around the building!

Well, this is exactly how our cities work at the moment. We didn’t plan it this way, or at least I think we didn’t, but this is what it has come to.

Ok, yes, this is an example using the tallest building in the world – but picture London. In London, there are huge 3D buildings on every horizon, and the majority of traffic systems employ a 2D design. Of course, London has an underground subway system which certainly helps relieve city travel congestion, but there’s still an awful lot of traffic, noise and pollution.

So now you know the problem, what are the solutions?

The one logical solution is to create a 3D traffic system to support our 3D cities. And I believe that the most promising route is to look to the skies.

Air taxis are small vehicles, designed to fly from point A to point B in an urban environment. To cover off the basics, eVTOL stands for Electric Vertical Take-Off and Landing – powered by batteries and capable of taking off and landing in very small spaces, without the need of even a short runway. VTOL technology has been available for decades - we have seen VTOL aircraft before in the Harrier Jump Jet and the newer F-35B, but applying electric technology to this concept changes the game.

Electric flight is perfect for urban environments. There are no emissions. They are less noisy and it has finally become possible to power aircraft with batteries. There are, however, still improvements to be made as detailed below.

In my opinion, there are a few key factors that will contribute to the success of eVTOL on a global commercial scale. I have listed these below:

2) Certification – EASA (European Aviation Safety Agency) are in talks at the moment to design airworthiness standards that will enable the certification of small vertical take-off and landing (VTOL) aircraft. It will be interesting to find out the battery requirements and safety systems needed to get them in the air.

3) Infrastructure – How are these vehicles going to be accessed and utilised? Will we see futuristic bus stations for eVTOL vehicles or will we be able to request a ride using our mobile similar to Uber’s model?

4) Customer confidence – An eVTOL aircraft, would you trust it enough to get in and fly about London? NVH Engineering (Noise, Vibration and Harshness) will need to be at the focal point when designing an eVTOL aircraft. It will need to be comfortable, quiet, stable and an overall enjoyable experience to appeal to the masses

5) Battery Technology– It’s safe to say, Lithium-Ion batteries have come a long way in the last decade or so. The density and performance of Lithium-Ion batteries have been drastically improved, as well as the charging speed. But for these eVTOL vehicles to fly a reasonable distance and have enough reserve power to meet safety standards – there’s still significant work to be done.

The eVTOL industry is predicted to grow exponentially over the coming years as more and more technology companies release their version to market. By 2035 the market is expected to be worth around $32,000,000,000 with some companies boasting their technology to be ready by 2022.

Since I started working with some of the world’s leading eVTOL and Urban Mobility companies back in November 2017, I have already seen some huge milestones met and massive technology advancements which will surely change Urban Mobility as we know it. Hopefully, this article triggers some talking points around eVTOL and if or when it will change the shape of our cities. I would be very interested to know your thoughts, feel free to leave a comment or get in touch!