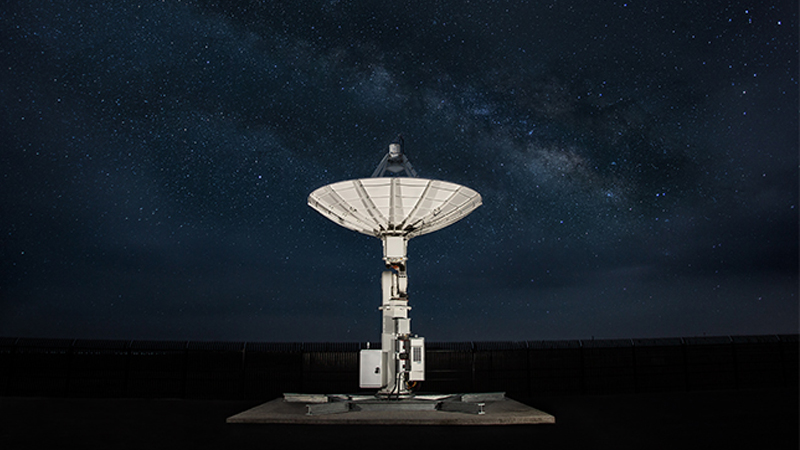 As we see the growing privatisation of space – or New Space – there is an increasing need for flexible infrastructure to support the wave of startups launching satellites.

One such example of this infrastructure is satellite ground stations. More companies than ever are offering “ground segment as a service” to address these needs. But what is it, and how will it affect the future of New Space?

What are Satellite Ground Stations?

A satellite ground station (Earth station or Earth terminal) is a terrestrial radio station. Its purpose is to provide a link between Earth and space, whether to spacecraft or satellites or to assist with launch facilities.

However, the New Space movement favours low- or medium-Earth orbit (LEO or MEO) satellites. As such, it is necessary to provide a network of ground stations so the satellites can remain connected as they orbit the Earth. This is, in part, what has led to the rise of ground segment as a service.

What is Ground Segment as a Service?

Ground segment as a service (GSaaS) essentially works like any other business service. Rather than building and maintaining their own infrastructure, satellite companies “rent” ground infrastructure from companies. Among its many benefits are faster time to launch and lower maintenance costs.

In short, GSaaS is a workable solution for small satellite startups that have neither the funds nor the time to build a ground station network across the planet. Instead, they can access a mutual network of existing ground stations and share network access among satellite operators.

Of course, this solution will not be suitable for all satellite companies. Large-scale networks, such as Starlink or OneWeb or satellite TV companies, have the money to build their own ground station networks. Also, some companies rely on proprietary technology that would render GSaaS obsolete.

Is GSaaS the Future?

According to a survey by Euroconsult, there are currently around 300 ground stations owned by GSaaS providers. It predicts this number will double by 2030, with most of this growth happening in the next few years. In short, the rise of New Space will have a major impact on the operation and management of ground stations.

Two examples of companies providing GSaaS are Leaf Space and Goonhilly. We have previously discussed Goonhilly and its role in the UK’s space sector, which is primarily aimed at small satellite companies. Leaf Space offers various models for satellites companies, including its Key and Line services.

Unlike other GSaaS providers, which act as middle companies between satellite companies and ground stations, Leaf Space built and operates its own network. Among the benefits of this business model is the ability to service companies with proprietary ecosystems. In short, Leaf Space is attempting to bridge the perceived gaps in GSaaS.

Although not every satellite application will suit GSaaS, there are numerous use cases where it makes sense. For example, earth observation is suited to GSaaS, whereas large-scale telecommunications is not. Even so, the rise in New Space will inevitably lead to more GSaaS providers, as satellites companies look to launch in the leanest and most efficient manner.