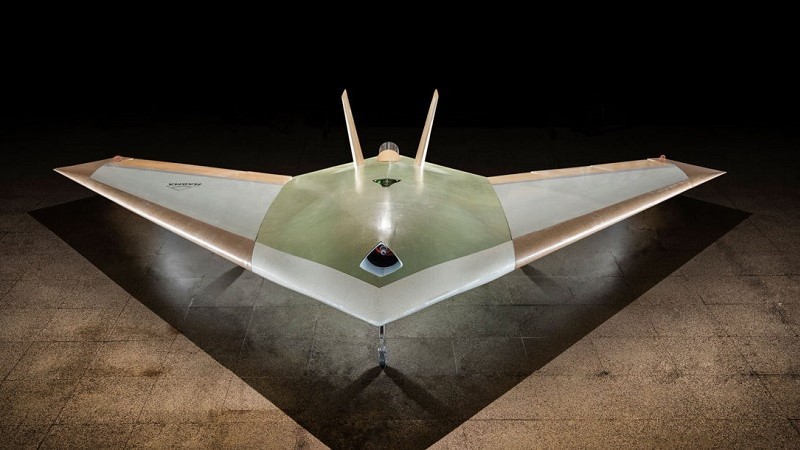 ​When the Wright Brothers first took to the sky (well, a few feet off the ground) in 1903 they unwittingly created an entirely new form of engineering. One that would become one of the most significant in the world, creating offshoots that would ultimately see humans travel into outer space.

Aerospace engineering and its countless innovations have shaped the world in ways that few can fully imagine. The complexity of a modern aircraft is staggering.

Since Orville and Wilbur’s three-axis control system, aerospace engineers have busied themselves trying to make aircraft more reliable, more efficient and as manoeuvrable as possible.

The evolution of the Wright Brothers original design has enabled aircraft to become bigger and bigger as well as manoeuvre at supersonic (and soon hypersonic) speeds.

However, this has resulted in complex control surfaces that are difficult and expensive to maintain. Not to mention very noisy.

The other issue is that failure of any critical component within a control surface could put lives at risk. When incidents have occurred due to control failure, it has usually been down to the hydraulics or flight control systems.

The causes for this can range from human error – such as poor maintenance – to weather conditions.

Essentially, the current design of aircraft was designed to fly under very specific conditions and when pushed beyond tolerances things can end poorly.

The Answer is Blowing the Wind

The MAGMA UAV, developed by engineers from the University of Manchester and BAE Systems has made history by being the first aircraft to be manoeuvred using supersonically blown air, eliminating the need for all control surfaces.

During a series of test flights in Wales, the team successfully flew trialled ‘flap free’ technologies that could, one day, replace the traditional control surfaces seen on every form of aircraft in the world.

It works by simply replacing those control surfaces with a system that channels air from the engines and blows it through narrow slots around specially shaped wings.

If successful it could make aircraft lighter, more reliable, simpler to manufacture and therefore cheaper.

In theory, it could also make stealth technology more reliable as the absence of control surfaces would make stealth aircraft harder to detect.

If trials continue to prove successful, the technology could be applied to a Future Combat Air System.

Making aircraft lighter without compromising manoeuvrability could represent a major breakthrough. Lighter aircraft make for faster, more fuel-efficient aircraft. Or they can carry a heavier payload.

In terms of civil aviation – the removal of complex hydraulics from the aircraft could transform the design of aircraft altogether.

Companies like Airbus have been patenting revolutionary concepts for commercial aircraft of the future for years. But current technology has prevented many of them from being anything close to feasible.

If blown air technology replaces the traditional control surfaces, then the implications are significant.

Obviously, there’s a lot more testing to be done, not least of all with a full-sized aircraft, but the early results are encouraging.

The University of Manchester isn’t the only one testing an alternative design to traditional aircraft. More akin to the flying saucers from the sci-fi movie Independence Day, the aircraft is like nothing seen in modern skies.

An engineering duo based in Romania is behind the All Directional Flying Object and believe it could be the next evolution in sustained flight.

Similar to the systems developed for the MAGMA UAV, the ADIFO, is able to use thrusters in order to make turns. However, integrated fans into a single wing design mean it is both capable of VTOL and multidirectional flight.

Moreover, the mono-wing design can reach supersonic speeds far quicker than convention designs by avoiding a sonic boom. The drag co-efficient for traditionally designed aircraft increases 7-8 times during the transonic flight. The ADIFO only experiences 1-2 times.

So, the ADIFO can reach supersonic speeds much faster than normal and without the complications associated with sonic booms. The issue that plagued Concorde’s time in the skies.

At present the creators of the ADIFO see the aircraft performing as a military vehicle, combat drone or private aircraft.

Manned test flights are expected once they can build a large enough prototype.

The cliché UFO design may be aerodynamically ingenious but it’s unlikely to work for commercial flight. At least not without making the aircraft significantly bigger than current airliners.

However, the aircraft is theoretically capable of supersonic flight, without any of the drawbacks of any current design. This could mean that airlines would require fewer craft to meet the same demand. Which would also mean lower emissions.

Both technologies represent exciting leaps in aerospace. Both could transform the aerospace and defence industries and how we move people and materials around the world.

An innovation that could make supersonic flight affordable for all would change not just how we do business but make the world a lot smaller.

Of course, there is no indication how fast aircraft like the ADIFO can travel but the potential to turn countries like Australia commutable would be incredible.

Similarly, a new system to replace control surfaces that would make aircraft easier and safer to fly would benefit both the aerospace manufacturers and the airlines alike.

As is often the case with two competing technologies, one design will likely win out over the other. Which usually turns out to be the cheapest too.

KDC Resource are leading recruiters for technical and engineering talent for the Aerospace, Defence and Emerging & Disruptive technology markets.