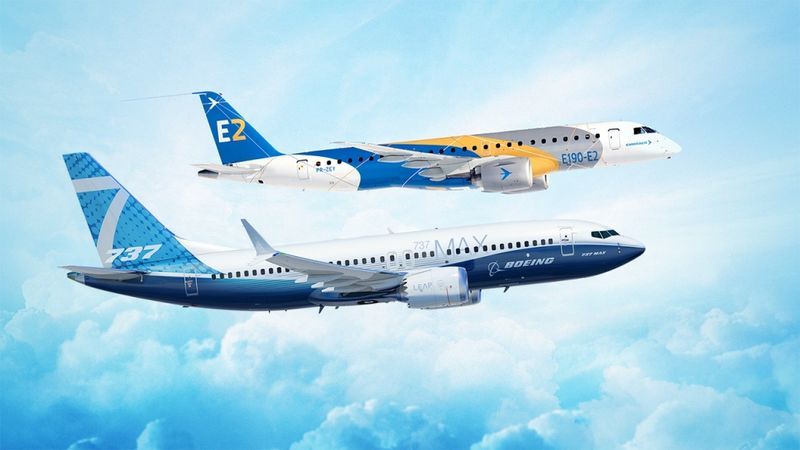 Boeing has finally responded to the Airbus-Bombardier CSeries partnership by taking a controlling position in Embraer’s commercial aircraft unit in a deal worth £4.75bn. Structured as a joint venture, Boeing will own 80% of the venture with Embraer holding the remaining 20%.

The appeal of the Brazilian company to Boeing has been clear to industry watchers for some time due to its strong presence in the 100-150 seat arena.  After industry dynamics shifted due to Bombardier’s tie-up with Airbus, the natural reaction was for the other two major players to get together in order to fight the strengthened CSeries programme. A CSeries programme combining strong, fuel-efficient technology with sales and marketing might was a real problem for Boeing and Embraer.

However, supply chain consolidation also played a role in the tie-up, which left Embraer with less bargaining power over suppliers as a smaller entity.  This might explain the lower-than-expected price extracted by Paulo Cesar Silva, CEO of Embraer, although most of the Brazilian champion’s debt will be loaded onto the JV and free up cash for the rest of the company.  This cash will likely be spent on tax payments as well as share buybacks, debt reduction, a special dividend and investment in new projects.

One word of caution - this isn’t yet a done deal.  In addition to the usual government processes involved when two national champions strike a deal like this, a shareholder complaint has already been filed.  The suit claims that this is an acquisition by stealth as   Embraer’s statue forbids any single owner holding more than 35% of the company.

“By forging this strategic partnership, we will be ideally positioned to generate significant value for both companies’ customers, employees and shareholders – and for Brazil and the United States,” said Dennis Muilenburg, Boeing’s Chairman, President and Chief Executive Officer. “This important partnership clearly aligns with Boeing’s long-term strategy of investing in organic growth and returning value to shareholders, complemented by strategic arrangements that enhance and accelerate our growth plans,” Muilenburg said.

“The agreement with Boeing will create the most important strategic partnership in the aerospace industry, strengthening both companies’ leadership in the global market,” said Paulo Cesar de Souza e Silva, Embraer Chief Executive Officer and President. “The business combination with Boeing is expected to create a virtuous cycle for the Brazilian aerospace industry, increasing its sales potential, production, creating jobs and income, investments and exports, and in doing so, adding more value to customers, shareholders and employees.”