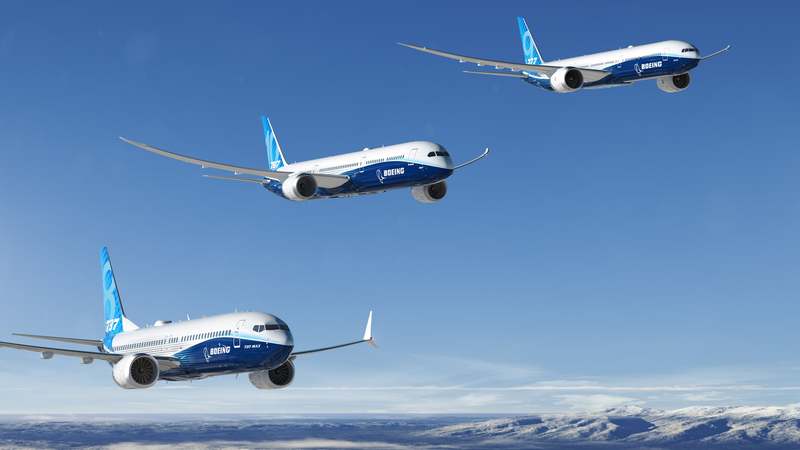 Boeing had a record-breaking 2018 after delivering 806 aircraft, far in excess of 2017’s previous record annual performance of 763.

Even as Boeing delivered more aircraft to customers, its order backlog continues to grow with net orders now totalling 893, valued by the company at $143.7bn.  This has increased the company’s order backlog to seven years worth of production.

The aerospace giant increased production of the 737 model in mid-2018 to 52 aeroplanes per month.  Almost 50% of 2018’s 737 deliveries were for the fuel-efficient and longer-range MAX models, which included the first group of MAX 9 planes.

In addition, production of the 787 Dreamliner achieved the highest ever rate for twin-aisle planes and managed 145 deliveries in 2018.  Completing the delivery numbers, the 777, 767 and 747-8 models brought the total to 806.  Notably, the company is counting ten deliveries of 767-2C aircraft to the US Air Force which form part of the troubled KC-46 tanker program.

"Boeing raised the bar again in 2018 thanks to our teammates' incredible focus on meeting customer commitments, and continuously improving quality and productivity," said Boeing Commercial Airplanes President & CEO Kevin McAllister. "In a dynamic year, our production discipline and our supplier partners helped us build and deliver more airplanes than ever before to satisfy the strong demand for air travel across the globe."