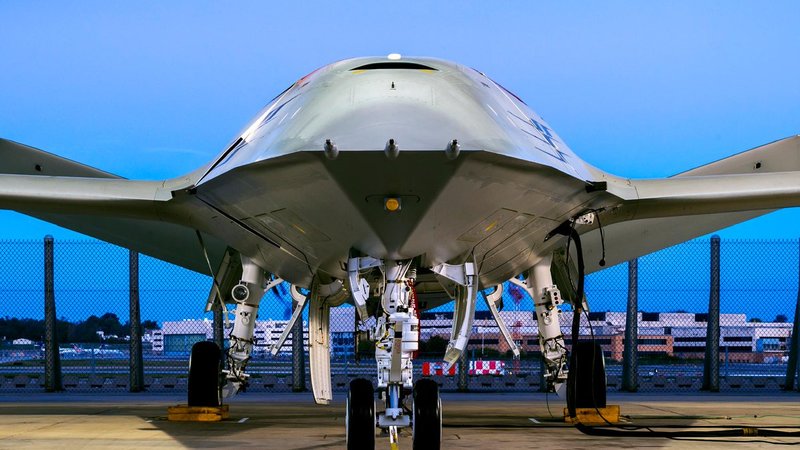 Boeing has unveiled its Unmanned Aerial Refueler entry for the US Navy’s MQ-25 competition which aims to extend the effective combat range of US F/A-18 Super Hornets, EA-18G Growler and F-35C fighters.

Unmanned aircraft have been gaining more and more prominence as technology improves and this is a very interesting step.  The MQ-25 will have to work perfectly with aircraft carriers and their existing catapult, launch and recovery systems as well as conduct air-to-air refuelling.  These actions will all involve manoeuvres that are tricky to execute.

To be clear, this isn’t an autonomous craft - rather it will be remotely operated by skilled pilots.  Still, trusting an unmanned aircraft to execute these moves on as important a vessel as an aircraft carrier shows the progress that has been made in drone technology.

The Boeing entry is currently at the engine testing stage with flight testing and deck handling tests to begin in early 2018.

“Boeing has been delivering carrier aircraft to the Navy for almost 90 years,” said Don ‘BD’ Gaddis, a retired admiral who leads the refueling system program for Boeing’s Phantom Works technology organization. “Our expertise gives us confidence in our approach. We will be ready for flight testing when the engineering and manufacturing development contract is awarded.”

Full details of the entries from the other bidders, Lockheed Martin and General Atomics, are yet to be revealed.