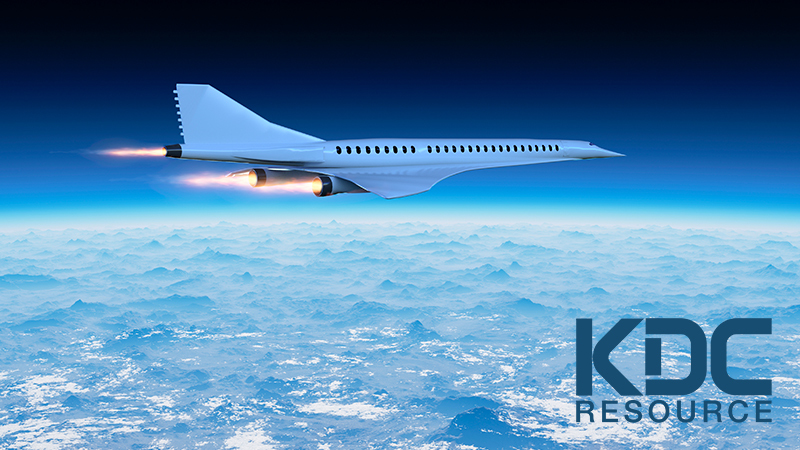 Now, Boom Supersonic’s recent contract with United Airlines appears to mark the revival of this potentially controversial method of transport. But what did the industry learn from Concorde, and how are Boom’s planes different?

The Failings of Concorde

Upon its introduction in 1976, Concorde was a revolutionary aircraft. Travelling at more than twice the speed of sound in a commercial context seemed almost inconceivable, but, as we now know, it was not all it promised to be.

The biggest limitation was cost, both in development and operation. The programme’s initial estimate was £70 million but exceeded £1 billion. Production of 16 Concorde cost £654 million; only £278 was recovered through sales. This left the French and British governments with considerable debt.

Also, operational costs rendered Concorde near unprofitable. It used more than 30,000 litres of fuel on a regular flight, which carried both environmental and financial costs. Although ticket prices were high, it was difficult to realise profits with such operational expenses.

Then, there was the issue of sound. Concorde’s sonic boom was powerful enough to shatter glass, restricting its operation routes and ability to fly at supersonic speeds. So, although revolutionary for its time, Concorde’s success was severely limited by the aerospace industry’s technology.

Boom’s aircraft – the Overture – is scheduled to enter commercial service by 2029, with initial rollout in 2025. United initially purchased 15 aircraft, but if all goes well we might see more in service within a few years.

This difference is due to the Overture prioritising customer experience. It consists of two aisles of single seats, each with ample legroom and a personal entertainment screen and contactless technology. Boom describes it as “all business class”, which should give you some idea of the level of luxury it will offer.

In practical terms, Overture will fly popular UA routes in half the time of normal commercial aircraft. It promises to offer Newark to London in three and a half hours and San Francisco to Tokyo in six hours. While shorter flight times might not be a concern for pleasure journeys, this could offer valuable time-saving measures for business travellers.

Perhaps the most significant aspect of Boom’s business model is its commitment to net-carbon neutrality. Boom claims to be the first commercial aircraft manufacturer to use a sustainable business model from day one, including using a LEED-certified construction factory. Part of its aircraft design utilises recycling practices for the aircraft’s construction and post-service life.

Also, Boom is working with Rolls-Royce to develop an engine that runs on sustainable aviation fuel (SAF). In 2019, Boom tested SAF made from 80% animal fat as part of its XB-1 programme. It launched a partnership with Prometheus Fuels to develop appropriate sustainable fuels for supersonic travel. Boom plans to offset any carbon emissions it cannot cut out of the development and flight processes.

Finally, Boom plans to address one of the major concerns of supersonic travel: noise. It uses the latest noise-reducing technology in its aircraft and will follow previous regulations about supersonic flight over land. Buffer zones are the only practical way to address sonic boom issues, and so the company will plan its routes around this.

In short, Boom seeks to address the major failings of the Concorde programme. While they were a subject of their time, technological progression means they no longer need to limit the viability of commercial supersonic travel. Providing Overture is a success, we might see further rollout of supersonic passenger jets.

Boom is not the only company developing modern commercial supersonic aircraft. While it will never take over standard aviation designs, there is lots of potential for a highly profitable supersonic market.

One such company that would have changed supersonic flight was Aerion. Its AS2 jet promised to be boomless, as it relied on the Mach Cut-Off phenomenon. Like Boom, its supersonic jet used sustainable fuel and was due for commercial rollout in 2024. However, in May 2021, Aerion announced it was ceasing operations due to a challenging financial environment.

Still in the supersonic race, though, is the Lockheed Martin X-59, developed for NASA’s Low-Boom Flight Demonstrator program. A single GE F414 engine will power the aircraft, giving it a maximum speed of Mach 1.5. NASA plans to use a long airframe and canards to prevent shock waves from coalescing. If successful, this means the sonic boom will be around 75dB on ground level, compared to Concorde’s 110dB.

A major design difference between the X-59 and the Overture is the former’s nose cone. Its long nose cone is designed to improve aerodynamics and will completely obstruct the pilot’s forward vision. To compensate, there is an enhanced flight vision system fitted with a 4K camera. Currently, the X-59 is still in development but is slated for its first flight in 2022.

Is Supersonic the Future?

It appears that we have learnt lessons from Concorde’s attempt at supersonic flight. Sustainability is a driving force in every industry, so it is no surprise to see it here. However, using SAFs for supersonic travel is impressive and means it could be a more viable mode of transport than before.

Even so, it will be a long time before commercial supersonic travel offers any tangible benefits to travellers. It remains an interesting concept, but Concorde’s major disaster in 2000 will likely stick in the collective memory for some time. Whether we will see full commercial rollout in the future remains to be seen.