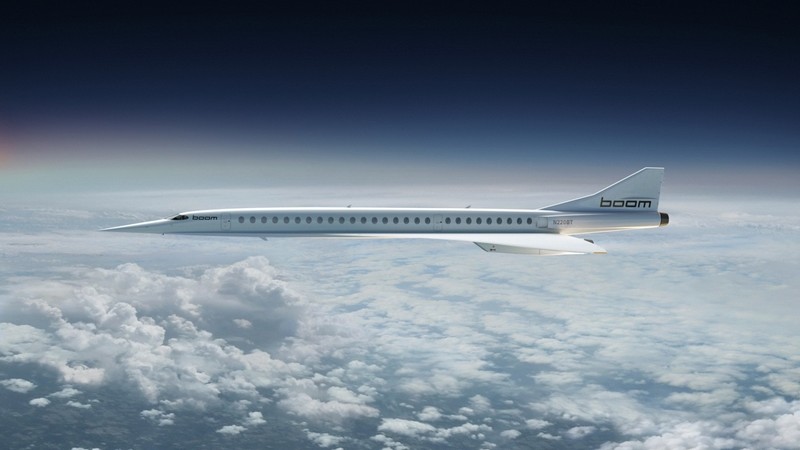 Boom Supersonic Founder and CEO Blake Scholl gave further details on its plans this week during a speech at the Farnborough Airshow.  He shed a lot of light on the company’s plans, technology strategy and put a strong emphasis on the commercial opportunity that Boom is chasing.

The company is now targeting 2019 for a test flight of its scaled-down demonstrator the XB-1.  While this deadline has slipped from an initial 2017 and then 2018, it isn’t really unexpected - some of the challenges are now better understood and sizeable problems overcome.  In fact, the company has taken its time in certain areas to make sure that it has got it right and Scholl confirmed that all significant barriers have now been removed.

2025 remains the goal for the commercial launch of the full-size Boom passenger product - a mach 2.2 55 seat passenger jet which will sell for $200m plus options & interiors.  Production plans will be for approximately 60 jets a year, built in partnership with Virgin Galactic.

Scholl also confirmed that the company has impressively resisted the urge to invent new technology.  While Silicon Valley’s ethos is generally to make new things, Boom, at least in its first commercial plane, will use nothing but technology that is in service today to reduce cost, risk and time to market.

In materials, this will be carbon fibre and resins which handle heat well and can be found on other aircraft.  The engines will be derivatives of existing models.  Systems all will use tried and tested technology.  Already with a sizeable head start in supersonic travel, this seems like a smart play in order to get to market as quickly as possible.

The company’s model is anchored around the current cost of business class travel.  The downfall of Concorde, in the end, proved to be high operating costs including poor fuel efficiency by today’s standards and low utilisation due to the cost of a ticket which was well out of reach of most people.

In the thirty years since Concorde, we’ve made massive leaps in aerospace technology with more powerful and efficient engines, much lighter materials, and computing power for simulation that makes iterating on a design a process of hours, not months, and results in superior aerodynamics. These massive leaps mean that Boom is confident that they can make supersonic travel as affordable for passengers as current business class, which opens up a huge market.  They estimate that a 30% efficiency improvement over Concorde will be enough to achieve this.