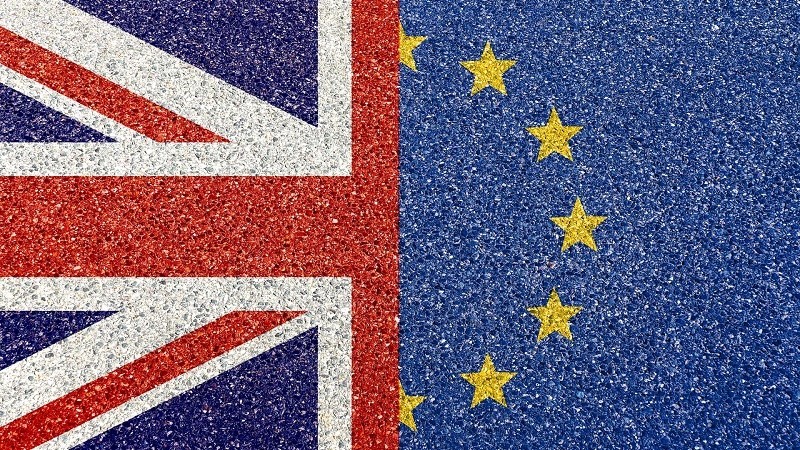 Tune into any UK news channel or broadcast and it’ll be all but impossible to avoid something about Brexit.

Now 75 days (at time of writing) past the original deadline to leave the EU, the nation still wallows in political deadlock while businesses try to protect themselves against a No Deal Brexit.

Something parliament voted to avoid at all costs.

Although they have also rejected the only deal on the table (three times and counting) so it’s hard to see which direction we go next. Hence the deadlock.

Regardless of the political debate, the uncertainty is hurting industries up and down the country, aerospace being no exception with a 3.9% drop in output during 2018.

The UK aerospace industry represents roughly £35 billion in revenue and employs over 120,000 people. Any threat of a No Deal Brexit is more than enough to make the industry nervous.

And with good reason.

Why No Deal would be bad for trade

Amidst the threat of multinationals to move their European headquarters away from the UK and the ensuing mass redundancies, the UK aerospace industry would be all but crippled should the we leave without a deal.

The reason being it’ll be harder to import materials and export goods. What use to take minutes to move through a border can now take hours or days. The cost to the industry could be in the billions.

But that’s the tip of the Brexit iceberg. EU membership provides us with a number of trade agreements and tariffs that that makes it easier and cheaper to import raw materials and provides access to technology and engineering resources.

It also keeps the supply chain moving which helps the UK and other EU members maintain a competitive edge.

Crashing out of the EU with no deal would mean we revert to WTO rules.

This may not seem that big a deal but when you do the research there is one country in the world (excluding territories and protectorates of other nations) who trades solely on WTO rules.

Which is the country of Mauritania. A West African nation roughly twice the size of the UK, Mauritania has a population of 4.4 million people, a GDP 0.2% of that of the UK and roughly 17% of the population live in slavery.

Although under WTO rules, it does benefit from a degree of aid and preferential treatment from blocs like the EU, which is standard treatment for developing nations. A status the UK cannot claim.

WTO rules would mean tariffs on exports into the EU, driving prices up and eroding profits and our competitive edge. But this is before non-tariff barriers are imposed.

WTO non-tariff barriers are impediments to trade that don’t directly increase prices but can often lead to prices increases anyway as it increases operational costs.

For example - any trading body, like Europe or the US could demand certification for goods originating from outside their borders. Whereas this may not be necessary when trading within the EU or under an EU trade agreement.

Although UK aerospace manufacturers get their products certified, those certifications will no longer benefit from being recognised in the EU or as part of EU agreements. Therefore they have to go through a varification process or be recertified by the trading body in order to be sold. This is further complicated by the fact that safety standards and quality regulations used by the UK, that were accepted by the EU, could now be rejected.

But the WTO rules are a narrow set of guidelines and does not grant access to the EU’s single aviation market. Unless the manufacturers relocate their head offices to an EU country.

Which brings us back to the risk of mass redundancies.

What this means for Part21J

Considering Part 21J is the regulation regarding aircraft design and the certification of aircraft products, parts and appliances, any no deal scenario would put that part of the industry into disarray.

The saving grace is that all current authorised certificates for products, parts and appliances will still be valid in the event of leaving the EU without a deal. This means – at least – we can still deal with Europe and companies like Airbus don’t have any logistical issues in terms of moving components over borders.

However, those same certifications don’t have to be honoured outside of the EU. As mentioned before, other countries could simply choose to no longer recognise them, making those components all but impossible to sell to the wider market.

But that doesn’t cover any new certifications.

While the UK Civil Aviation Authority may grant certifications, they won’t be recognised anywhere else. Or at least – not under EU trade agreements and all the benefits associated with trading under them. Under WTO rules any government may choose to validate (or not) certifications as they see fit.

As a result, Bombardier, Rolls-Royce and Cobham—and more than 200 other companies in the sector—have applied to have their parts regulated by an EU member so they can continue to sell their parts in Europe.

Many fear that this will be the precursor to those industries moving their operations out of the UK entirely.

CEO of Airbus, Tom Enders, commented in an interview that while the aerospace multinational cannot immediately pick up its operations and move them, the business would be forced to redirect future investments elsewhere.

He noted that there are plenty of countries that would love to build wings for Airbus aircraft if it was no longer viable to do so in the UK.

Whatever the coming weeks and months reveal for the UK’s future relationship with the EU and the trade agreements that follow, it’s bound to make a lot of people very nervous.

Although – in almost open defiance of the uncertainty – the aerospace industry continues to do business and continues to innovate. It remains to be seen how much more output shrinks in 2019 compared to 2018 but if the shrinkage continues at the same rate, it would be a £2.8 billion loss of revenue across the industry in 2 years.

Compounded by shrinking profits and the UK aerospace industry could be in for a tough time ahead.