Can Space Technology Help Save the Planet from Global Warming? 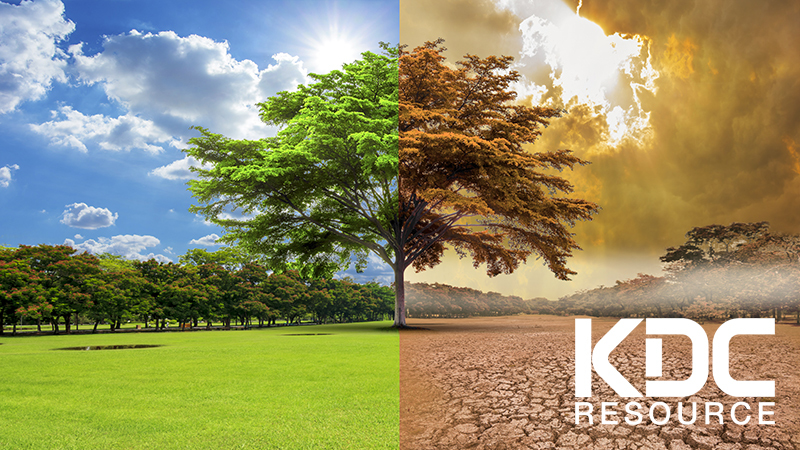 While the push for space technology in recent years has been to take us further into our solar system, another branch has focused more on our planet. Several space technologies companies have devoted their efforts to revolutionary ways of tackling climate change.

But what have they got to offer, and will it be able to make a difference to our growing climate emergency? This article has rounded up the most significant contributions from the space technology industry in the fight against climate change.

TreeView from the Open University

In December 2020, over £8 million in funding was split between 21 projects at the forefront of space innovation. One of those projects is TreeView, which is being run by Dr Kadmiel Maseyk from the Open University. The project has received around £284,000 in initial funding.

The purpose of TreeView is to set up the UK's first Precision Forestry programme. This will be used to assess and record the most feasible sites for forest planting across the British Isles. Of course, the main aim is to increase the UK's carbon capture capabilities, but it will also be used to improve biodiversity across the country.

The initial funding will be used to conduct a feasibility study for a SmallSat mission. The satellite will measure and map the UK's tree distribution from space to produce the most detailed picture of the country's treescape to date. The information it will gather is a record of British trees' current distribution, health, and resilience.

While the early stages of this project will produce a design document and scientific justification for the forestry project, if all goes well, then it will shift its focus to a more global perspective.

France-based company Leosphere is adapting satellite LIDAR technology to be used on wind farms. The tech will measure wind speeds between ground level and 200m elevation to provide a complete picture of wind profiles, which can then be used to maximise wind turbine output.

This LIDAR technology is the same as that used on the European Space Agency's Aeolus satellites, measuring wind profiles from space. Maximising wind turbines is a promising development in the push for renewable energy sources.

Furthermore, predicting power outputs and monitoring for faults will improve energy production by up to 10% a year, which will significantly impact the prevalence of renewable energy. Their systems are already in use on solar energy farms in Italy.

Although we might not think of SATNAV as space technology because it helps us find our way when driving, it is still an example of a widely used space technology. Recent advances in data availability have opened several more significant applications for this already useful technology.

The first is GreenDrive, which uses a range of data to advise drivers on driving economically. It combines information on car make and model, road conditions, and location to instruct the driver when to brake and accelerate. It is estimated that this could save up to 25% on fuel consumption in normal driving conditions.

There is also Galileo-Ecodrive, which was first conceived in 2007. It uses information on the road's height profile to optimise the use of auxiliary devices in trucks. These include air conditioning, power steering, electricity generators, and deep freezers in food haulage trucks and similar vehicles. It is believed this could save up to 5 million tons of CO2 each year.

Another of the projects to receive government funding was Global Satellite VU's infrared sensor satellite network. They will begin by launching the first small satellite (130kg) equipped with thermal video and still imagery technology to monitor thermal emissions.

By the end of the project, they hope to have a complete network of infrared satellites in orbit. This will then act as the planet's Smart Meter to monitor economic activity, energy efficiency, and carbon footprints. Hopefully, this data will then allow us to pinpoint and overcome specific energy consumption hotspots.

Project CitiScan is set up to help countries meet their climate change obligations, as set out under the Paris Agreement. The satellite network will monitor climate-related data on a citywide basis, but also for individual industrial complexes. This information will allow local authorities and national bodies to monitor their progress towards carbon emission reduction.

All 21 projects recently funded by the government hold lots of promise for their contributions to reducing climate change through space technology. You can find a summary on each project on the government's website.

Space technology has plenty to offer when it comes to monitoring carbon emissions and climate change. After all, this is a global problem that requires global solutions. The next 5-10 years will likely see a frantic dash for global monitoring technologies and innovative ways to reduce carbon emissions. It is fair to assume that the space technology industry will remain at the forefront of this movement.