Does the USA’s Space Force Break the Law? 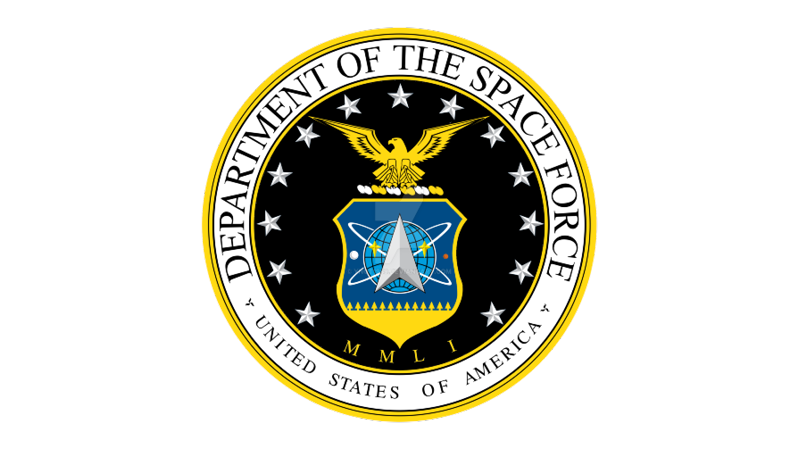 President Trump announced that a new branch of the US armed forces would be created to tackle threats from space.

At the time a lot of people thought that it was empty rhetoric and the trademark Trump bluster that the world has become alarmingly comfortable with.

Especially as – unless he knows something we don’t – there aren’t any threats from space. Or perhaps he saw Avengers: Infinity War and mistook it for a documentary…

But at recent hearings with Congress, the Pentagon has asked for a vote to formally create the United States Space Force.

Although many imagined space ships full of marines with laser blasters, the reality is a little less exciting but no less significant.

The immediate actions for a USSF are:

All fairly reasonable when setting up an armed force.

The real question is why?

The language chosen by Vice President Pence when he unveiled the United States Space Force in August of 2018 was quite deliberate and left little room for misinterpretation.

The United States want to develop weapons for use in space and explore how to fight wars in space.

Most people have seen Star Wars. Combat in space looks amazing. Except mankind has proven time and again that it’s not yet ready for anything close to that kind of destructive potential.

With countries like Iran and North Korea having ambitions to become a nuclear power, upping the ante to weaponised satellites is a direct challenge.

It heightens tensions rather than defuses them.

Nations who already feel like they are under threat – especially from the US – will feel the need to use the weapons they have in order to maintain control. Be that their status or their people. Or both.

Experts see this as a way of maintaining a competitive edge over Russia and China. The US has frosty relations with both, and both have formidable space capabilities.

Intelligence reports suggest that both China and Russia have incorporated anti-satellite attacks into their war protocols. Both countries developed land to space missiles in 2007 and 2014 respectively.

Such technology was a direct challenge to the United States who rely heavily on a vast satellite network for everything from weather forecasting to intelligence gathering.

Although considering the US had developed the technology years prior, it’s arguable that they started this new – and more deadly – space race and are being unreasonably petulant that other nations wanted the same weapon in their arsenal.

India launching their own anti-satellite missile in early 2019, justification for a space force got a whole lot easier.

With rising tensions all over the world, weapons platforms in space represent a new level of war that could prove more devastating than at atomic bomb.

Although there’s a far more pressing question before we get to the apocalypse.

This is where things get problematic.

According to the snappily titled Treaty on Principles Governing the Activities of States in the Exploration and Use of Outer Space, including the Moon and Other Celestial Bodies of 1967 (of Outer Space Treaty) any and all activity in space must be peaceful in nature and for the betterment of all mankind.

It’s hard to see how weaponizing space is for the betterment of anyone other than the people holding the biggest space-stick.

The US claim that the USSF’s mandate will include ensuring peaceful and unfettered space use for all. Although there is arguably a need to police activity in space, it’s questionable that policing should fall to one country.

Especially a country with a reputation for looking after their interests ahead of others.

Regardless of motive, military activity in space is – strictly speaking – in violation of the treaty.

Then again, the development of land to space missiles is in violation of this treaty too.

With the US a permanent member of the UN security council they excused their behaviour and opened the gates for other countries to follow suit.

By America escalating warfare both figuratively and literally the need for ground-based defences could provoke the next cold war. Assuming other countries don’t start developing their own space forces too.

Even if the creation of the space force gets voted down by the US House of Representatives, Russia and China will undoubtedly be making plans of their own. Unburdened by democratic due process, they will beat the US to the punch, forcing their hand.

The other piece of the puzzle is a space force will enable the US to prosecute wars on the ground far more effectively. This may protect American lives – and those of their allies.

However, when a nation wields that kind of power it makes it easier to fight wars, because they’re easier to win.

The question is what can be done to enforce the Outer Space Treaty? Or do we need to accept that the current political climate has rendered it obsolete?

There needs to be greater regulation around activities in space. Countries simply can’t fire missiles at satellites because they feel like it. Even ones belonging to them.

At adds to the choking mass of junk orbiting the Earth. Which has been caused because no one has had to take responsibility for clearing it up.

Hence companies like Astroscale developing solutions to clear up the mess.

The peaceful use of space needs to be enforced from the ground, not from low orbit. Diplomacy would be preferable to debris raining from the skies.

Considering one of the arguments for the space force is to counter hypersonic weaponry, an international ban on said weaponry would surely be a far more inclusive and cheaper first step?

As well as investing in surveillance technology to make sure those weapons aren’t developed in secret.

This is all largely hypothetical as officially the United States Space Force doesn’t yet exist. With the Democrats running the House and an election looming it’s something that may not happen in the proposed 5-year time frame.

But with the gauntlet thrown down by the US, it’s likely only a matter of time before a rival nation does the same.

KDC Resource are expert recruiters for civilian space organisations working on a host of projects including exploration and space debris. If you would like support finding technical talent, get in touch. If you’re looking for your next role, register your details today.

All images copyright of their respective owners. All rights reserved.