Drive and Flight eVTOLs: Bridging the Gap Between Land and Air 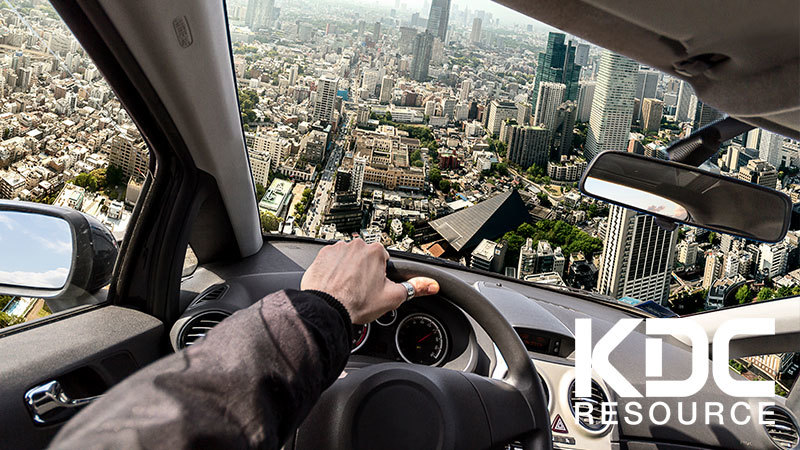 The next few years promise to unleash a wave of sci-fi-like technology into the world. One notable contribution to the transportation sector is drive and flight eVTOLs, which look like something out of Blade Runner.

The vehicles promise to be multifunctional and economical and to offer a level of convenience unmatched by both aircraft and cars. But will this be the case?

What are Drive and Flight eVTOLs?

The name tells you everything you need to know about these vehicles. They function as vertical take-off and landing aircraft that are also cars. Typically, they look more like planes than cars, although there is an obvious hybrid nature about them.

Several companies are leading the way in this field, and each has a slightly different design. For example, the PAL-V uses a tail and single rotor (similar to a helicopter), while the ASKA Drive and Fly and the AeroMobil both use fold-out wings. However, the AeroMobil uses ducted fans while the ASKA uses a wing-mounted multicopter setup. We’ve discussed the larger differences in eVTOL design in a previous post.

Of course, these vehicles must function optimally as both aircraft and cars. But how easy is that to achieve? The first thing worth addressing is that technically these vehicles are not eVTOLs, as they do not take off vertically. All have a Short Take-off and Landing mode; the PAL-V, for example, has a take-off distance of 330m.

While this might not be practical in standard air taxis, which are generally designed for urban convenience, it does not matter as much in a flying car. Theoretically speaking, a car has access to a road, and a road can serve as a take-off and landing strip. However, the practical applications of having a free stretch of road for taking off are debatable.

The internal workings differ between these three vehicles. The AeroMobil has a hybrid propulsion system that includes an internal combustion engine. Its 300bhp serves it both on the road and in the sky, although it has an adaptive transmission that adjusts depending on function.

However, the PAL-V includes two separate engines for flying and driving. It still uses combustion engines but having two allows for better fuel economy and range.

ASKA is the only one to use an electric engine, keeping it more in line with current eVTOL designs. Interestingly, though, its range is still 400km, which is the same as the PAL-V. However, it is only able to achieve this range with its range extender system, which relies on standard fuel (although it can be adapted to run on hydrogen).

Each vehicle also includes a transformation setup for optimal on-road performance. Specifically, their wings or rotors fold up while on the road, and the AeroMobil even folds its wheels into the body. Both the PAL-V and ASKA keep their wheels in place but include housing for greater aerodynamics. The AeroMobil takes three minutes to convert between driving and flying modes, which appears to be quite standard across drive and flight vehicles.

In short, creating a vehicle that both flies and drives presents some practical and technological challenges. The extent to which this is a viable solution remains to be seen, as current models rely on internal combustion engines (something we are trying to move away from) and runways, which might not always be available.

Certification of drive and flight vehicles might not present as much of a challenge as, say, urban air mobility vehicles. This is because flying cars can be developed in line with current aerospace regulations. After all, they will be manned aircraft and so have specific laws in place already.

On the other hand, autonomous aircraft face the issue of being an entirely new area of certification. This will arguably work in the favour of flying cars because it will mean their release schedules can be much sooner. The PAL-V, for example, is gearing up to release its initial offering of 90 vehicles, which will only cost around €499,000 each.

Perhaps the greater issue will be owner certification. Each company specifies that the driver must have a private pilot’s licence, which is reasonable considering these vehicles are aircraft. While this might limit their availability to the general public, so do the price and need for a private airstrip. However, each company mentioned so far does offer flight training and licencing as part of a VIP purchase package. (The need for a car driving licence is a given, too.)

Then, of course, we come to insurance. Insurance exists for both cars and private planes but not a combination of the two. PAL-V claims it will create a new branch of insurance with AON PLC and Nuytten Verzekeringen N.V., two insurance providers. The insurance for flying cars will be based on the highest risk area (flying) but it will be interesting to see how this new sector develops its processes.

Arguably, flying cars present a much easier path to certification and release than autonomous aircraft. This is simply because the regulations already exist for both planes and cars that are manned, so it is easy for companies to build their vehicles in compliance.

On the surface, flying cars might sound like a more practical option than upcoming eVTOL concepts. After all, they are multifunctional, conform to current regulations, and will have a much quicker commercial rollout as a result.

However, in a real-world setting, this might not be the case. For one thing, the price will initially limit sales to people with half a million euro in disposable income. In contrast, an autonomous air taxi remains the company’s property, so passengers simply rent it instead. This will make UAMs more practical and accessible for the general public.

Similarly, not being vertical take-off and landing vehicles will limit the use of flying cars. Owners will need an airstrip roughly 300m long, which will need to be privately owned. As it stands, it is fair to assume drivers will not be able to use a public road to launch their vehicles into the sky.

In contrast, an air taxi is designed specifically with space-saving measures in mind. Taking off vertically massively reduces the required area, meaning landing pads can be installed on top of buildings or by roads in cities where space is at a premium.

This is not to say that flying cars will not be worthwhile - quite the opposite. Initially, they will be a luxury, as they are geared towards private ownership. However, as time goes on and the technology becomes cheaper and more accessible, there is no reason to think they won’t become available to the general public. We might even end up with whole cities full of driving cars, just like Blade Runner.