EVTOLs Are Coming to Cities, but Will They Be Accepted? 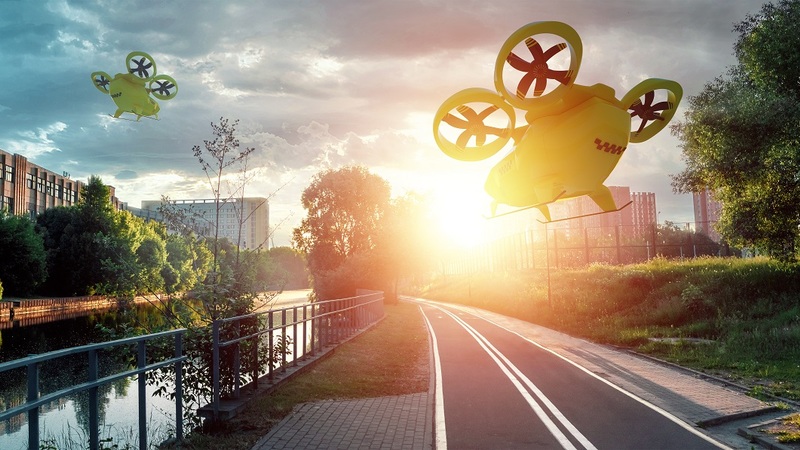 EVTOL (electric vertical take-off and landing) technology has been around for the best part of a decade. However, in recent years, there has been a shift towards how this technology will impact the commercial mobility industry, whether air taxis or delivery vehicles.

Of course, this kind of technology revolution does not come without a price. Other than safety, other causes for concern include noise pollution and general public acceptance. What are the big players doing to combat these potential issues, and can we expect public acceptance any time soon?

The Big Players in EVTOL

Volocopter is a German aircraft manufacturer that has been ahead of the EVTOL curve since its inception in 2011. They primarily focus on multi-rotor helicopters designed explicitly for passenger use, such as air taxis. Since their first demonstration was the Volocopter VC1 in 2011, they have developed several two and five-seater prototype helicopters.

Another company looking to capitalise on the EVTOL scene is Uber with its Uber Elevate. In December 2020, the company partnered with Joby Aviation to accelerate its air travel market growth. Uber is working on the Uber Copter, which will be an EVTOL ride-sharing solution.

Of course, big players in the aerospace market are involved in EVTOL development too. For example, Airbus announced its Vahana back in 2017, currently being developed as a self-piloted 2-seater air taxi. By November 2019, the aircraft had conducted around 13 hours of test flights.

Similarly, Boeing is developing its PAV (passenger air vehicle), an autonomous air taxi that could hold two passengers. However, in light of recent financial losses, its development division is currently closed.

Aerospace manufacturer Bell has also developed an air taxi, known as the Nexus 6HX, unveiled in 2019. It has a range of up to 150 miles and is designed specifically for urban travel. Specifically, it uses hybrid-electric propulsion for low emissions and noise levels.

All of these EVTOL crafts are still in development, as they are restricted by certain issues, such as autonomous driving safety. Also, there is currently little certification regarding the use of EVTOL craft in urban areas. In 2019, the European Union Aviation Safety Agency published special guidance on EVTOL craft, which moves towards national and local legislation.

What Are the Challenges for Cities Accepting EVTOL?

While eVTOL vehicles look good on paper, some issues are surrounding their use in urban environments. Manufacturers and policymakers will need to deal with these issues, in order for eVTOLs to become publicly accepted.

Aside from autonomous driving, which arguably doesn't have the best public opinion at the moment; one of the biggest issues is the location and development of Skyports – spaces to house EVTOL vehicles.

Noise is one of the main concerns with EVTOL vehicles. While electric vehicles make less noise than traditional engines, it is not necessarily the engine noise that's objectionable. For instance, with something like helicopters, the sound of rotary blades is often the most annoying bit.

Currently, there are strict rules with flying aircraft near urban spaces. UK government guidance states that low flying (at heights around 100 feet from the ground) is not allowed in areas with a population greater than 10,000. This is based on traditional helicopters but sets a precedent for EVTOL vehicles.

However, EVTOL vehicles work on multi-rotor systems, which give much greater flexibility regarding noise levels. Factors such as blade speed, size and location, and disc loading all impact the amount of noise a propeller makes. Working with these factors gives manufacturers a chance not to produce less noise, but rather to change how the human ear perceives it.

Then there is the issue of safety for commercial EVTOL vehicles. The booming drone industry has shown us that legislation struggles to keep up with technological advances. While this is an issue with autonomous hobby aircraft, it is a much more serious concern with autonomous passenger vehicles.

Therefore, it is vital that legislation is introduced to control factors such as airspace congestion, usage rights, and controlled noise levels. It is improbable that the urban public will accept EVTOL vehicles in cities until these issues have been discussed.

That said, as Juliet Page (a US Department of Transportation scientist) discussed in an interview with AIN Online, the key to acceptance will likely be through public regulation. She states that involving community stakeholders in the early stages of planning and discussion will lead to a better sense of goodwill later down the line. Rather than forcing EVTOL sites on cities, getting them involved in the planning will likely lead to a better sense of acceptance.

The development of EVTOL passenger aircraft in urban spaces is likely to catch many cities off-guard. While companies are making great strides in R&D, there are no obvious signs that legislation keeps up. For these vehicles to become commercially viable in the near future, communities and policymakers need to take appropriate steps while they can.