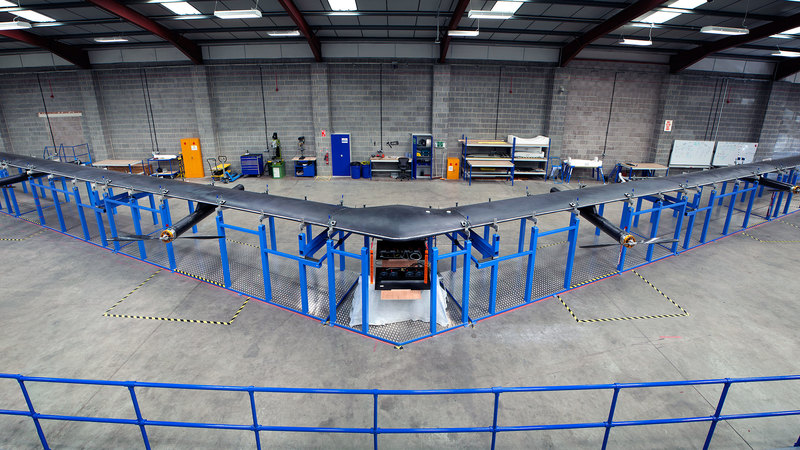 Facebook has formally ended its Aquila solar-powered drone design and manufacture project that aimed to bring internet connectivity to the developing world.  The programme was developing a high altitude platform station (HAPS) that could stay in the air for months at a time and beam signals to users on the ground.

However, Facebook is still committed to the vision to bring the next billion people online via a HAPS (and onto Facebook!) but will instead work with external partners like Airbus to bring this to fruition.

A key part of internet giant's drone project was Ascenta, a UK company that was acquired by Facebook in 2014.  With the home base in Bridgwater now shut, this is a blow for UK aerospace and the staff involved.  However, it is a sensible move on Facebook's part.  An internet advertising company dabbling in aerospace engineering is probably a dilution of focus - partnering to achieve a similar results seems a smart move .  On the plus side, there are some absolutely fantastic engineers now available to be redeployed on other UK cutting-edge projects.

"As we’ve worked on these efforts, it’s been exciting to see leading companies in the aerospace industry start investing in this technology too — including the design and construction of new high-altitude aircraft. Given these developments, we’ve decided not to design or build our own aircraft any longer, and to close our facility in Bridgwater. Going forward, we’ll continue to work with partners like Airbus on HAPS connectivity generally, and on the other technologies needed to make this system work, like flight control computers and high-density batteries. On the policy front, we’ll be working on a proposal for 2019 World Radio Conference to get more spectrum for HAPS, and we’ll be actively participating in a number of aviation advisory boards and rule-making committees in the US and internationally.

"Connectivity for everyone, everywhere is one of the great challenges of our generation. Facebook has already connected nearly 100 million people as a result of our efforts. And we are continuing to invest in developing next-generation technologies like Terragraph, working with partners on new infrastructure builds like our fiber project in Uganda, and supporting entrepreneurs in programs like Express Wi-Fi — all to help connect the 4 billion people who still do not have access to the Internet. We’re excited about what’s next."