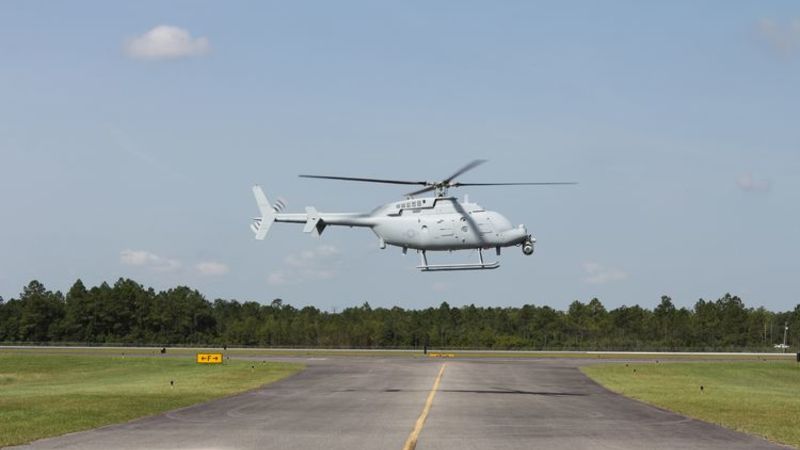 Northrop Grumman has begun flight tests on the MQ-8C Fire Scout aircraft, a modified Bell 407 helicopter that is able to fly fully autonomously.

Built for the US Navy, the Fire Scout aims to bring increased speed, endurance and payload capacity to maritime operations. The U.S. Navy recently completed initial operational test and evaluation aboard the USS Coronado (LCS 4) for the MQ-8C Fire Scout, which has over 1,500 program flight hours.  The flexibility to operate from any ship that supports air use or any land base allows it to being real-time ISR&T (Intelligence, Surveillance, Reconnaissance, and Target-acquisition), all without requiring a space or human support is a big component to the new Fire Scout’s appeal.

“Building on Northrop Grumman’s recent announcement of new production capabilities in Moss Point and a 40 percent increase in employment at the site, the ability to now conduct MQ-8C Fire Scout flight tests where the production occurs will bring new efficiencies and effectiveness to our local operations and improve our ability to serve the U.S. Navy,” said Melissa Packwood, Program Director for the Fire Scout at Northrop Grumman.