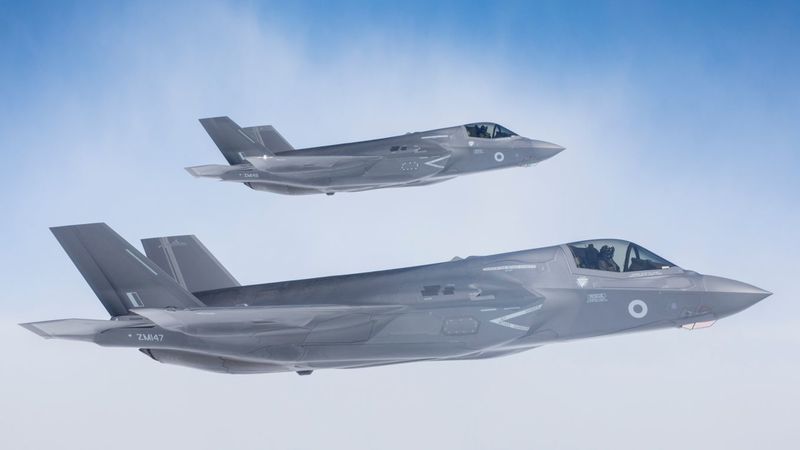 The UK’s new supersonic jets have finally landed on UK soil after flying from their former South Carolina home.

The four F-35 Lightning aircraft landed at their new home, RAF Marham in Norfolk, ready to begin preparation for operational service at the end of the year.  The jets will be jointly operated by the Royal Air Force and the Royal Navy.

The Lightning is the first to marry radar-evading stealth technology, supersonic capability, and the capacity to undertake short take-offs and vertical landings.  In addition, the aircraft is able to operate from both land and sea and will form a key part of the new Queen Elizabeth Class aircraft carrier’s strike ability.

Another tranche of F-35s will be delivered later this year and the ambition is to eventually procure a total of 138.

Air Chief Marshal Sir Stephen Hillier, Chief of the Air Staff, said  "In the RAF’s centenary year, it’s great to see the most advanced and dynamic fighter jet in our history arrive today at RAF Marham – and with the modern Dambusters in the cockpit, this homecoming truly feels like an historic moment in British air power.

"If you can’t see us coming, you won’t be able to stop us, so with its stealth and other world-beating technologies the F-35B Lightning takes the Royal Air Force and Royal Navy to a whole a new level of capability.