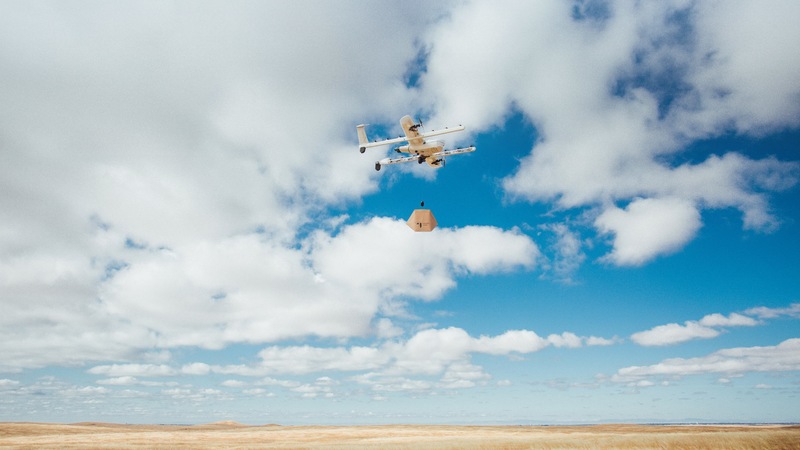 Project Loon and Project Wing have graduated from Google X, the internet giant’s “moonshot” division which incubates radical new technologies.  The two fledgling companies are now part of parent company Alphabet’s “Other Bets” arm and will now both have the freedom as well as the responsibility to commercialise their technology.

Wing is focused on developing autonomous aerial delivery drones and an associated airspace management platform that will allow large-scale drone deployment at under 500ft.

The company’s drone design has evolved to a fixed-wing setup with a wing span of less than 1.5m.  Coupled with a dozen electric-powered rotors and the algorithms for which Google is famous, the design should allow each drone to fly quietly under 500ft and deliver packages safely onto a doorstep.  As for the current state of the technology, the company claims to have flown tens of thousands of test flights in its short life.  Most notably, test deliveries have been done in rural Queensland as well as on campus at Virginia Tech.

Taking a different aerospace angle, Loon is developing large polyethylene balloons that will bring the internet to poorly connected areas as well as serve as temporary networks in disaster zones.  It is basically an ultra-mobile, aerial cell tower powered by solar and battery power.

The idea makes sense as a cell-tower’s coverage is limited by the height of its antennas.  By raising the height of the antennas to the stratosphere, Loon can blanket a much larger area on the ground with coverage.  Each balloon can be repositioned by changing the airflow into a smaller, inner balloon and by floating on to a suitable wind layer identified from weather data.  Once its mission is complete, a parachute can be deployed to bring the balloon safely back to the ground.