How Has the Pandemic Changed the Future of Commercial Air Travel? 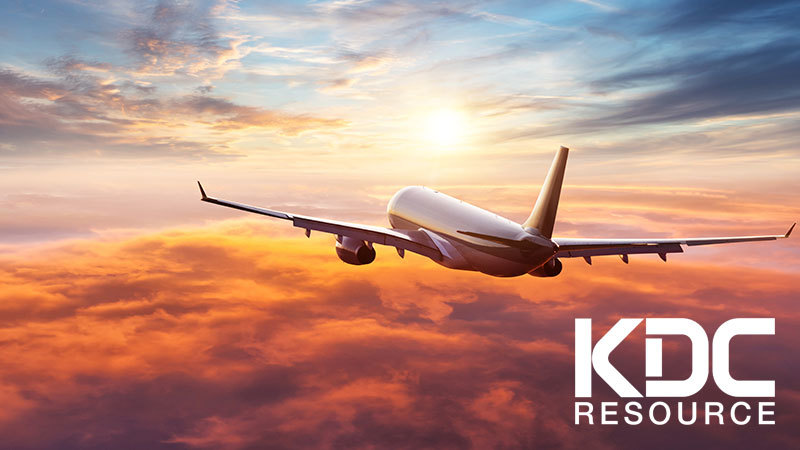 The present effects of the pandemic on commercial air travel are significant and well documented. For example, in April 2020, passenger travel was down as much as 90% compared to the previous year. This impact will likely take years to recoup.

However, the pandemic has done more than just reduce passenger numbers. Some companies have taken the opportunity to expand or adjust their business models in preparation for a post-Covid future. But what does this look like in real terms?

The concepts all centre around providing the maximum distance between each side while prioritising passenger comfort and accessibility. The design package also includes a redesigned lavatory that is accessible for all passengers. For example, there is room to manoeuvre a wheelchair and enough space for a carer.

AIM Altitude recently published details on its new galley model, which it will launch at the Aircraft Interiors Expo 2021. The concept existed before the pandemic as a space-saving option, but its design is now more relevant than ever. The ARCA galley concept consists of nested meal packs and refrigeration units, which reduce handling by flight crew.

Of course, we can find adjustments within the aircrafts’ engines, too. This unprecedented downtime has allowed carriers to reassess their push towards sustainable fuel options. Upon their return to commercial air travel, customers will expect a more eco-friendly business model due to the increased awareness of climate change.

We have previously discussed the rise of hydrogen in aerospace, but this is not the only fuel option under consideration. For example, Airbus announced in April that it was introducing sustainable air fuel (SAF) into its UK-based super-transporter, the Beluga.

The Beluga flies from Airbus’s plant in Broughton, North Wales to sites in Toulouse, Hamburg, and Bremen shipping aircraft wings to construction plants. Airbus already uses SAF at its Hamburg site, where it introduced it in 2019.

For its maiden flight, the Beluga used a 35% blend of non-fossil derived fuel, although regulators allow up to a 50% mix in commercial flights. Airbus stated that even a 35% blend will save 400 tonnes of CO2 over a three-month period.

Similarly, Airbus’s ZEROe concept aircraft is closer to completion. We have previously discussed this aircraft in depth, but the company recently stated it could enter service by 2035, which is at least five years earlier than previously thought.

Although decarbonisation was already a top priority in the aerospace industry, the current push is understandable from a business perspective. Not only is there greater scope for experimentation at this time, but it also has a positive impact on share prices, which have taken a hit since the pandemic began.

This should not trivialise the move, however. Shifting towards sustainable fuel options was the next inevitable step for the aerospace industry, particularly if it wants to position itself for a profitable future once commercial passenger flights open up again. Testing the viability of SAF in transport aircraft provides useful and actionable data for their introduction into passenger planes.

The Expansion of Aerospace

Surprisingly, 2020 saw expansion in numerous areas of the aerospace industry. This has continued into 2021, as many carriers and providers expect a gradual return to passenger flights. While it will take several years for passenger numbers to return to pre-pandemic levels, current expansion plans are a clear sign that there is a brighter future ahead.

Airbus has perhaps seen some of the most significant change and growth in the industry. Earlier in 2020, it announced an update on its European shakeup. While not expansion specifically, Airbus plans to integrate several suppliers into the company. The result will be two new aerostructure assembly companies based in France and Germany.

The reasons will be obvious to anyone with business knowledge. At the most basic level, the new structure will mean simpler governance and swifter communication, but it also means leaner operating procedures and greater access to technologies and knowledge within the wider company. Over time, Airbus hopes, this new model will foster global competitiveness and innovation, positioning it as an even greater player in the aerospace industry.

Closer to home, Airbus supplier Magellan Aerospace announced a new plant in Wrexham, Wales that will employ 120 people. This is in addition to its existing site in Wrexham, which employs 350 people. Magellan manufactures components for Airbus, and its expansion in a local market is a promising sign of future growth.

Alongside its operational plans, Airbus won a 25-plane contract from Delta Air Lines. It ordered a batch of A321neo aircraft to complement its existing order of 100 from 2017. As part of the order, it accelerated the delivery of two A350-900s and two A330-900neos. This, if nothing else, is a clear sign of the passenger flight industry expecting a promising return to function.

Similarly, Boeing recently won a contract from Dubai Aerospace Enterprise for 15 Boeing 737-8 jets. DAE buys jets directly and leases them to carriers as an alternative to outright ownership. To date, its fleet includes 162 Boeing aircraft. This is another clear sign of the investment in the future of aerospace, as the 737-8, much like the Airbus A321neo, is a more fuel-efficient model.

Conclusion – A Bright Future for Aerospace

Although 2020 was a tough year for aerospace, there was no doubt that the industry would come back fighting. After all, customers will be ready to fly again once they are allowed.

The unexpected break in commercial air travel has not been beneficial to anyone, but it has at least allowed companies to take a step back and reconsider their business models. If nothing else, this has raised awareness and given them chance to invest in sustainable, future-orientated growth options.