How In-Flight Comfort has Evolved 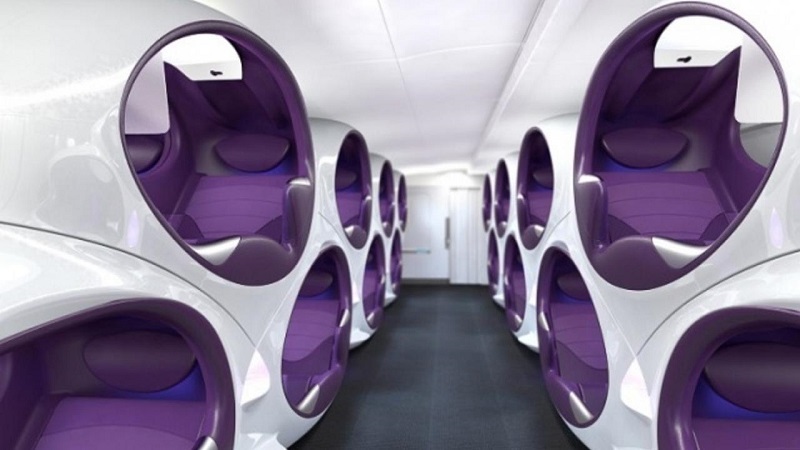 The advent of the commercial flight was viewed by the world as something miraculous, romantic, mysterious and exciting.

It was something everyone aspired to, despite its astronomical cost.

Being able to take to the skies while the masses had to rely on cramped, slow-moving cruise liners to explore the world was something everyone aspired to.

The Golden Age of Flight and the post-war years were as much about excess as it was about revolutionising mass conveyance.

The irony was during the 20s, 30s and 40s, despite the apparent opulence flight was far from comfortable.

For many the Golden Age of Flight and the 1940s gave rise to some of the most iconic aircraft ever designed.

Planes like the Douglas DC-3 provided the world with the means to travel the globe.

To this day, the DC-3 made one of the most significant contributions to aviation. 607 civilian planes were produced and over 15,000 for the Allies during World War 2. The C-47 Skytrain’s high top speed (207mph), 1,500-mile range and 6,000lb capacity made it the workhorse of the war effort.

It was instrumental in deploying paratroopers and dropping supplies throughout the war.

In 2013 research suggested that 2,000 DC-3s were still in service, proving just how durable these planes are.

However, the DC-3 and most other transport and commercial planes of the time were unbearably noisy, cold and cramped.

Seatbelts always had to be worn because the planes could drop hundreds of feet in altitude with no warning.

Which made those three-course meals something of a health hazard. Especially as metal cutlery and glassware were used as standard.

Turbulence, sudden descents or a sharp turn would cause luggage to spill onto the heads of the passengers.

Considering commercial flights back then were staggeringly expensive (around £11,000 by today’s money) that hardly made for a pleasant experience.

And it’s not like there was any inflight entertainment to keep passengers happy. Passengers had to rely on whatever they brought with them. Books, newspapers and playing cards were all commonplace on flights.

But when you consider New York to the Pacific Coast could take 17 hours and London to Singapore could take 8 days, because of refuelling stops, passengers were asked to put up with a lot.

In the 1920s plane interiors were basic. The chairs were often made of wicker and plane cabins would look more like a garden centre showroom than the most modern method of transport in the world.

By the 30s aluminium had become cheap enough to provide a viable alternative that didn’t have the warping or combustibility issues. Proper cushioning also made them far more comfortable too.

Air travel was becoming far more affordable by the 1950s but a one-way transatlantic flight would still cost passengers close to £3,000 by today’s money.

But if the relatively cramped conditions at the back of the plane became too much, there was the service bar to help take the edge off.

Plus, meals were far more exciting than today with roast beef, prime rib and lobster all on offer. But for £3,000 each way, that’s the very least the airlines could do.

By the 70s the glamour of flight had been replaced with cold functionality and practical comforts. This was in part due to the advent of the Boeing 747.

The ability to transport hundreds of people around the world drove ticket prices down. And the frills went with it.

On the upside build quality, insulation and avionics had improved so the actual experience of flying was far more enjoyable.

It says a lot about how unpleasant flights were when a major selling feature of the Boeing 707 was vibration-free travel.

The 1980s were essentially a refinement of all the improvements that had come before it. More technology was working its way into aircraft, but the majority was reserved for first class.

It wasn’t until the 1990s that there was a marked shift in in-flight comfort.

In 1998 the airline spent $250 million upgrading its economy class seating to include the headrest wings. The design was intended to prevent ‘mid-air head flop’, making it easier to rest while travelling in economy.

The design was adopted by more or less every airline in the world.

Technology and the attitude at the time meant that individual experience mattered a lot less than keeping the majority happy (quiet) until they got to their destination.

By the noughties, screens were integrated into the backs of seats or into overhead consoles. This gave passengers more control over the content they consumed on their flights, including movies, TV shows or games. You could also track the planes progress, airspeed and external temperature.

The explosion of smart technology forced airlines to recognise that passengers expected the comforts of home even in the air – especially as the cost of flights had plateaued for years.

That meant touchscreen TVs mounted in the seatbacks, as opposed to the tiny screens that made watching films tiring and dissatisfying. It also meant USB charging sockets in the seats and in some cases, in-flight WiFi.

Buyer behaviour is changing. Value is everything and passengers are no longer loyal to any one brand any more. Certainly, when it comes to airlines.

The airlines have been in a public perception nosedive for years. Increasing costs of flights while withdrawing services has left passengers dissatisfied across the board.

Gradual improvements like the touchscreen TV and USB charging isn’t going to be enough. Especially as business and first-class have had far greater benefits for years.

In 2007 a passenger flying first class with Singapore Airlines could enjoy a private cabin.

A first-class experience onboard an Etihad flight offered a similar experience, including a bed and a full size, wall-mounted flat-screen TV.

While it’s perhaps unreasonable to expect the same kind of treatment for economy prices, consumers are expecting more than being made to feel grateful for less comfort, technology and convenience than if they were sat in their cars.

Some airlines are responding to this.

Air New Zealand introduced the Skycouch (affectionately known as Cuddle Class). It’s a row of three seats that can transform into a futon capable of sleeping up to two adults.

Airbus is playing with the idea of bunk beds, office space and playgrounds in the hold of its aircraft. Still very much a concept at this point but it would undoubtedly prove popular as it addresses the genuine needs of passengers.

They have also patented a VR headset design for inflight use. Considering the technology needed for VR gaming it remains to be seen what Airbus have in mind. However, there is no denying that they are taking steps to shake things up when it comes to the in-flight experience.

London based Factory Design are toying with smart seating that adapts to the individual. The seat would adjust to how the passenger moves providing support and comfort in the right places.

This should make for a more comfortable experience. However, it could make for a deeply frustrating one for the person behind, especially if screens are still mounted on the backs.

They are also playing with the idea of immersive sleeping pods. Their concepts are straight out of science fiction. It remains to be seen if any of the airlines will go for it but the ability to effectively stack premium passengers can’t have escaped their notice.

The industry seems to be at something of a crossroads.

Customer satisfaction for the major airlines is in freefall as prices increase and services erode. Airline's toy with the idea of standing flights or standing seating so a short hope to the content will feel more like a trip on a roller coaster.

All in the interests of packing more passengers in. But self-interest and chasing the money over delivering great service has caused widespread customer dissatisfaction.

Better interiors are a step in the right direction, but they must be backed by service.

The reason why people flew 90 years ago wasn’t that it was the best way to travel. Sure, it was the fastest, but the compromises far outweighed many of the benefits.

They flew because doing so meant they became – for a few hours – a class all of their own. They became part of a sky-bound community while millions more went about their daily lives.

Flying was an experience.

It’s about time we returned to that.

KDC work with a number of leading aerospace interior contractors. If you’re looking for your next role then register your CV today. Or you can view our latest vacancies here.

If you operate in the aerospace industry and are looking for engineering and technical talent, get in touch with us today and we’ll be happy to help.