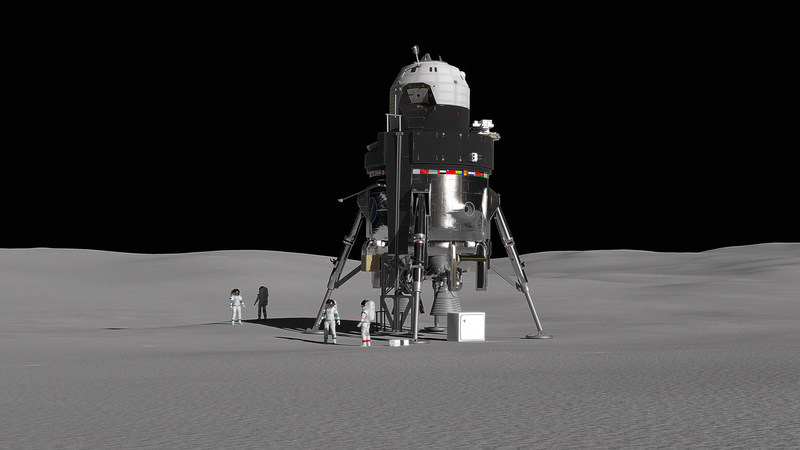 Lockheed Martin have unveiled a new crewed lander concept at the at the International Astronautical Congress (IAC) in Bremen that may eventually work with NASA’s lunar Gateway transporting astronauts to the Moon and potentially trips to Mars.

The concept is a single stage, fully reusable system that leverages proven technologies from NASA’s Orion spacecraft.  Capable of conveying four people and a cargo payload of 2000lbs in its initial configuration, the lander would stay on the surface for up to two weeks before returning to the Gateway.  The lunar Gateway, scheduled to be ready in 2022, would act as the home base for the lander.

Lisa Callahan, vice president and general manager of Commercial Civil Space at Lockheed Martin Space said "NASA asked industry for innovative and new approaches to advance America's goal of returning humans to the Moon, and establishing a sustainable, enduring presence there," said. "This is a concept that takes full advantage of both the Gateway and existing technologies to create a versatile, powerful lander that can be built quickly and affordably. This lander could be used to establish a surface base, deliver scientific or commercial cargo, and conduct extraordinary exploration of the Moon."