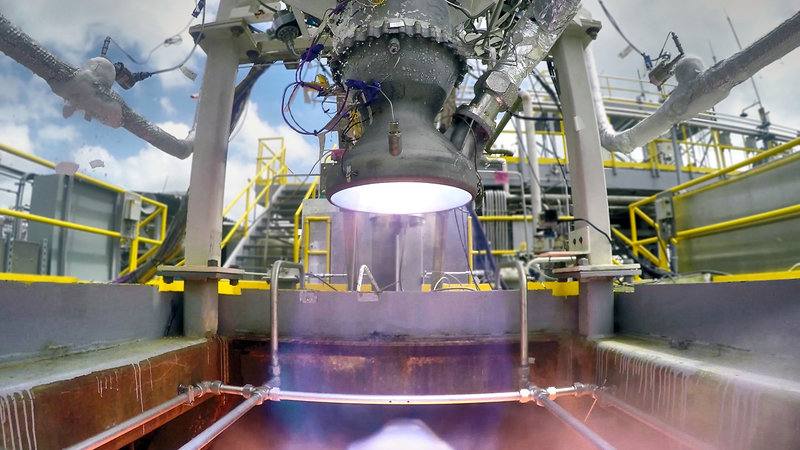 Relativity Space, the rocket engine start-up, unveiled a new 3D-printed rocket engine this week that could have a profound impact on manufacturing and future of space travel.

The engine, named the Aeon 1, is a big deal according to Chamath Palihapitiya, the well-respected Silicon Valley investor.  He said it is “time to freak out people. We 3D printed this engine - took more than 1000 parts down to 3”.

Time to freak out people. We 3D printed this engine - took more than 1000 parts down to 3. This company is literally at the bleeding edge... https://t.co/9pEb3vNWFO

The advantages of 3D printing coupled with automation are massive in an industry with long development cycles and high costs.  The company claims that in time the Aeon 1 will take one month to make rather than 6 months for a traditional engine and have far fewer individual parts - 3 parts compared to 1000 of a traditional engine according to Palihapitiya.

To achieve this, Relativity had to design and build its own 3D printer that focused purely on engines.  The printer, named Stargate, has 18-ft arms and is designed specifically to build the Aeon 1.  Importantly, the Aeon 1 has an evolvable design which allows development to be more agile and allows the company to iterate much more rapidly.

The other massive plus is potentially the price of a rocket launch - Relativity aims to reduce this from $100m to $10m within four years by 3D printing and launching a 90-ft tall rocket.  Along with reusability, pioneered by SpaceX, bringing down launch costs, this is another very exciting advance in technology that could seriously move the space industry forward.

The company’s mission isn’t just to create “an entirely reimagined process to iterate and scale rockets quickly and build the future of humanity in space.”  Rather, it also aims to eventually allow 3D printing of a rocket engine from resources found on Mars:

“In the early days of settlement, there will be few people living on Mars. Intelligent automation and lightweight, compact 3D printing are fundamental technologies needed to quickly build a new society with scarce resources - and the most scalable means to get back home.”

While we don’t work with Relativity, they are hiring at the moment.  So if you want to really build the future and make humanity a multi-planet species you can check our their open jobs here.