Is Black Nano Gold the answer to Climate Change? 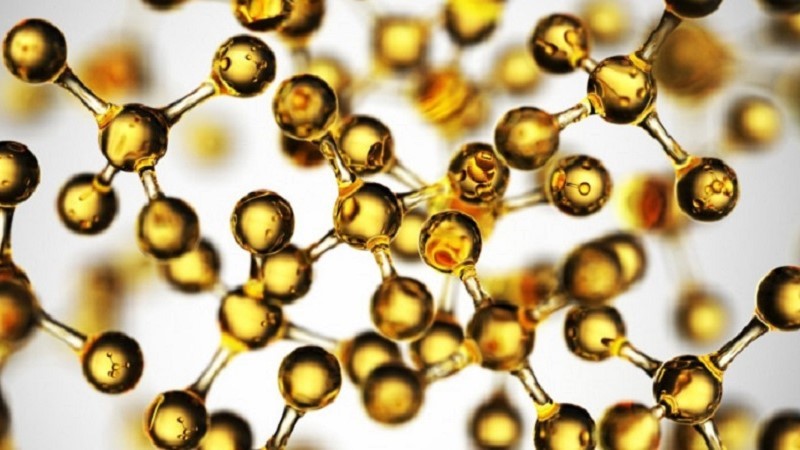 Environmentalists and scientists have been urging countries around the world to reverse the extreme levels of denaturalisation and deforestation occurring in developed and developing nations alike.

It has been proven that aggressive reforestation programmes will be one of the most effective methods of reducing CO2 emissions and combatting climate change.

China is taking reforestation so seriously that in 2018 they drafted in 60,000 soldiers to plant 32,400 square miles of trees around the Beijing area in order to combat the choking levels of pollution.

It is China’s intention to increase forest coverage from 21% of the total landmass to 23% by 2020. With China’s landmass sitting at over 3.7 million square miles, a 2% increase would grow coverage from 778,138 square miles to 852,247 square miles. Which is roughly three times the size of Texas.

The problem is growing trees takes time and parts of China are so heavily polluted that solar farms are no longer working.

However, a team at the Tata Institute of Fundamental Research in Mumbai believe they may have found a solution that works just as well in a fraction of the time.

According to the team at TIFR, the Black Gold is created by altering the gold nanoparticles and changing the distance between them.

This transformation builds on yellow gold’s heat-absorbing properties to also absorb water and CO2 as well, effectively turning them into artificial trees.

It also has the added benefit of desalinating seawater as a possible method to combat drought.

It’s worth noting that – at this point – the process only produces a very small amount of fuel, but the technology is still in its early stages. TIFR are confident that it can improve the conversion rate in the coming years.

As businesses across the world can expect to be taxed on their emissions, it also represents an opportunity.

Black Gold could be used to either eliminate or offset their carbon footprint. Black Gold lattices could be placed in exhaust stacks or businesses could pay for the growing of Black Gold ‘forests’ in order to absorb the equivalent emissions they produce.

While the carbon capture element is highly appealing and much needed, it’s questionable if we want to replace one type of combustible fuel for another.

Especially as it’s not clear what the by-products of burning that fuel in vast quantities would be.

Black Gold is an interesting proposition. It serves as carbon capture and fuel.

It’s not clear how much Black Gold would be needed to absorb a meaningful amount of CO2 – compared to a mature tree, for example.

There are also the questions of how long it would take to produce and how much it will cost.

If the cost is low and requires little in the way of maintenance, then it could be a strong contender in the emerging carbon capture market.

However, considering it requires manipulating gold the chances aren’t great.

Moreover, other carbon capture solutions are already in place and receiving state funding in order to expand their operations. The UK alone has put £26 million into carbon capture technologies in order to meet its emissions targets.

Companies like Swiss-based Climeworks have developed technology that extracts CO2 from the air. The CO2 captured can then be reused in farming or even to carbonate fizzy drinks.

The big challenge for Climeworks is that carbon capture is expensive. Between $94 and $230 per metric tonne.

The cost to capture the 37 billion metric tonnes of CO2 produced by burning fossil fuels each year, would be at least $3.47 trillion.

As the technology becomes more common and efficient the cost per tonne should reduce. Although even if the cost per metric tonne plummeted, the bill would still likely sit at in excess of a trillion dollars a year.

An alternative is seawater capture. This is theoretically cheaper, but the infrastructure will likely cost more. There are also fewer places it can be safely used.

But the carbon capture element is just part of Black Gold’s offering.

A viable, sustainable and cost-effective replacement to fossil fuels is fast becoming one of the most pressing matters of the 21st Century. Our ability to successfully migrate away from fossil fuels in the next 30 years will likely dictate the course of the hundred years that follow.

So, replacing one fuel for another will undoubtedly raise concerns. Especially as eventually the carbon levels will reach normal levels. At which point we’ll be using more carbon than we have spare.

The Dearman nitrogen engine is an interesting alternative as nitrogen is abundant in the atmosphere and in outer space. Also, a by-product of burning nitrogen is a small amount of nitrogen, making them highly efficient.

Currently, however, electric vehicles – including eVTOL aircraft – seem to be the most likely alternative to the combustion engine.

Considering Hyperdrive – the UK’s leading producer of Lithium-Ion batteries – has just opened a new 21,000 square feet facility, they are betting big that electric is the future.

The new location will allow Hyperdrive to develop new products and new technologies. The improved capacity will also allow the production of around 30,000 battery packs a year.

The timing couldn’t be better for Hyperdrive as Jaguar Land Rover has recently announced its intention to heavily invest in electric vehicle production.

Considering the EASA’s new framework for eVTOL aircraft and it’s safe to assume that demand for high capacity power cells is about to increase significantly.

But they’re going to have some competition.

Swiss-based Innolith has developed a power cell based on inorganic electrolytes. Because the cells are inorganic, they’re non-combustible which makes them far safer to use. They’re also claiming that the cells hold a greater charge that will last longer and be more environmentally friendly to manufacture.

It’s too early to tell whether the battery market can sustain two distinctive offerings. Lithium-Ion has the benefit of mass adoption. But assuming the alternative is universally compatible and comparable with Lithium-Ion in performance and cost, then it’s anyone’s race.

It almost seems irrelevant which solution proves the most successful in terms of reducing CO2 emissions and replacing fossil fuels, providing it happens.

However, with so many organisations striving hard to devise those solutions, we may just be in with a chance of succeeding.

KDC Resource is a dedicated technical and engineering recruiter into the emerging and disruptive technology space. If you are looking for an exciting role with organisations like these upload your CV today.

Or, if you’re searching for skilled professionals to join your team, get in touch, and a member of the team will be happy to discuss your requirements in more detail.