Is it the right time for Mega Constellations? 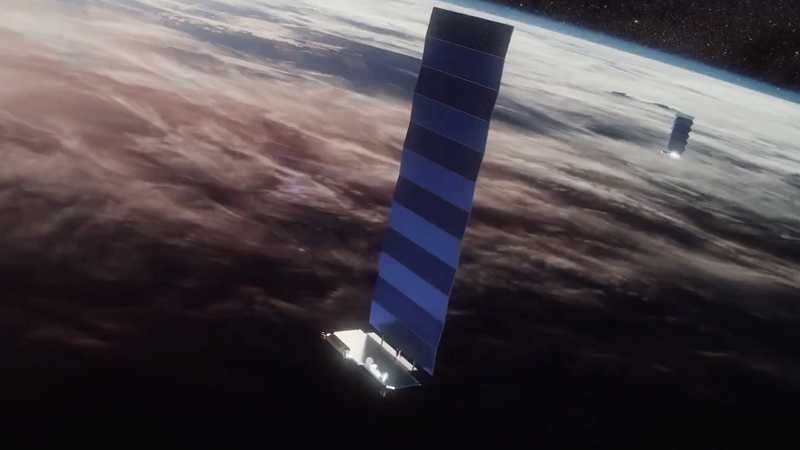 Private space and comms companies are planning to create large constellations of microsatellites to create a global broadband network. So, anyone, anywhere in the world could connect to the internet.

Building hundreds – if not thousands – of microsatellites, putting them into orbit and linking them into a network is a huge undertaking.

Some doubt the viability of such an endeavour especially considering the cost of putting the so-called mega-constellations into space. And the rate of obsolescence associated with the technology of this type could mean no sooner is the constellation complete will it need upgrading.

However, some of the most remote communities in the world rely utterly on their ability to connect to the internet via mobile devices. The ability to not only be connected but have a reliable – strong – signal would be transformational.

It represents economic emancipation as no matter where communities live in the world – providing they have an internet-capable device – they can access the same goods and services as everyone else.

It would also benefit expeditions or individuals travelling in remote parts of the world as – theoretically – they would never be out of contact. Which makes them much safer.

Not to mention more effective as research data can be uploaded reliably. This means equipment loss or failure is less of an issue as the data will have been secured.

Satellite constellations aren’t new. We’ve been relying on this technology for years – with satellites working together to relay information over a local or global network.

The GPS system being the one most common (and one of the most used) forms of constellation networks.

Mega constellations take that principle of linking satellites in order to transfer information across a network or to users on the ground – and dials it up to 11.

Mega constellations are made up of hundreds, if not thousands, of satellites in an overlapping network positioned in low or very low earth orbit. It allows for significantly faster data transfer between both other satellites and receivers on the ground.

It is the hope of companies like Space X, OneWeb and LeoSat that it can handle the same kind of data traffic as terrestrial fibre.

Regardless it represents the ability for the most remote parts of the world to get the kind of connection speeds enjoyed by countries like the US and the UK.

It’s good news for companies like Amazon and Netflix who will have access to an entirely new set of customers who – up until now – had very little chance of maintaining a good enough connection speed to make the service work.

It will also make internet services much cheaper.

On the island of Saint Helena – located in the middle of the South Atlantic, the population of 4,534 is expected to pay £162 a month for a download limit of 21Gb. Considering the average annual earnings is £6,000, that’s a luxury very few can afford and would still make streaming services essentially useless.

Compare that to the UK where customers can pay £27 a month for a 108Mb connection with unlimited downloads, it’s quite the difference.

Mega constellations will change all that. And not just for the people of Saint Helena. But more or less everywhere.

But for all the benefits there is one big drawback.

According to the Index of Objects Launched into Outer Space – maintained by a department of the UN – there are 4,987 satellites orbiting the Earth. That’s an increase of 2.68% compared to 2018.

That may not seem that much considering the world is 197 million square miles – with plenty of sky above it to accommodate a relative handful of objects.

Except that’s not all that’s in orbit.

According to the United States Strategic Command, there are over 128.9 million pieces of trackable debris. Including the 3,250 remaining pieces caused by India’s surface to a space missile test in April 2019.

Granted, of that 128.9 million pieces, only 34,000 pieces are of sufficient size to cause a problem.

Although micro debris – if travelling fast enough – can cause untold harm. A rocket passing through a field of micro debris would experience something akin to having the hull sandblasted. Which could end very poorly.

Space X put 60 Starlink satellites in orbit to trial the technology ahead of the 12,000 strong networks they intend to put into orbit.

That’s a 240% increase on the current orbiting satellites (including limp satellites), excluding all forms of debris.

And Space X aren’t the only players in the market.

Telesat and LeoSat are two other organisations working to build smaller mega-constellations in order to make the world better connected.

LeoSat are working on around 108 satellites in an initial build phase. They claim to be making the most sophisticated commercial satellite ever devised. Although aren’t they all?

If the numbers are to be believed the network could support up to speeds of 5.2Gbps with a lower end speed of 1.6Gbps. LeoSat claims their network will be 1.5 times faster than the current terrestrial network.

Not that the average user would massively notice the difference.

It’s not clear if the 108 satellites are able to do what Space X intends to do with 12,000 or if it’s a phased rollout. Regardless it’s still adding to a worsening problem that needs to be addressed.

If all the proposed mega-constellations were launched it would provoke over 67,000 collision alerts a year – based on current tracking technology.

Moreover, whether it’s adding 108 objects or 12,000 objects, these companies – however well-intentioned their objectives – are adding to an increasingly congested sky. And, when the satellites inevitably fail or fall out of use they will become part of the debris field.

And then the next wave of satellites will be launched…

Fortunately, there are businesses like Astroscale working to address the issue but it’s hard to see how they could cope with removing an obsolete network of 12,000 satellites in 10 years’ time.

Let alone deal with the 34,000 other pieces of large debris.

There’s no denying that mega-constellations will transform communication and connectivity for millions.

It will make the world safer, more connected and more reachable than ever before.

However, it’s hard to see how we can add thousands of more satellites into orbit without a concerted effort towards cleaning up the skies.

KDC Resource is a dedicated technical and engineering recruiter specialising in the space sector. If you're looking for a new role upload your CV today. If you're searching for top technical talent get in touch and a member of the team will be in touch.