Is it Time the UK Upgraded its Military? 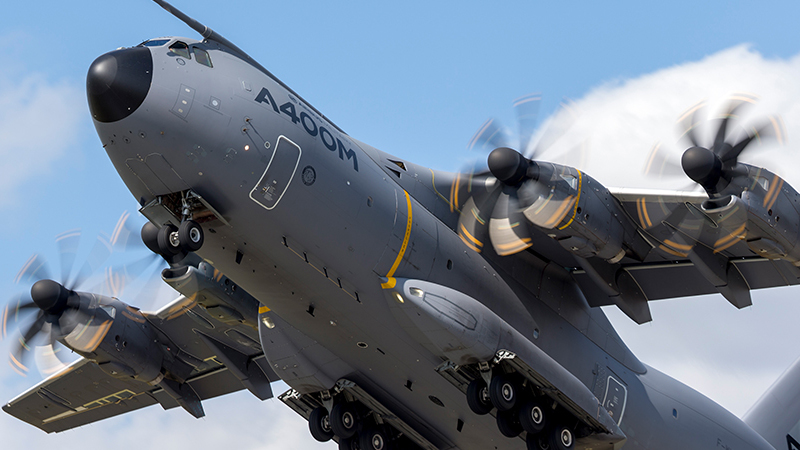 The British government's recent announcement of increased military investment raises some significant questions about the state of military equipment. We are primarily left wondering whether our weapons systems are now outdated and what needs to change in the future.

There are plans to introduce a number of replacement systems in the coming years, but what effect will this have on the British military's face? And are our weapons systems in an acceptable state to continue use until then?

Known as the Global Combat Ship, the Royal Navy’s Type 26 frigate is due to be the replacement of the 13 current Type 23 frigates. The project began in 1998, and BAE Systems was announced as the primary contractor in 2010. If all goes to plan, the first Type 26 frigate should be delivered in 2023.

The Type 26 will become the Navy’s main workhorse ship, focusing on advanced anti-submarine warfare. It will also serve maritime security and international engagement while becoming the face of 21st-century modern combat.

The main gunnery will include various small-calibre weaponry, all of which will still be controlled by gun crews. Similarly, the frigates will be fitted with Sea Ceptor, a missile system currently in use on the Type 23. BAE state the frigates will use Artisan 3D radar and sonar 2087 as their primary detection systems. Of course, many of the finer details are still confidential.

As the Type 23 frigates have been in use for 20 years, it is understandable that now might be time for a change. However, the MoD plans to extend the Type 23s past their 30th birthdays through LIFEX refits, which are currently underway. These refits focus on essential repairs and replacing the outdated detection and missile systems with their current versions, such as Sea Ceptor.

However, some will emerge from repairs with only three years until decommission due to several frigates' condition. It is likely the plan was to extend the UK’s capabilities by having a larger fleet. Still, it is debatable whether focusing so much time and energy on extending old frigates' life is worth it.

The most comparable model being developed by other countries is the US Navy’s FFG(X) frigate, which will be in use by 2030. It contains comparable weapons and detection systems and will serve the same purpose of defending aircraft carriers. Like the Type 26, it will act as the workhorse of the US Navy’s fleet.

As we have recently discussed in another article, the RAF has plans to replace the current Typhoon with the updated Tempest. Among its many advancements are the possibility for crewless flight and use of drone swarming. The Tempest will also feature a range of energy weapons, adaptable physical architecture, scalable autonomy, and a flexible payload bay. In short, the Tempest will revolutionise air combat in the future.

The Tempest is due to join the fleet in 2035, at which point the Typhoon will be phased out. A similar aircraft is being developed by a partnership between France, Germany, and Spain for the same purpose. This aircraft will likely arrive in their fleets in 2040.

Although the Typhoon is still an operational aircraft, it does not reflect the state of modern warfare. Energy-based weapons systems and crewless vehicles have risen sharply in popularity in recent years. These are technologies that have yet to emerge on a considerable scale in the British armed forces. This will clearly change with the introduction of the Typhoon.

How will the Challenger 2 hold up?

As the MoD makes straightforward advances in both air and sea, is it reflecting these plans on the land too? Potentially yes, although not with as much force as the other areas of defence.

The Royal Army mainly uses the Challenger 2 tank and has done so for over 20 years. It is due to retire by 2025, although currently undergoing a LIFEX project similar to that on the Type 23 frigates. This project includes a vast overhaul of weapons and communications systems to reflect recent technology advances.

As we discussed in a previous article, the Army is currently introducing the Ajax, a versatile tank that will easily replace the Challenger 2. Its main benefit is that the 40mm can be swapped out for a number of other options.

Regardless of which tank the Army uses, the Ajax or newly dubbed Challenger 3, there is some concern about its relevance against other countries. For example, Russia is introducing its T14 Armata tank, which has kinetic-energy anti-tank rounds. This kind of technology is yet to be seen in the British Army and so puts us several stages behind where we need to be.

It is clear by now that the British government has no plans to introduce equivalent advances in its tank regiments as it is introduced in the Navy and RAF. After all, if they were to exist, they would be rolled out at a similar time. Therefore, their plan seems to be upgrading the Challenger 2 to include anti-tank weaponry and “soft-kill” protection systems.

The British defence sector has reached an important time in its life. We are currently seeing the replacement of several cornerstone systems that have been the front-line of our defence for around two decades.

However, the question remains whether this is really the kind of upgrade we need to our systems and whether this will truly be reflected in the Challenger 2 LIFEX project. Hopefully, the boost in defence spending will point the armed services in the right direction regarding comparison to other major defence players worldwide.