Is the future Hypersonic Aircraft? 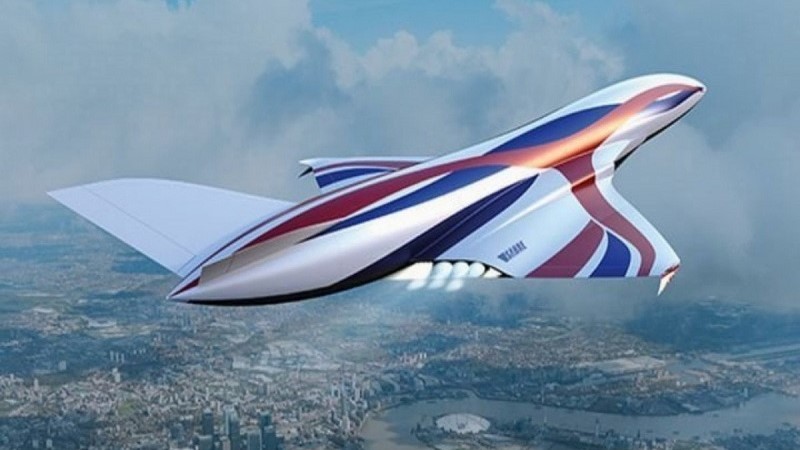 It’s been 50 years since Concorde first took to the skies. And 16 years since humanity stock a technological backwards step when it was retired.

Although aircraft have been decommissioned before, there was usually something to replace it. And it was usually better.

The day Concorde stopped flying was the day we stopped being capable of supersonic commercial flight. It was the first time in history the march of progress stalled.

Progress has natural plateaus – the suspension of the Apollo and Space Shuttle programmes being two examples. But it rarely stops altogether.

Fast forward to today and two companies are bringing this incredible way to travel back from the dead. Boom and Aerion are vying for dominance in the supersonic flight market. Both have designed aircraft that can carry passengers are supersonic speed.

However, both have positioned their aircraft for the very top end of the market.

Aerion’s offering is essentially a supersonic private jet, capable of seating only a handful of people.

Boom’s Overture is more akin to supersonic business class. It boasts slightly more seats, slightly less comfort than standard business class but you can fly to New York and be back in time for dinner.

Which is quite useful.

Concorde didn’t fail by accident. The cost was extortionate. The plane was cramped, uncomfortable and difficult to fly.

It suffered from very short range. A fully loaded Concorde had barely enough fuel to make it to New York.

It was also incredibly noisy. The Concorde was prohibited from flying at supersonic speeds over land because of the sonic boom.

While a sonic boom may seem like a single event it is actually relative to the observer. Specifically, when the compressed sound waves reach that person’s ears.

Travelling over land would essentially bombard the ground below with sonic booms. So over a densely populated area it would be intolerable.

All these problems added up to the biggest innovation in sustained flight being – in reality – fairly limited in its application.

The resurgence in supersonic flight is entirely down to the ingenuity of the people behind these two projects.

One of the biggest claims by Boom and Aerion is the design of their aircraft mitigate that issue, creating a low-boom. Essentially the plane can reach supersonic speeds in a way that doesn’t cause shockwaves that plagued Concorde.

If the technology works, both the Overture and the AS2 can travel at supersonic speeds over land, significantly extending its application to include routes overland.

Moreover, the plane should be able to fly at lower altitudes which will make the flights more fuel-efficient and avoids any issues around possible solar radiation exposure, which was a genuine hazard during the Concorde era.

But a return to supersonic speeds may just be the beginning…

The hypersonic aircraft has been on the radar for a while. The X-15 achieved Mach 6.72 making it the fastest manned aircraft ever built. In 1967 it achieved an altitude of 102,100 feet and speeds of 4,520 miles per hour.

At time of writing its record remains unbroken.

Image courtesy of NASA and USAF

The unmanned X-43 reached Mach 9.6 (7,365 mph) using a scramjet setting speed records in 2004. It was designed as much to prove hypersonic air breathing propulsion was viable.

The potential of hypersonic flight is huge. Turning laborious long-haul flights in to short journeys no more taxing than driving from London to Manchester. Although in practicality, far easier.

Recent tests of the SABRE engine, from UK based Reaction Engines, achieved an air intake up to 420 degrees Celsius, the air temperature experienced at Mach 3.3.

The hope is to get the precooler to the point where it can tolerate temperatures in excess of 1,000 degrees Celsius which means the engine could – theoretically – achieve speeds of Mach 5.

That’s the equivalent of 3,836 miles per hour. At those speeds you could fly from London to New York in an hour.

Obviously, there are environmental considerations but engines that powerful could transform international travel. Providing both passengers, luggage and the engines can all be house in a fuselage that make practical and financial sense.

But that’s the next challenge.

This breakthrough could transform the offering of an organisation like Boom, leaving any competitor in their wake.

Boom is working on its own engines whereas Aerion having opted for the GE Affinity engine. So while SABRE is an incredible achievement there’s no player in the market ready to use it.

However, Boom, Aerion and Reaction Engines aren’t the only outfits looking to turn mass transport into the ultimate speed experience.

Boeing unveiled a hypersonic aircraft design concept last year. They too claimed it could hit speeds of Mach 5 with a top speed of 3,806 milers per hour at sea level.

They believe that hypersonic aircraft will be a way of life within the next 20-30 years.

With Boeing’s history working with highly experimental aircraft, and their partnership with Aerion – announced in February – they have the skills, experience and infrastructure to make it happen.

Although if Reaction Engines are successful in their efforts hypersonic flight could be much sooner than that.

Whatever happens next with hypersonic flight, the organisations involved will be something spectacular.

It also has the potential to change the way we think about travel. No corner of the world will be too far or too arduous to reach. Business can be carried out face to face, no matter where you reside.

And while these organisations strive to solve the challenge of migrating the flying city from sub-sonic speeds to hypersonic speeds, Boom and Aerion will be restoring us to our rightful place as a supersonic civilisation.

Of course, there are environmental considerations to take in to account but there is nothing to suggest that hypersonic engines need to run on traditional fuels.

Which opens a whole new area of possibilities.

KDC Resource are experts in technical and engineering recruitment for the aerospace industry. If you are looking for your next role then register your details today. Or if you’re struggling to find top talent for your next project, get in touch and a member of the team will be able to assist.