Is this the solution to affordable and environmentally friendly small space launches? 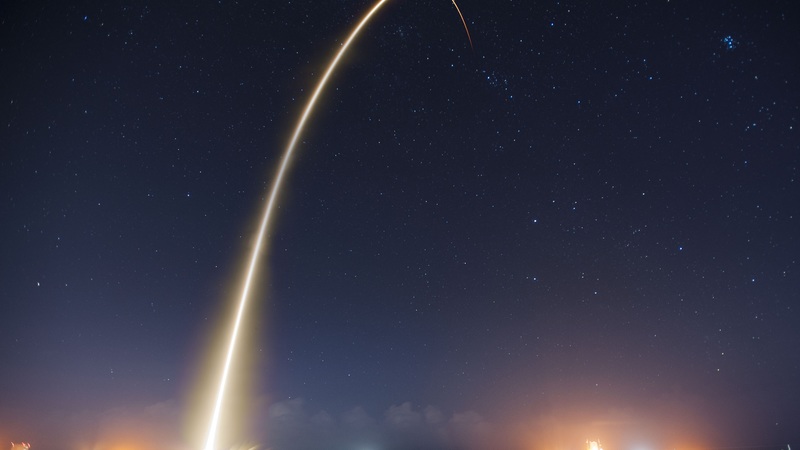 One of the most problematic issues facing space launches is not only the cost but factoring in space debris. A group of engineers at the University of Glasgow may have found the solution; a self-eating rocket. A development that was announced two years ago [1], has finally won support from the UK Government [2]. A ‘self-eating’ rocket engine that aims to put small payloads into orbit by burning its own structure as propellant has been pledged £90,000 by DASA, part of the Ministry of Defence.

In a press release by the University of Glasgow, they explain that the autophage engines have already been test-fired using all-solid propellant. The funding will underwrite the required research to enable the use of a more energetic hybrid propellant: a solid tube of fuel that contains a liquid oxidiser. The engine is due to be test-fired at Kingston University in London, next year.

Dr Patrick Harkness, of the James Watt School of Engineering, said: “We’re thrilled to have DASA in support of the autophage programme. The new propellants will take us closer to viability because they contain enough energy to reach orbit in a smaller launch vehicle.

“The specific payloads we are targeting include the small satellites for which Glasgow is becoming increasingly well-known. At the moment it often takes a long time to launch these, because they need to be grouped for a flight on a larger rocket, and that large rocket is often launched from sites in the USA or Kazakhstan. It can take years.

“It would be much better to use a smaller rocket, matched to our smaller payloads, and to launch from the UK. However, that’s difficult because scaling down a rocket reduces the mass of the propellant more than it reduces the mass of all the other components, including the tanks that hold the propellant itself. That’s why rockets today are fundamentally the same size they were in the 1950s.

“The autophage concept is simple: burn the tanks as well. That saves the excess mass, and it means that we can miniaturise the vehicle without hitting this wall.

“The body of a hybrid autophage rocket will be a tube of solid fuel, containing a liquid oxidiser. The entire assembly will be consumed, from the bottom up, by an engine that will vaporise the fuel tube, add the oxidiser, and burn the mixture to create thrust. The engine will have consumed the entire body of the rocket by the time the assembly reaches orbit, and only the payload will be left. It is a much more mass-efficient process.”

The technical development is currently being conducted by Krzysztof Bzdyk, who left NASA to oversee the development of the engine at the University of Glasgow.

Discussing the project, he explained, “The engine has to run hot enough to vaporise the fuel tube, but at the same time not destroy itself in service. We will use the cold fuel tube coming into the engine as means of controlling temperature, in a process called regenerative cooling. But even so, the test article will have to be made of exotic materials, like tungsten and graphite, at least until we fully understand the temperatures inside.”

Dr Peter Shaw, senior lecturer in astronautics within the Faculty of Science, Engineering and Computing at Kingston University, said: “We’re delighted to be collaborating with DASA and the University of Glasgow to carry out the test-firing of this engine at our new rocket lab at the University’s Roehampton Vale campus.

“As the UK’s space industry continues to grow and thrive, our investment in these facilities will provide a platform to support the next generation of emerging talent and allow us to partner with other institutions to help the country achieve its space ambitions.”

Dr Harkness added: “Demand for these types of launches could reach as many as 3,000 a year by the middle of this decade – a potential global market value of £100m.

“Smaller rockets like this, which could be launched from sites here in Britain, could be the key to unlocking that market. The UK has a strategic aim to secure 10% of the worldwide space industry by 2030, and we believe that our autophage engine is uniquely well-placed to help deliver on that ambition. We’re looking forward to continuing our work to develop the engine and help the UK find its place in space.”