Joby Aviation Move Towards the Next Step in eVTOL Rollout 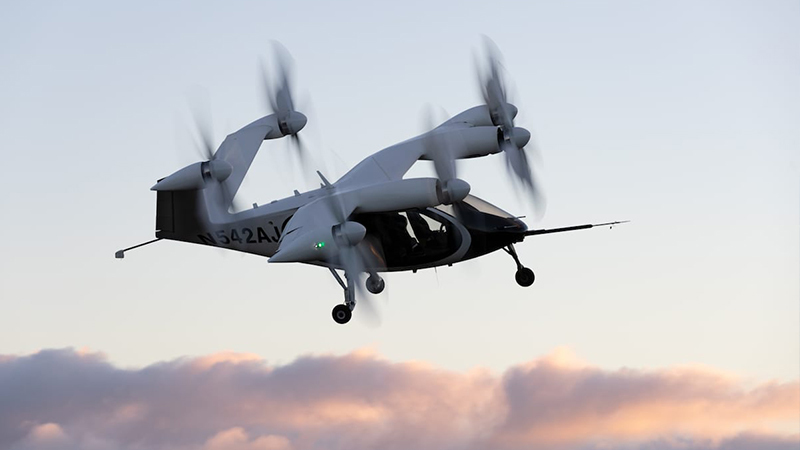 Until recently, our discussion surrounding eVTOLs has focused on the aircraft themselves. But now, we are moving to the next stage in rollout: the infrastructure. While the UK begins its Air-One programme, Joby Aviation has taken the first steps to develop its own infrastructure.

As a privately run project, it differs from the UK’s. Other companies, such as Lilium, are also looking at their own infrastructure projects. What do these need to be successful, and how do they plan to use available space to their advantage?

As you may be able to guess, Joby plans to focus on utilising parking garages as their primary vertiport locations. The logic behind this is simple yet effective. Parking garages are structurally reinforced to support large weights, are situated in prime locations, and they would enable car-to-eVTOL transfer routes, dubbed “mobility hubs”.

REEF is the largest parking garage operator in the USA, so partnering with them is a shrewd move. The company owns more than 5,000 sites across North America, which would provide Joby with the ability to reach 70 per cent of the American public.

The plan would see Joby’s vertiports built on the roofs of parking garages, which are often unused spaces. Even garages that use roofs as parking will not lose much from giving up this space. Considering the potential extra revenue this move could bring in, it is a sensible business move.

Also, Joby’s partnership appears to give it exclusive access to REEF’s assets. Considering we are not far away from the commercial rollout of the earliest eVTOL products, this will put it in a superior position to its competitors.

In a similar move, Lilium plans to open its first vertiport in Orlando, Florida, by 2025. Its current plan is to develop both standalone ports and designs that can be integrated into existing infrastructure. The company’s initial offering in Orlando will be standalone; Lilium has stated it will resemble “iconic art” in the area.

Lilium’s vertiport designs can be pre-assembled in advance to reduce cost. It implies they will be a fairly simple, modular design regardless of whether they are integrated into existing buildings or not. However, with Joby’s apparent monopoly on American parking garages, it will be interesting to see whether there will be any left for other eVTOL companies.

Joby’s exclusive deal with REEF raises an interesting question: will eVTOL companies share vertiports? The likely answer is no due to various factors. The first is a simple business: if you can have exclusive business in a city, why would you share?

But, from an infrastructure perspective, it might not be possible. We know little about the inner workings of current eVTOL designs, but it is not unreasonable to assume they will require different charging and battery-changing facilities. However, if all designs share the same charging setup, we might see shared vertiports later down the line. In the beginning, though, access will probably be exclusive.

The initial cost and plan for building vertiports will present challenges. While parking garages offer the right kind of space, they will need upgraded power facilities to accommodate battery charging for eVTOLs. For them to officially receive green status, it will need to be renewable energy, too.

Integrating a vertiport into an existing garage will likely be cheaper than building from scratch. The report cited the above projects construction costs of between $10 and $40 million as an optimistic estimate. In areas such as New York and San Francisco, land can cost this much to purchase per acre.

Modular approaches, such as the one proposed by Lilium, will drastically reduce cost. Their model implies they will need little physical infrastructure before setup, ideally meaning their ports can be assembled off-site and dropped into place.

As some companies set their sights on mid-range eVTOL travel (such as the Lilium Jet and VoloConnect), we will also see vertiports in more rural and suburban areas. These will be cheaper and easier to implement due to lower land costs in these areas. Even so, we may see companies rent (or even buy) privately owned land. This could play out much like the Joby-REEF partnership depending on the stakeholders involved.

To build a successful vertiport, companies will need space, power, and location. Theoretically, vertiports will not need to be large; it depends on how many eVTOLs they will support. A port for one or two aircraft would easily fit on the roof of most buildings, providing there is room for infrastructure.

But, perhaps a more important issue is the location itself. The purpose of eVTOLs is to facilitate convenient, green travel around urban and suburban spaces, so vertiports must exist in convenient locations. If passengers need to travel between a vertiport and tube station, it will reduce the success rate.

Providing companies meet these requirements; success will be entirely achievable. While not the main concern of vertiport rollout, the process will also create jobs during construction and operation. We will see engineers and technicians on-site to change batteries and maintain aircraft. However, creating facilities for them will require more space.

eVTOLs are Just Around the Corner

Although we have been interested in the development of eVTOLs for some time now, it has felt like a far-off dream for many outside of the companies building them. However, with announcements from Joby, Lilium, and the British government, commercial rollout seems just around the corner.

How vertiports will play out in the coming years remains to be seen, as many are still conceptual. Even so, it will be interesting to see the novel approaches these companies take to creating the necessary infrastructure for their air taxi systems.