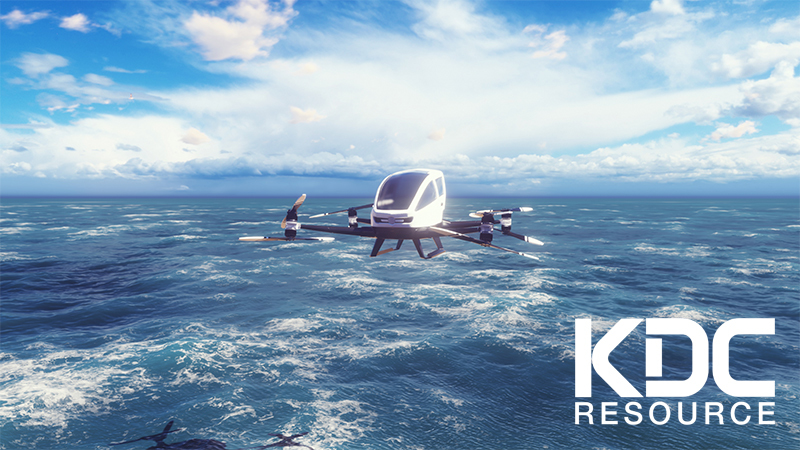 The introduction of electric motors into the aerospace market will inevitably have industry-shifting potential. Yet, for now, at least, many of the key developments are still in their testing stage. Some companies, like Joby, have completed more than 1,000 test flights of their electric aircraft, but we are still a few years from commercial rollout.

Anyone who has been closely following this subject will know there are many variations in the concept of electric aircraft. Whether it is the difference between short-range urban taxis or longer-range electric aircraft, the term future air mobility is wide-ranging.

We decided this would be an excellent opportunity to consider what exactly falls into future air mobility while also making explicit some of the key terminology associated with the industry.

Perhaps the best place to start is with the main concepts of future aircraft. While this list will not be exhaustive, it will consider examples of the main types of aircraft we will see commercially in the coming years.

eVTOL stands for electric vehicle takeoff and landing and is one of the key developments in future air mobility. We have discussed this concept in-depth in several other posts, including one about the key players in this market.

As the name implies, eVTOLs are characterised by vertical propulsion, which saves on space. AI and machine learning will also be fundamental concepts in eVTOLs, as they will enable autonomous flight. We have discussed this in detail elsewhere, and while not every eVTOL will fly autonomously, this will be a big part of specific markets.

There are several variations in the larger eVTOL design, which primarily dictate the type of propulsion the aircraft uses. One of the main differences between these variations is their range. Some are designed for inner-city travel, while others are capable of covering greater distances. Again, we have published a full post on this previously, but a quick summary is as follows:

One of the key differences between these designs is range, and different eVTOL will cater to different markets. Of course, electricity is not the only fuel source we will see in future air mobility, as we will discuss later.

Also known as air taxis, UAMs are one of the main areas of development for eVTOLs. Unlike long-range electric aircraft, there is currently no market to build upon for UAMs; they are an entirely novel concept. However, it will also be one of the most challenging markets to introduce and regulate due to their use in cities. Along with new governmental legislation, manufacturers face the challenge of social acceptance, particularly in areas of safety and noise levels.

There is arguably much more significant variation in the concept of long-range aircraft, as this would typically cover everything designed for more than inner-city travel. For example, the Lilium Jet’s range is more than 250km, while companies like Boeing and Airbus are currently developing electric versions of their long-haul passenger aircraft.

Similarly, within the longer-range market, we will find different fuel types. Large commercial aircraft will struggle to function on the current battery technology available, and so some manufacturers are looking into using hydrogen as fuel.

As is evident, the boom in future air mobility has created new markets and introduced novel technology to existing ones.

As more aerospace companies look to phase out their reliance on fossil fuels, two leading contenders appear to dominate the fuel industry: electric and hydrogen. Both present massive benefits over traditional fuel sources but equally have their own challenges.

As discussed above, electric aircraft are one of the main areas of growth in future air mobility. Whether this is urban taxis or passenger aircraft, introducing battery power to the aerospace sector will revolutionise the way we fly.

However, current battery technology is slightly limiting the boom of electric aircraft. We have discussed this in more depth elsewhere. Still, lithium-ion batteries, as we know them, do not have a great enough energy density and too short a lifespan to be viable in the future of air mobility. Of course, lithium mining is a process fraught with sustainability and ethical issues, too, and so it is likely we will need an overhaul of battery technology in the coming years to make electric aircraft more viable. While UAMs will theoretically cope with lithium-ion batteries, the same will not be true for large passenger aircraft.

Much like land vehicles, there are hybrid power aircraft. These have a much greater range (currently) than electric aircraft but are better than traditional aircraft in fuel consumption. Although the technology has been in development since 2011, one major development came in the form of Airbus’s E-Fan-X.

Instead, for larger aircraft, hydrogen will likely carve out a place as the fuel of choice. It has the potential to be a clean, efficient energy source capable of fuelling aircraft over much longer ranges. While the introduction of hydrogen fuel into land vehicles is a relatively straightforward process, it is more challenging to adapt aerospace technology. However, companies like ZeroAvia are working on high-efficiency hydrogen fuel cells for aerospace applications.

Much like current battery technology, though, we will need to see an overhaul in hydrogen production if we are to see effective commercial rollout in the aerospace sector. Hydrogen production currently releases 830 million tons of CO2 emissions each year, meaning it is not the green energy source many perceive it to be. However, the falling cost of electrolysers will likely change this in the coming years.

Even within the more general markets such as UAM, we will see different aircraft for increasingly specific niches. Companies like Volocopter cover the air taxi niche, while companies like Lilium would fit better in roles such as airport travel and mid-range journeys.

Then we have companies like FlyNow Aviation. Its current concept aircraft is a single-seater, counter-rotor drone designed for a single person and luggage. Rather than replicating a typical taxi, the company aims to create an aircraft for professional commuters who would typically drive to work. Instead of using a five-seater car, they would use a single-seater drone. It might not suit everyone, but it would be ideal for city workers, travel to business conferences, and similar purposes.

But future air mobility does not have to mean creating new markets. As we have discussed, the future of commercial aerospace will see new fuel technologies and more efficient aircraft designs. Travelling farther on less fuel will always be a benefit, regardless of whether this fuel is renewable or not.

Similarly, we will hopefully see new technologies take over from potentially redundant transport methods. eVTOLs, for example, could easily fulfil the role of helicopters; their design is similar and their function is almost identical. Providing the technology functions effectively in commercial niches, there is no reason why it could not replace helicopters in almost any role.

Conclusion - The Future of Air Mobility

The coming decade will see some fascinating changes in the aerospace sector. Many companies are close to commercial rollout, after which we will likely see a massive boom in markets such as eVTOL and electric passenger aircraft. It is unlikely these will be passing trends, either, as once we have effective electric aircraft, they will be here to stay.