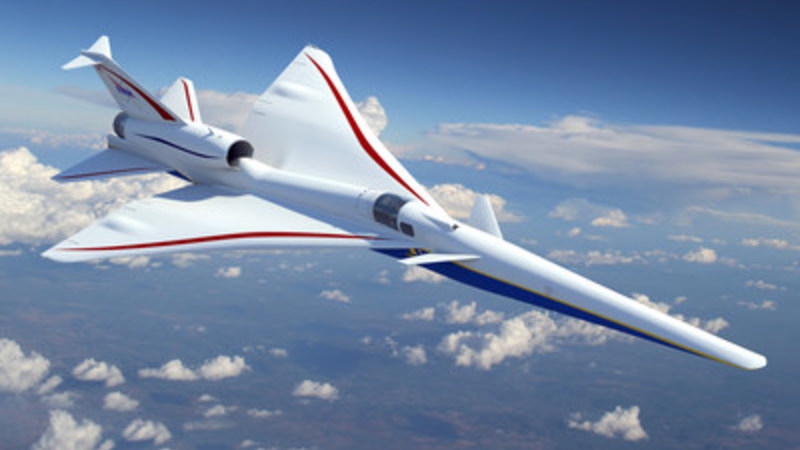 The next step in the much-vaunted QueSST (quiet supersonic technology) programme has been taken with Lockheed Martin awarded a contract worth $247.5m to build and test an X-Plane demonstrator by NASA.

The QueSST programme is hoping to bring back supersonic flight but without the noise concerns that plagued the supersonic planes of yesteryear.  The famous sonic boom that traditionally accompanied faster-than-sound flight will be instead turned into more of a dull thump which should hopefully be much more palatable to the public living under flight paths.

This next phase of the programme will see Lockheed Martin build a prototype of the X-Plane that can cruise at speeds of up to 940mph at 55,000 ft.  The prototype will then fly over certain cities in the US in a research and testing phase in order to solicit community feedback to gauge the public’s response to this new sound.

Jaiwon Shin, Associate Administrator for Aeronautics at NASA said “It is super exciting to be back designing and flying X-planes at this scale.  Our long tradition of solving the technical barriers of supersonic flight to benefit everyone continues.”

“We’re honored to continue our partnership with NASA to enable a new generation of supersonic travel.  We look forward to applying the extensive work completed under QueSST to the design, build and flight test of the X-plane, providing NASA with a demonstrator to make supersonic commercial travel possible for passengers around the globe.” said Peter Iosifidis, Low-Boom Flight Demonstrator Program Manager at Lockheed Martin Skunk Works.