Maiden Flight for Stratolaunch This Summer 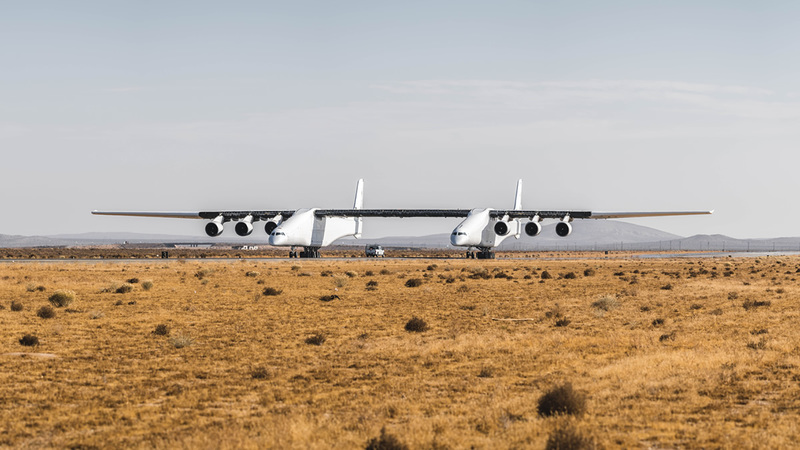 Stratolaunch’s maiden flight is to take place in Summer 2018 as it looks to take the next step towards commercial rocket launch services.

Stratolaunch is most famous for the aircraft’s mammoth size. Seriously, the plane is huge. It has a wingspan of 385 feet, weighs 580 tonnes with a rocket and requires six Pratt and Whitney PW4056 747 jet engines to take flight.

With this sheer size comes significant uncertainty when flight testing but the company claims that all has gone well to date.
Paul Allen, Founder of Stratolaunch (and Co-Founder of Microsoft), said in 2017 to the Washington Post “I would love to see us have a full reusable system and have weekly, if not more often, airport-style, repeatable operations going.”

The plane already has two taxi tests already under its belt and a further three planned.  The taxi tests have been at ever increasing speeds - the next will aim to hit 80 mph with future tests needing to prove that 138 mph, the required speed for takeoff, can be achieved.  Assuming that these tests go to plan, the company announced at the 34th Space Symposium in Colorado that the aim was for the humongous aircraft’s first flight to take place this Summer.  Stratolaunch will still need to go through the FAA airworthiness process before an actual launch can be undertaken.