Mid-Air Lightning Strikes Could be Reduced by Negatively Charging Planes 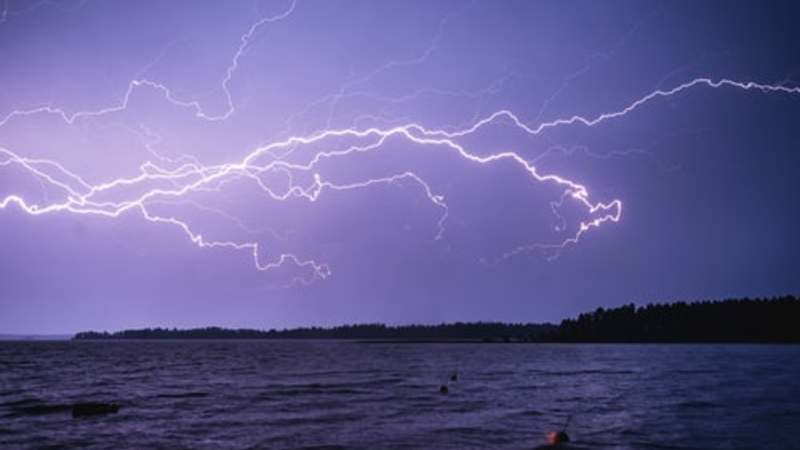 MIT researchers have found that negatively charging aircraft exteriors could significantly reduce the chance of being struck by lightning mid-flight.

Commercial jets are struck by lightning at least once a year and it is thought that around 90% of the strikes are triggered by the aircraft itself due to the plane's electrically conductive exterior acting as a lightning rod.  This sparks a strike that could potentially cause structural damage as well as interfere with onboard electronics.  Positive leaders - a highly conductive flow of plasma and the preceding stage to a lightning strike - can be set off as planes become increasingly polarised.

The event also leads to inspections - inspections that keep the aircraft from flying and interrupting regular schedules which obviously costs money.  To avoid this undesirable scenario, Boeing charged MIT with finding a way to counteract the polarisation that occurs when flying through an ambient electric field.

The team created a mathematical model that detailed the conditions under which a leaders would develop and the conditions that then were present to turn them into a full blown lightning strike.  Once the model was developed, the researchers set about applying it to the geometry of an aircraft in order to investigate whether charging a plane negatively would avoid leaders from being developed and therefore avoid a lightning strike.  The technique required a 50% higher ambient electric field in order to initiate a leader, compared with the regular uncharged scenario.  Read the full results here.

“We’re trying to make the aircraft as invisible to lightning as possible,” says co-author Jaime Peraire, head of MIT’s Department of Aeronautics and Astronautics . “Aside from this technological solution, we are working on modeling the physics behind the process. This is a field where there was little understanding, and this is really an attempt at creating some understanding of aircraft-triggered lightning strikes, from the ground up.”

However, this solution isn't ready for deployment just yet.   Emeritus Professor Manuel Martinez-Sanchez said “Numerically, one can see that if you could implement this charge strategy, you would have a significant reduction in the incidents of lightning strikes. There’s a big if: Can you implement it? And that’s where we’re working now.”   In order to make the proposed solution universally practical, Martinez-Sanchez says that response time will need to be significantly quicker than the fractions of a second that they have modelled although some scenarios can be covered under the current model.  “The scenario we can take care of is flying into an area where there are storm clouds, and the storm clouds produce an intensification of the electric field in the atmosphere,” Martinez-Sanchez says. “That can be sensed and measured on board, and we can claim that for such relatively slow-developing events, you can charge a plane and adapt in real time. That is quite feasible.”