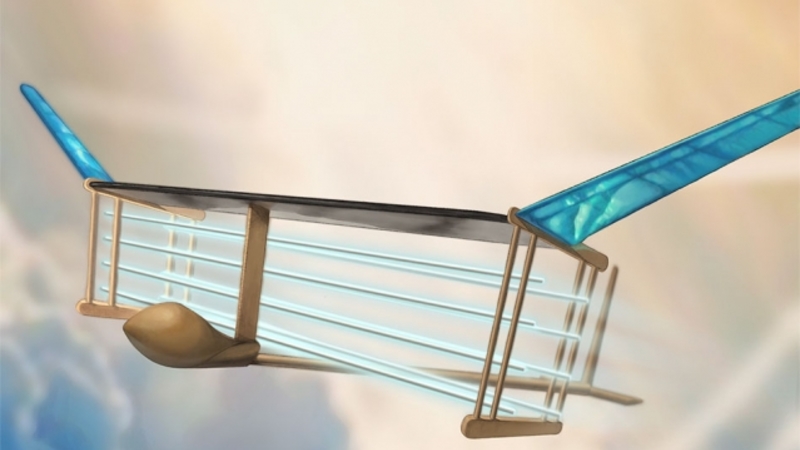 MIT Researchers have successfully completed a test flight of an aircraft with no moving parts, generating thrust by “ionic wind”.  Ionic wind occurs when charged molecules in the air are subjected to an electric field which causes them to accelerate. And when these charged molecules collide with neutral ones, they transfer part of their momentum and generate thrust.

“This is the first-ever sustained flight of a plane with no moving parts in the propulsion system,” says Steven Barrett, associate professor of aeronautics and astronautics at MIT. “This has potentially opened new and unexplored possibilities for aircraft which are quieter, mechanically simpler, and do not emit combustion emissions.”

However, the system is still very much in its infancy, despite the theory being nearly 100 years old.  Tests in the 1960s only managed to turn around 1% of the input electricity as thrust which isn’t exactly the pinnacle of efficiency.  Despite the impressive flight test, the MIT team still only managed 2.6% efficient so clearly there is an awful lot of work to do before ionic propulsion is in any way useful in the real world.