Modular Passenger Planes Could Be The Future 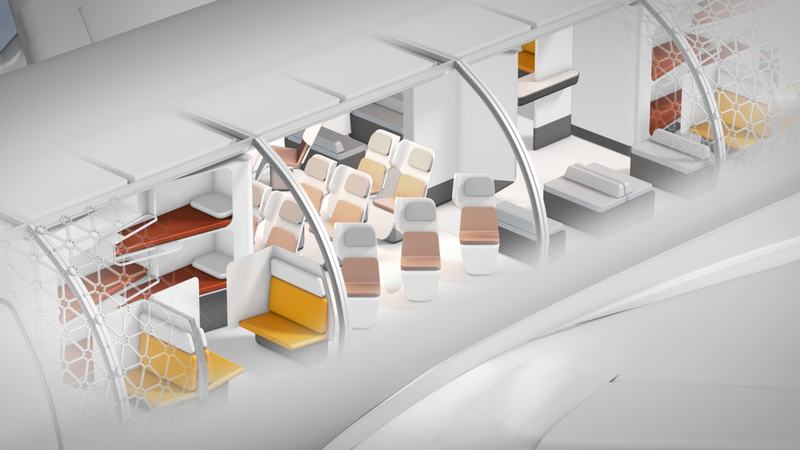 Passenger planes have generally always been laid out in the same way.  Rows of forward-facing seats are efficient and, beyond minor variations, seem destined to stay.

One company looking to shake up the status quo is Airbus, through A3, their Silicon Valley outpost.  Rather than the usual very rigid specification for new planes, what if a carrier could easily swap in and out new layouts, similar to how their freight airline cousins do?

A luxury restaurant pod could be added.  A larger sleeping compartment perhaps?  A games room might be fun?  A coffee lounge in the sky?  Differentiated experiences like these might encourage customers to open their wallets and generate extra profit for the airline, or allow advertisers to pay for the privilege of offering a unique brand interaction.

Jason Chan, E3’s cabin project leader, said “One of the reasons that we’re going public is so we can hear what other types of experiences passengers and airlines would be interested in having aboard their aircraft,”

It turns out that safety isn’t the obvious impediment here. Chan states that “The reason that cabins are by-and-large forward-facing seats and rows isn’t because other things aren’t safe.  We think it’s because there hasn’t been a system for airlines to reconfigure their aircraft more rapidly.”

However, obvious barriers remain - such a system won’t work with any plane in existence and future designs will have to built with a modular focus in mind.  It remains to be seen whether this innovation will ever make it into the wild but at the very least it is an interesting glimpse as to how innovation experts are thinking about the future.