My Recap of the Dubai Airshow - Sun, Sand and Big Deals 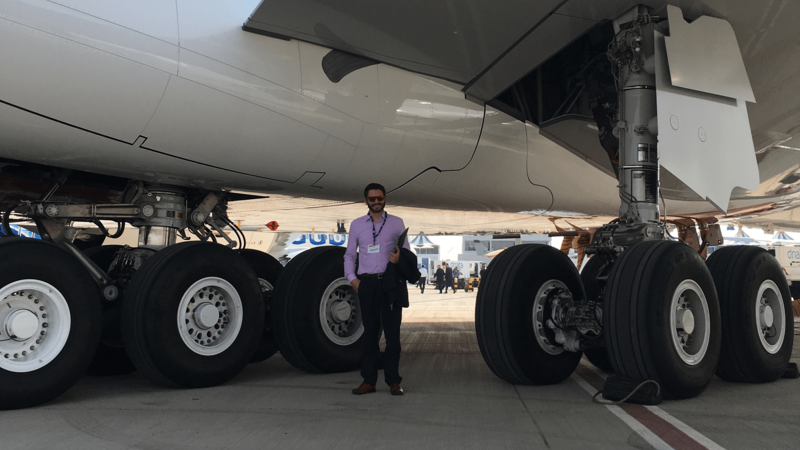 It was my pleasure to attend the Dubai Airshow last week for the first time.  Here is a recap of the week and my takeaways from a fantastic event.

Taking centre stage was the duel between Boeing and Airbus for show supremacy.  Boeing started the show well with a deal from Emirates for 40 787-10 Dreamliners worth over $15bn.  Airbus thought that they had clinched this order but were beaten to the punch due to concerns about the longevity of the A380 programme.  First blood to Boeing.

Boeing clinched some smaller deals with local carriers before the big one; a $27bn order for 225 737 Max jets from FlyDubai.  This was, according to Boeing, the largest ever order of single-aisle jets from a Middle East carrier.

Airbus only really started to get going on day three with an order worth around $2.7bn at list price from Golden Falcon Aviation for 25 A320 Neos.  Then came the big news - Indigo Partners, the US Private Equity house, had purchased 430 A320 jets worth a staggering $49.5bn at list price in possibly the largest aircraft deal ever.  A final $500m order from Air Senegal for two A330s pushed Airbus’s total to $52.7bn, “winning” the show over Boeing’s $47.6bn.

This frenzied dealmaking will have marked knock-on effects closer to home.  The massive deal announcements are brilliant news for the UK with the 700 aircraft ordered worth an estimated £9bn to the UK economy which will protect existing jobs and encourage new ones to be created.  As some of you may be aware, encouraging the next generation of engineers into the industry is a passion of mine - I chair a local initiative to develop skills within engineering and advanced manufacturing and to more closely align academic qualifications with the needs of industry - and the deals announced show more than ever that the UK aerospace sector will need fresh blood to continue to thrive in the years to come.

Away from the battle of the big boys, autonomy was high on the agenda.  It really felt front and centre at the show in the way that cybersecurity has been over the last couple of years. I saw some fantastic demos from suppliers eager to demonstrate their credentials in this burgeoning space.

I was also very impressed with the UAE in general.  From a brilliant hotel just next to the Abu Dhabi race track - great service, friendly people and some brilliant meetings with our local UAE customers hungry for yet more engineering talent.