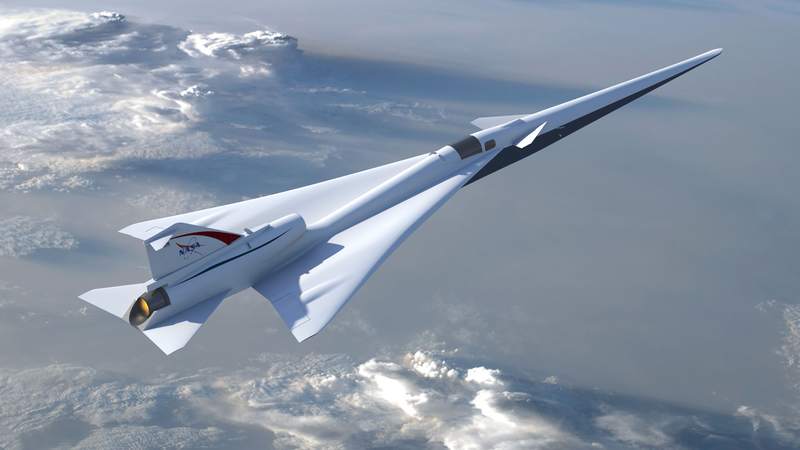 NASA has moved towards its goal of making a quiet supersonic passenger jet by finishing the prelimanary design review of the QueSST aircraft design.  The QueSST could make supersonic travel over land a real possibility, reducing travel times between major cities and unlocking sizeable economic opportunities.

The agency and its partner, Lockheed Martin, have determined that the design of the so-called X-Plane is capable of fulfilling the objectives of the mission - namely to fly at supersonic speed whilst avoiding generating the noise pollution that comes from a sonic boom.  The craft should instead produce only a soft “thump”.

David Richwine, manager for the preliminary design effort under NASA’s Commercial Supersonic Technology Project, said "managing a project like this is all about moving from one milestone to the next.  Our strong partnership with Lockheed Martin helped get us to this point. We’re now one step closer to building an actual X-plane.”

The decision comes after Lockheed Martin and NASA’s wind tunnel tests on a scale model of of the full craft.  Clocking in at only 8ft by 6ft, the model and subsequent performance of the design will allow the agency to request bids for a piloted, single-engine X-Plane.  Flight tests on a full version could begin as soon as 2021.