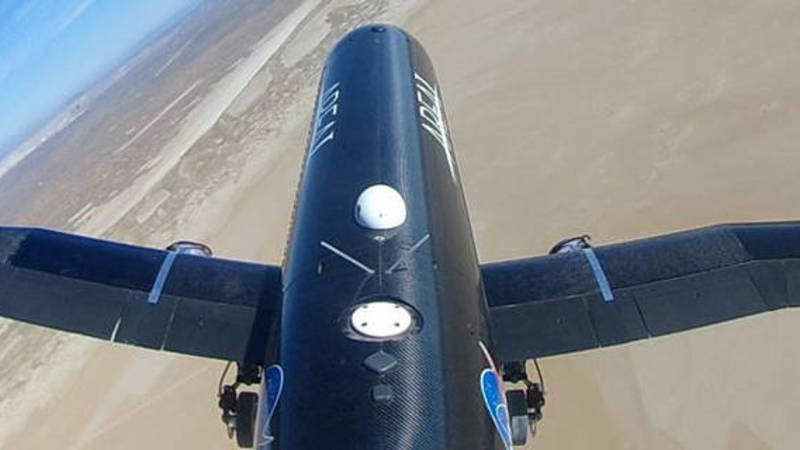 NASA has successfully trialled a heat-activated shape memory alloy that allows aircraft wings to be folded during flight without the need for typical motors and hydraulic systems. This is potentially a major breakthrough that could improve the aerodynamic ability of both subsonic and supersonic flight.

The new material is controlled by temperature and works by using thermal energy in tubes that act as actuators to move the end of the wings up or down. Upon heating, the alloy begins a twisting motion in the tubes which works to move the wing.  Test flights have been able to move the wings between 0 and 70 degrees both up and down.

The trials are part of the Spanwise Adaptive Wing (SAW) project, a collaborative scheme between NASA and Boeing Research and Technology, and took place at Armstrong Flight Research Center in California.

The Spanwise Adaptive Wing concept seeks to enhance aircraft performance through allowing the outboard portions of wings to adapt, or fold, according to different flight condition demands. NASA engineers believe this could create lateral-directional stability and reduce drag.

While wings can be folded today with motors and hydraulic systems, this adds a non-trivial amount of weight to the aircraft.  It is thought that using the new material could weigh up to 80% less than current systems which could lessen the need for heavier items such as the tail rudder.  This may result in a more fuel-efficient aircraft, as well as the ability for future long-winged aircraft to taxi in airports.

However, the biggest improvements may come when the aircraft moves to supersonic and hypersonic speeds.  By turning the wing tips down, the aircraft may be able to “ride the supersonic wave” which would reduce drag with strong performance gains.

SAW co-principal investigator Othmane Benafan said: “We wanted to see: can we move wings in flight, can we control them to any position we want to get aerodynamic benefits out of them, and could we do it with this new technology.

“There’s a lot of benefit in folding the wing tips downward to sort of ‘ride the wave’ in supersonic flight, including reduced drag. This may result in more efficient supersonic flight,” SAW Principal Investigator Matt Moholt said. “Through this effort, we may be able to enable this element to the next generation of supersonic flight, to not only reduce drag but also increase performance, as you transition from subsonic to supersonic speeds. This is made possible using shape memory alloy.”

“Folding wings has been done in the past, but we wanted to prove the feasibility of doing this using shape memory alloy technology, which is compact, lightweight, and can be positioned in convenient places on the aircraft.”